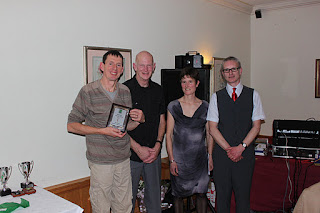 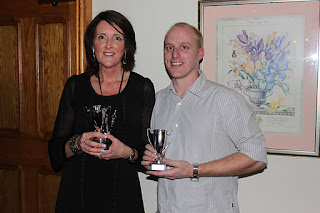 The annual awards were awarded at the Xmas Dinner at the Midleton Park Hotel last Sat night. Athletes of the year went to Claire Fitzgerald
and Kevin Smith,Most Improved Athlete Breda Cahill and Adam Duchnicz and Fergal O'Meara and Best Beginners went to Helan Gilroy and Barry Aherne.Special Awards went to the ladies cross country team for their outstanding achivements and to Neilus Aherne for his winning of the National Half Marathon title o/55 and to John Hennessy for his great success in Track & Field.A special award was presented to Sally Drennan who had managed the ladies cross country team to their success and who has pioneered cross country running in the club for a number of years now.A great night was had by all despite several having run the Half Marathon in Waterford that day and others having to run National Cross Country Races the following day and also the Turkey Trot. 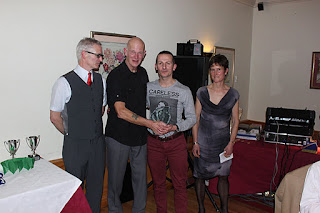 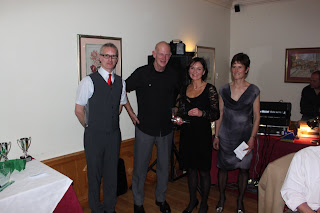 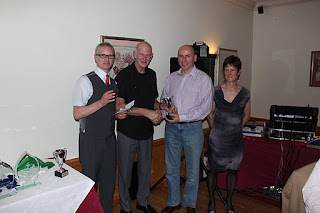 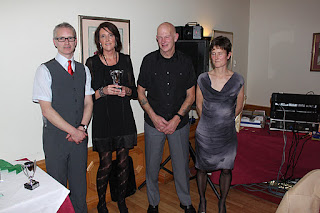 Posted by Midleton Athletic Club at 15:13