Astrid Gets A Steam Train

Well done to Astrid Micheel who ran like a train and got a steam train as a reward in a Virtual 10Km in Germany today. 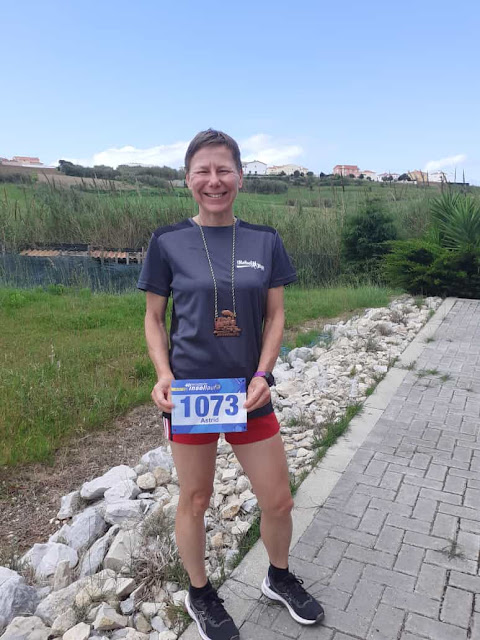 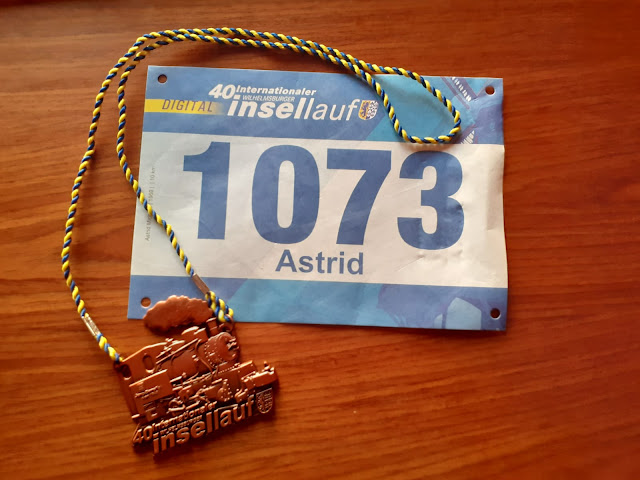 Some of our Lady Members modelling our Virtual 5Km T Shirts. The T Shirts have been a huge success with everyone praising the quality and design. Many saying they wished that other T Shirts that they paid dearly for were as nice.
All you had to do to get these ones were run the 5Km series and be a member of Midleton AC.
Membership is always open Information 0872403940 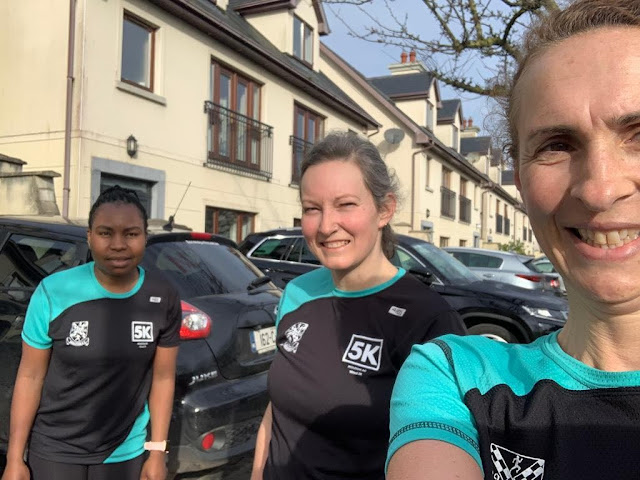 Posted by Midleton Athletic Club at 17:31

This programme is a collaboration between Cork Sports Partnership, Cork Athletics

Each live class is one hour long every Friday at 7pm for 4 weeks. (Starting April 16th)

All registrations are taken at the link below:

As always if you have any questions don’t hesitate to ask?

Posted by Midleton Athletic Club at 12:08

Results of the Virtual 5Km

Posted by Midleton Athletic Club at 12:03

Where to send your results to 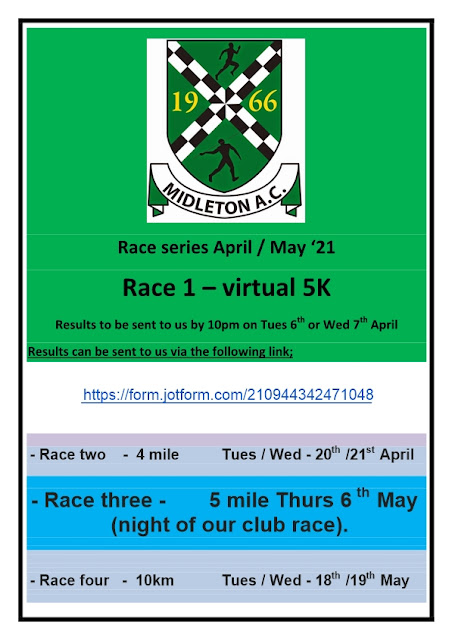 Posted by Midleton Athletic Club at 21:17 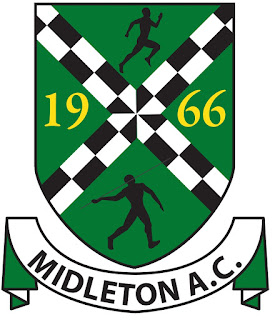 A very successful AGM of the club was held on Tuesday evening 29th March with a large attendance via Zoom.

Full reports were given by all relevant officers and the following were appointed for 2021.

The Senior and Juvenile Sub Committees were previously appointed and ratified at the AGM.

Posted by Midleton Athletic Club at 18:14