Some Midleton AC members under the guidance of Sherpa Andre went for a walk on Sunday. 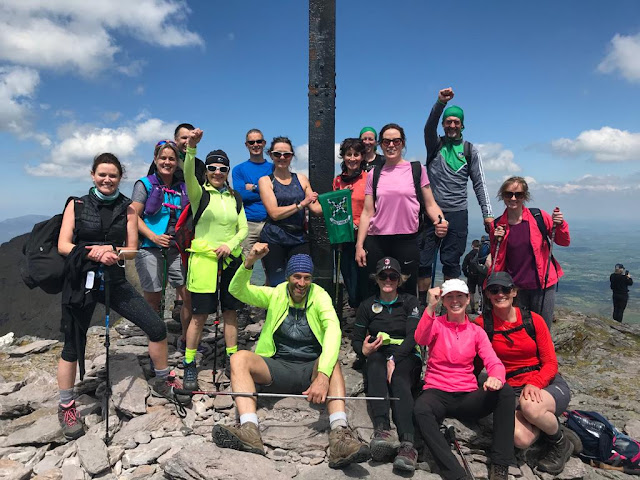 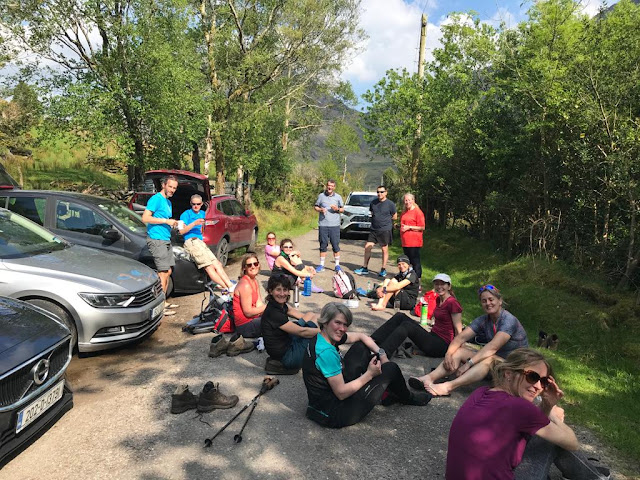 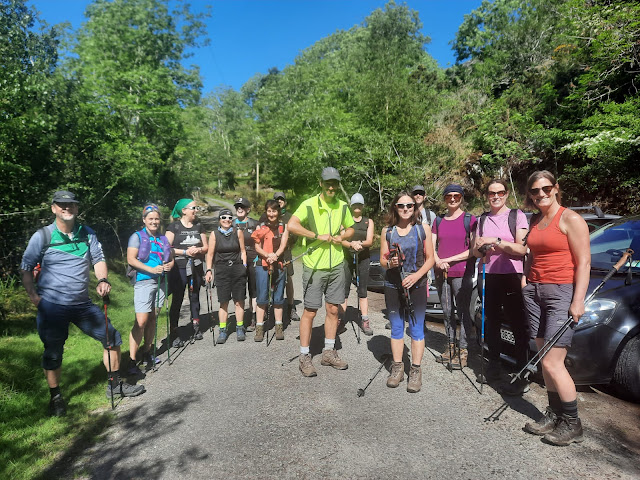 Posted by Midleton Athletic Club at 20:11

A massive well done to Nicola McPherson (Nicola Cooney) on having completed the Edinburgh Virtual Marathon on today Sunday. This was her first marathon and all was on target until two weeks ago when she acquired a pelvic injury. She was advised by her physio  to go ahead and run as it would be her only chance as due to her injury she would have to confine herself to shorter distances in the future. So go ahead she did and despite her constant pain and having to put up with the first really hot day we have had in ages she persevered and being the trojan warrior she is she managed to finish it in style. She ran the last Km with her daughter Molly who herself had run the virtual kids race in Edinburgh yesterday. Well done Nicola you did your club proud.

( Thanks to her proud Dad Kevin for the photos) 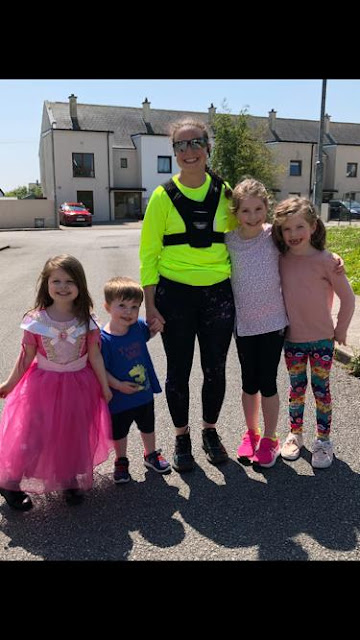 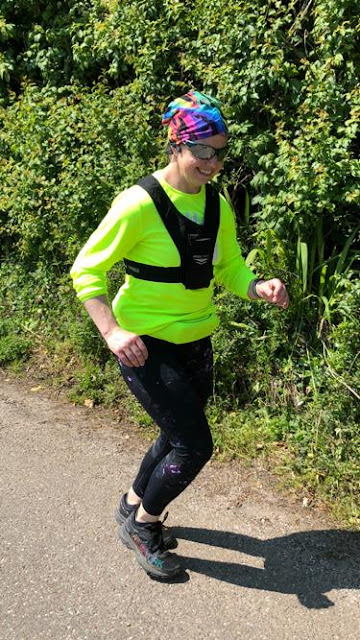 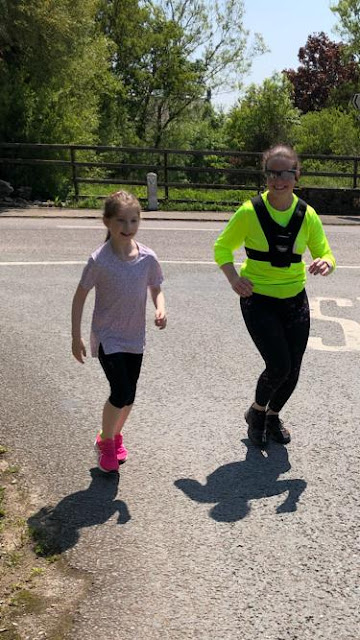 Posted by Midleton Athletic Club at 16:13

When I planned my route for the Cork City Virtual Marathon I decided to opt for a bit of nostalgia and some support along the way. The route began where I grew up, running down Blarney Street, along the quays out the Lower road and Dunkettle, Glounthaune,Carrigtwohill and along the back Fota road to Midleton. I met up with the Midleton AC crew which gave me a huge boost and we went onto Ballintotis and   back to Midleton. The support crew done an amazing job especially my family,friends, Mark, Tim and the Midleton AC runner beans. Thank you all so much -without ye the  challenge would have been alot harder. Here's to many more Team MAC days. 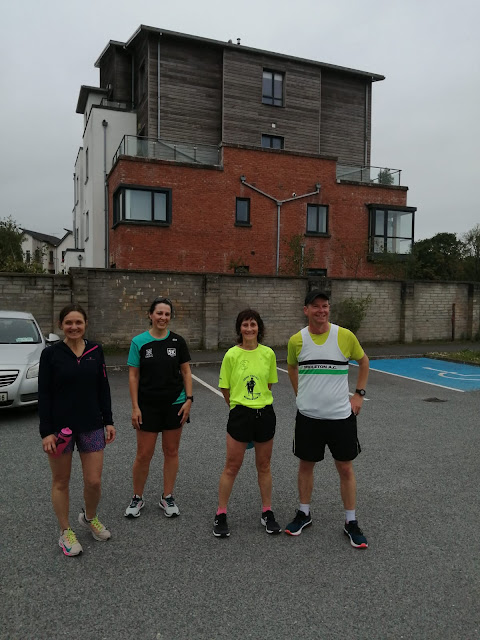 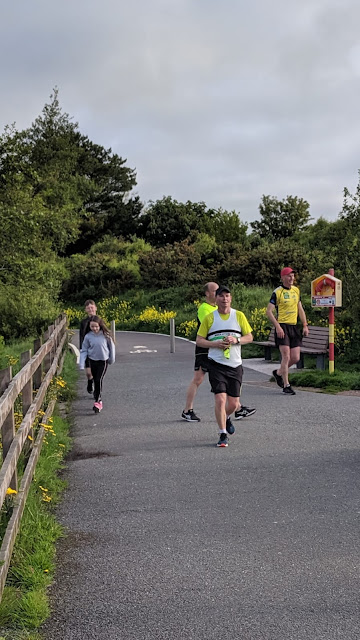 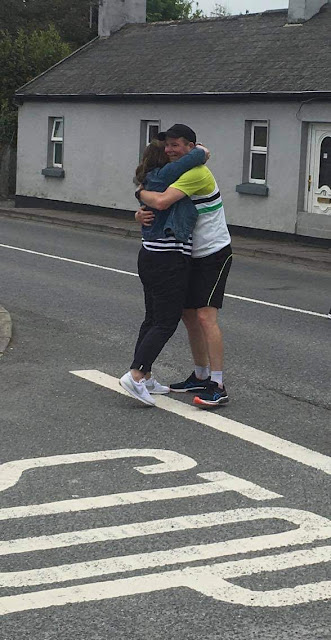 The HUG that makes it all worthwhile
Posted by Midleton Athletic Club at 12:54 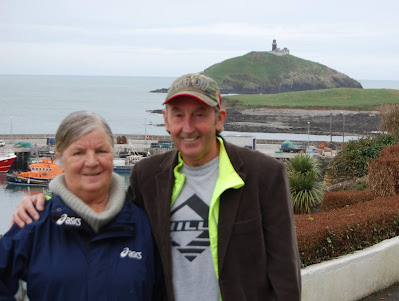 found to have feet of clay.” One thing that can be safely said of Ron Hill, who

passed away on Sunday at the age of 82, is that he certainly hadn’t, either

metaphorically or literally, feet of clay.

early 1970s, Ron Hill was the man. His many achievements on road, track

and cross-country were the stuff of legends. For those of us lucky enough

(even though now dog-eared and falling apart), no extra motivation was required

to head out on the roads on a dark winter’s night.

of clothing without the RonHill or Hilly logo. A couple of years after

commencing running, I purchased a pair of his famous Freedom Shorts

which he posted along with a signed brochure.

Having obtained his autograph, I hopefully looked forward to the day when I

would meet the man in person. In the late 1980s, through a friendship with

Brian McKenna who supplied the Ballycotton ‘10’ T-shirts, I competed in a

number of North of England races. As Brian belonged to the same

Clayton-le-Moors club as Ron, surely he would be at some event we attended,

but it was not to be.

On a September day in 1996, I took the bus from Manchester Airport to

based. Calling in to the shop around mid-day

hoping to see the famous face behind the counter, the helpful staff informed

me that unusually he hadn’t been in that morning. Purchasing some small

souvenir of my visit, I caught the next bus back.

While on the top deck, admiring the lush Cheshire countryside, I suddenly

spotted the unmistakably figure of Ron Hill gently trotting along the

pavement. Getting off at the next stop I waited (and wondered what would

I say) but he didn’t appear, no doubt his schedule that day taking him on a

who would receive an MBE for his fund-raising running events, had organised

the first of what would become an annual

Ron Hill Birthday race. Held from the Falcon Inn in the town of Littleborough

near Rochdale, it was only a one-mile race in honour of Ron’s 60th, but it was

enough just to be there.

One ambition had been realised; another remained unfilled. Ten years later,

with the Birthday Race having now been increased to 5km, a return trip

was made to Littleborough and an invitation extended

to Ron Hill to come and run the Ballycotton ‘10’ the following March.

And so on the Friday night before the 2009 10-miler, I waited anxiously before

pushing their laden trolley. The following day, bringing both from one hotel

to another, a brief detour had to be made to the nearest town with an

of a few cans of beer.

had maintained a weekly tradition of a Thursday night meal of fish and chips.

This was no doubt a throwback to Ron’s original hero, Alf Tupper,

Northern background who took on and beat the world’s best runners.

category, his time of 85:41 well behind Tadhg Twomey of Metro-St Brigids

well documented but it’s no harm just recalling one of his greatest triumphs,

the Boston Marathon of 1970. On a wet, cold and windy day and attired in

just a string vest, minimalist shorts (which he designed himself)

and a pair of thin Reebok shoes, he knocked over three minutes from the

shocked when he learned the finish time, the first Briton to win Boston.

The winner at Boston in recent years could expect to receive $150,000 in prize
money, plus bonuses and expenses. In his day, Hill received a medal, a
laurel wreath and a bowl of stew. His airfare wasn’t even paid, the money
came from a fund set up by the Road Runners Club (an organisation  I’m proud
to say I’ve been a member of for 45 years.)

The morning after Ballycotton, I accompanied Ron on a three-mile run along

part of what is now the increasingly popular Ballycotton Cliff Walk, taking in

the hill to the village where both of us had been part of the record 2,400

crowd the day before.

Although living no more than a five-minute jog from that Cliff Walk,

surprisingly I haven’t run along there since. So some evening this week

running legend and hero all of those 12 years ago.

both The Tough of the Track and the real King of the Road, 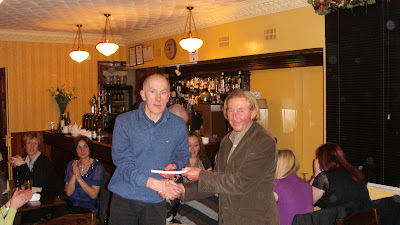 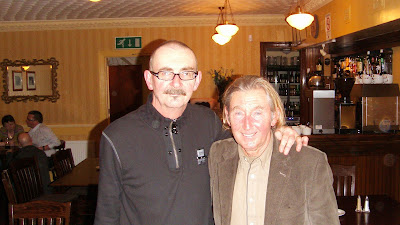 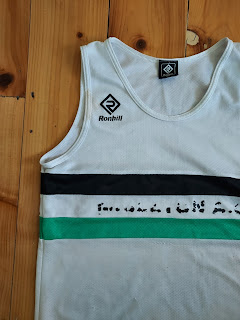 A well worn Midleton AC singlet manufactured by Ron Hill.
When Ron ran Ballycotton 10 he and his wife were guests  of honour
at Midleton AC's after race dinner in Water Rock House where
a presentation was made to him on behalf of the club.
Read more about this amazing runner here
https://www.theguardian.com/sport/2021/may/23/ron-hill-obituary
Attachments area
Posted by Midleton Athletic Club at 13:50

Trail Running in Curragh Wood on 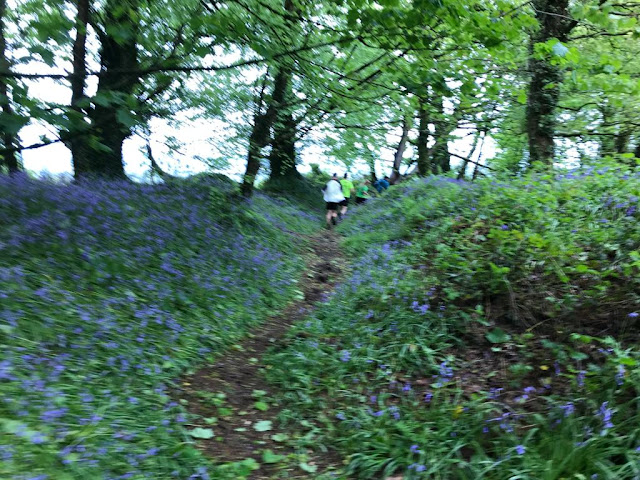 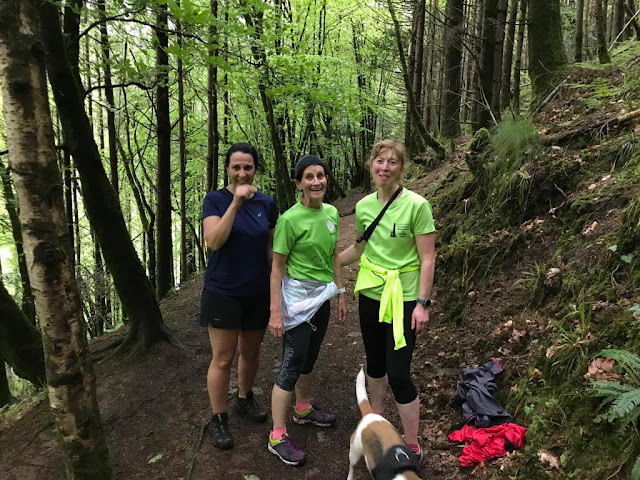 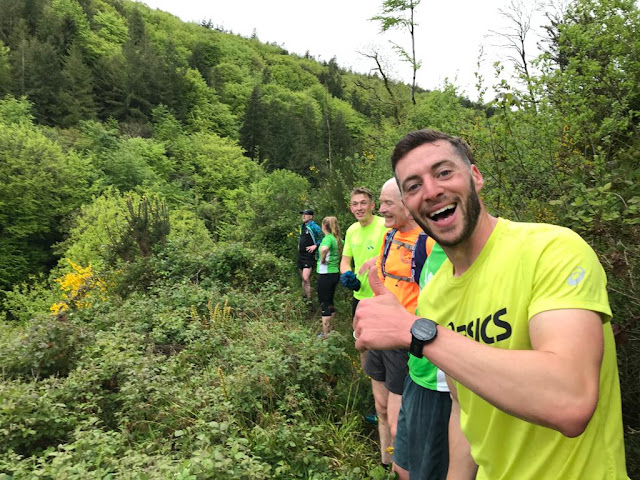 Posted by Midleton Athletic Club at 23:15

Results of Virtual 10Km Below

Dont forget to look at the new club gear in previous post.

You are guaranteed to go faster in it.