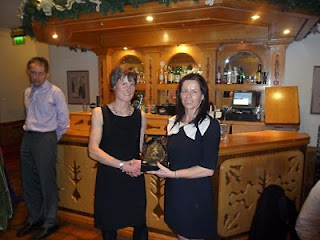 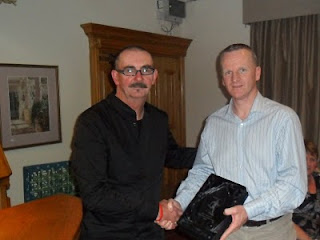 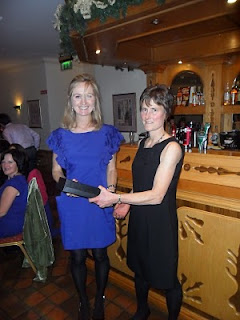 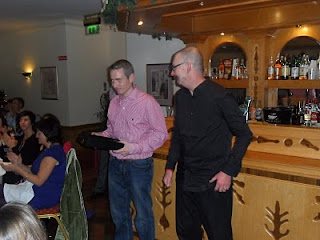 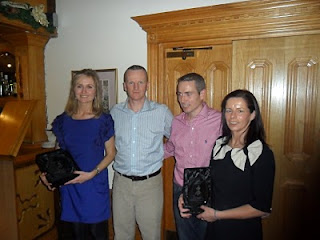 Senior Section News
It’s that time of year again to extend the compliments of the season to all associated with our club and their family members. 2010 seems to have zoomed by at pace and here we are already glancing to what lies ahead in what promises to be another hectic year of activity. 2010 saw a number of new races intorduced to the local fixture list, some of which attracted a huge number of entries. It was also a year which saw Midleton athletes break new ground is terms of prizes collected and times recorded. Our club membership soared again and many who have joined our club in the past 12 months have gone on to make huge progress in a very short space of time.

There is something for everybody over the next few months on the race scene. Those who wish to cover a shorter distance mid week or those who wish to tackle the Munster 10 Mile Series, beginning in Mallow on January 9. (Please take note of the specific entry details for each of the races which is outlined later n this report.)

Add in the usual mix of seasonal fixtures in Shanagarry, Newmarket, Belgooly and Bandon along with the traditional Goal Mile on Christmas Day and it appears as if the winter running schedule is almost as busy as the summer schedule. Because of the uncertainty with weather which we experienced recently and indeed during the months of January and February this year, the advice is if in any doubt make sure to check if the race is going ahead before you make your journey. A list of contact numbers is in most cases included below which give direct access to the respective race organisers.

Remember also to keep a daily check on the Midleton AC blog www.midletonathleticclub.blogspot.com for regular updates throughout the week.

Remember the final cup off point of Thursday December 16th for all club runners wishing to run in Ballycotton is now almost upon us. The initial 2,500 entry cut off point was reached three days after the forms became available – all of these entries are now posted on the Ballycotton Running Promotions web site.

Race 1 in the John Buckley Sports Munster Series is in Mallow on Sunday January 9 (12.30pm). Whilst entries will be taken in advance or on the day for this race, it is certainly easier for all concerned to log on to the Mallow AC web site and enter in advance. This year will have pacers for various target times whilst chip timing will also be used.

The organisers of Race 2 in Dungarvan on Sunday January 30th have stressed that they will only accept pre entries. It costs 15 euro before this coming Friday December 17th or 20 euro before the final cut off point of January 17th. More info is available on the West Waterford AC web site

The Goal Mile has become very much part of the Christmas Day ritual for many runners. This year there are a number of options where you can participate locally.

Seasonal Fixtures
- Just a quick word about some of the more immediate seasonal fixtures. The Ballycotton Running Promotions team organise the Shanagarry 5K which is a low key event over the same course as the Festival 5K back in August. Just drop along to St Colman’s Boxing Club to register on Saturday next. The race begins at 12.30pm. By the way if you can bring along a seasonal spot prize it would be appreciated.

Then on Sunday next the Duhallow A.C promoted Newmarket to Kanturk 5 Miler will begin at 2pm. Entries will be taken at Hourigans High Street Bar in Newmarket and there will be lots of prizes in all categories. There is also a non competitive walk commencing at 1.30pm. Donie Shine of the organising committee told me on Sunday last that there will be a prize for each finisher. All proceeds go towards the Irish Motor Neurone Disease Association.

Belgooly should see a huge gathering on St Stephen’s Day for the noon start in the Dick Copithorne Memorial over 4 miles. Given any luck with favourable weather numbers could stretch to 500. Give yourself plenty of time in advance.

In some of the earlier fixture guides the Bandon 5 miler may have been listed as a mid week event just after Christmas. Note the race will be on Sunday January 2nd.

The first BHAA race of the New Year will be in Little Island – the FMC 4 Miler on Sunday January 23rd. Please note all membership of the BHAA will be due from January 1. In order to be in contention for prizes on day 1, runners will need to registered in advance of race day. Kevin Cummins is the key link – just log on to the Cork BHAA web site for more information.

After all that looking ahead it’s now time to look back and pay tribute to Midleton Park Hotel who proved to be great hosts as our club dined and wined at our Christmas Dinner. A huge gathering was present and it was great to see many of our new members joining many of our regulars.
At the end of a superb meal, presentations were made to Margaret Twohig (Most Improved Female Athlete), John Carey (Most Improved Male Athlete), Deirdre Aherne (Female Athlete of the Year) and Marc Dalton (Male Athlete of the Year).

Tributes and words of praise were directed to all our competitors who took such an active part in the running year, with many achieving personal best times and several collecting individual prizes on a regular basis.

Ladies team captain Sally Drennan had special words of praise for Michelle Nolan who climaxed her fantastic season with a splendid run in the Dublin City Marathon in late October.


One of our members Patsy Keane brought his own special touch to the evening when reciting his poem centring on the famous Ballycotton ‘10’ and featuring our own club. Well done Patsy!

- A word of thanks to all in the social committee for the efforts in organising the night’s function. Here’s hoping for another great running year in 2011.

A new sports shop for all runners will open in Midleton soon. ‘Run and Tri’ will soon open its doors at The Square, Coach Horse Lane. The proprietors have offered a club discount to Midleton AC and will indeed will visit us at training at Midleton Community Centre (7pm) on this Wednesday.

Mention of training, with the holiday season approaching please note our training arrangements for the forthcoming weeks.

At this stage a big 'thank you' is extended especially to Edmond and Vincent and all of who helped with training during 2010.

Many club runners will of course continue their own training over the next few weeks, so ask around at training and get into some group training during the holiday season.

Great to see Kevin Smith back in action after injury and back to his best. Kevin had a brilliant run in last Saturday's 10K in Clonakilty coming home in second place overall, another significant land mark in his excellent season. Meantime in Marathon action – we say congratulations to Mary Toher who ran the inaugural Clonakilty Marathon and to both Denis Kelleher and Shirley Garde who took part in the Half Marathon. The Half Marathon in Waterford was postponed.

A special word of congratulations to Ned Ramsell who received a special award on Sudnay last when he completed 5 years as an ever present in all BHAA races. During that time the Carrigtwohill man has picked up a number of prizes but last Sunday's award is one which very few runners in the county might ever match. Well done Ned! Over 200 runners took part in the Cork Simon Charity Run on Sunday. (no results have yet come to hand)

The introduction of a Half Marathon will give a new look to next year’s Cork City Marathon, which was launched recently. One other significant change sees the Marathon begin a half hour earlier at 8.30am.

Finally, as this our bulletin of the year, may I take this opportunity to wish all our members a very Happy Christmas and a Peaceful New Year. Please note that race news and results will be sent to members via the e mail service over the next few weeks. Our next review will come following the Mallow ‘10’ on Sunday January 9.

Until then, as always – ‘keep on running’.

Posted by Midleton Athletic Club at 23:33