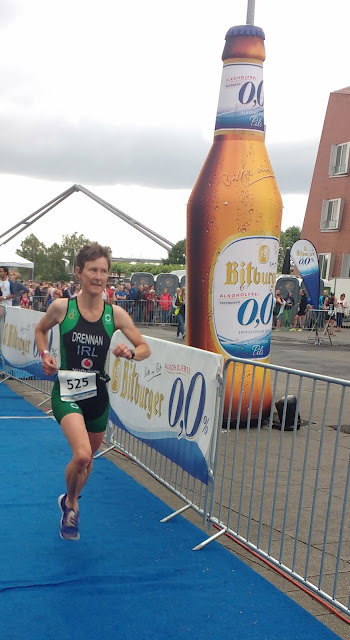 Just back from a great trip to Dusseldorf where I had the opportunity to compete in the European Triathlon Championships for Age Groupers.  This is held in conjunction with the Europeans for the elite athletes so it was a wonderful chance to experience international competition as well as watch the the top European athletes competing for the title of European champion.

I was competing in the Sprint distance which is a 750m swim followed by a 20 km cycle and then a 5 km run.  Three days before my competition the temperature hit 36°C.  That day it was an effort to walk, let alone swim, cycle and run! To our great relief the temperature dropped significantly and it was a pleasant 20°C on the morning of the race.

The swim was in the port of the river Rhine in Dusseldorf.  Beautifully warm water meant that wearing a wetsuit was optional.  Any warmer and wetsuits would not have been allowed.  Being optional means that most people, including me, chose to wear the wetsuit, as the extra buoyancy helps you gain time on the swim.  I was pleased with my swim on a  longer than normal course (nearly 900m), followed by 66 steps to get up to street level and into the 350 m long transition! This meant a very long run to the bike, but it was the same for everyone.  I was glad that my cycle went smoothly.  After a couple of showers earlier in the day, the roads were wet in places and very slippery.  A lot of people came off their bikes, but luckily I was OK.  Then back to transition to drop the bike and head out on the run course.  I can't say I enjoyed the run.  Having had a string of injuries, the latest of which pretty much prevented me from running at all for the three months prior to the competition, I was very far from peak fitness.  However, it was a nice flat, two loop course with fantastic encouragement from the Irish supporters, local people and other teams' supporters too.

I finished up 16th out of 36 in my age category which I was very happy with, but also left me keen to try and improve on that performance with better preparation, if the opportunity arises again.

I would like to express a huge thank you to all the Midleton AC athletes who have been so supportive and encouraging. 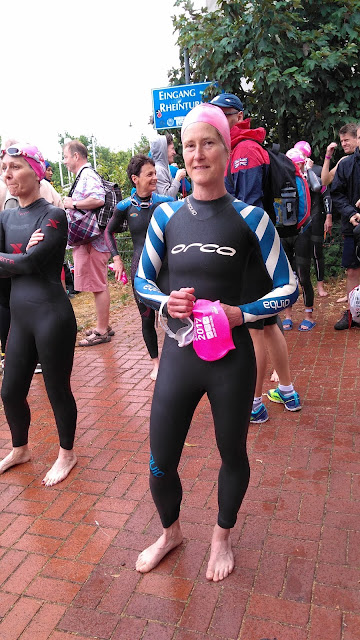 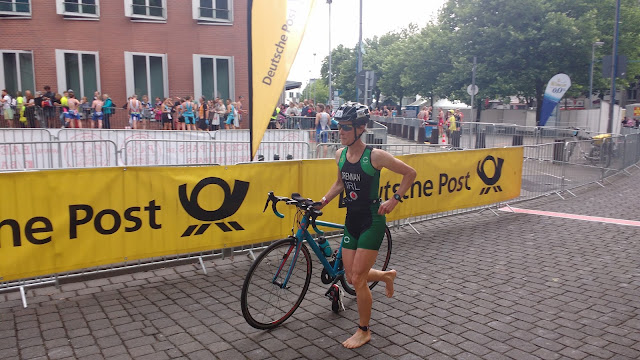 Posted by Midleton Athletic Club at 22:18