Ballycotton 10 2010
Midleton AC crew getting ready in the car park before the start. Well done everyone. 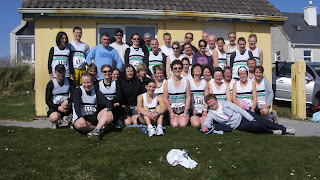 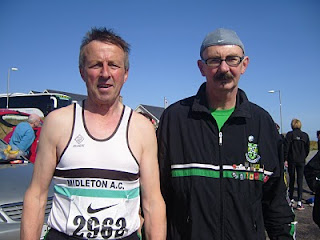 Ballycotton dominated the running landscape overt the last few days with the famous race attracting another huge entry. Midleton AC had over 80 finishers this year with some outstanding displays by athletes in various sections of the field.
Congratulations are especially due to Margaret Barry winner of the Over 60 category and to Tom Cody runner up in the Over 55’s. Noel O’Regan had a blistering run, setting a new pb with his 58:22 finishing time whilst Shane Cooney also had an outstanding day, finishing just over the hour mark.
Further down the field each individual Midleton AC runner had their own story to relate of the big race. For some it might not have been as good as expected, but for others such as Vincent O’Neill, Brian Nolan and Patsy Keane to mention just a few it was a very satisfying afternoon. With over 80 runners taking part it is impossible to detail the majority of individual performanc but there is no limit to time on the Midleton AC blog http://www.midletonathleticclub.blogspot.com/ or on the Cork Running blog which both have plenty of race material. Of course the Ballycotton Running Promotions site also carries the full race results. A more detailed report on the race will be forwarded to Midleton AC members later.

Before leaving the race

a collective ‘well done’ is extended to all who crossed the finish line from our club and a special word of congratulations to Maura O’Doherty and Kevin Smith who won our time prediction competition.

Ballinhassig
Whilst on the subject of congratulations, it’s ‘hats off’ to Donie O’Connell who apart from running a fine race in Ballycotton also made a winning debut in his new category at the Paddy Desmond Memorial Race in Ballinhassig on St Patrick’s Day.

All club members are asked to note that a very important meeting of our club will be held at O’Meara’s Bar in Ballinacurra on next Monday March 29th – 9pm to discuss plans for this year’s Midleton ‘5’ Mile Road Race. If you feel you can help in any way please join us next Monday.

The upcoming race diary is packed with established and new events. First up it’s the rescheduled Belgooly ‘4’ at 11am on Easter Sunday, followed by the Boherbue to Kiskeam race on the following Monday. Kilnaboy, Cobh and Ballintotis all host races within the following two weeks.

In the meantime ‘keep on running’. 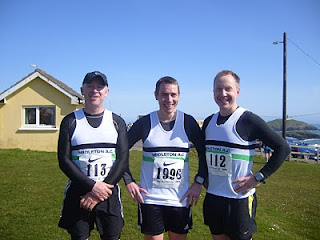 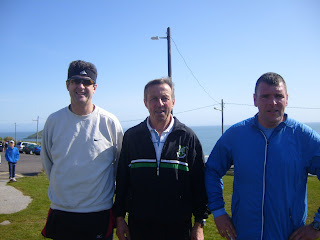 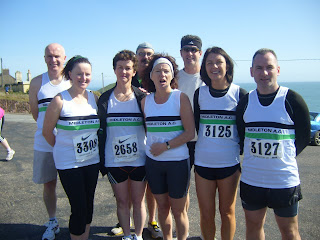 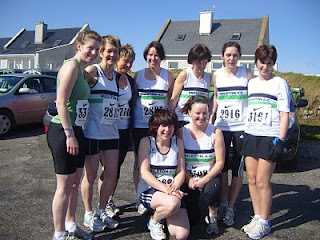 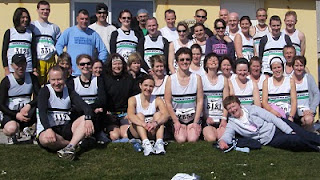 Posted by Midleton Athletic Club at 10:30