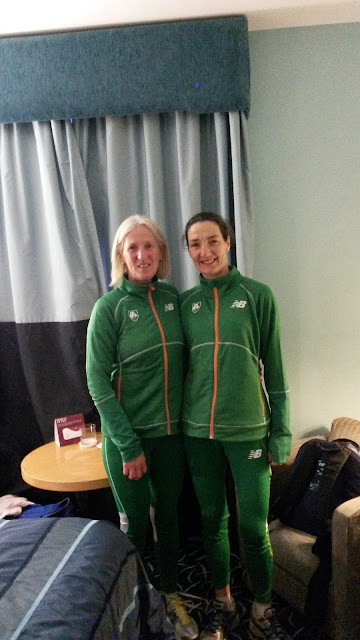 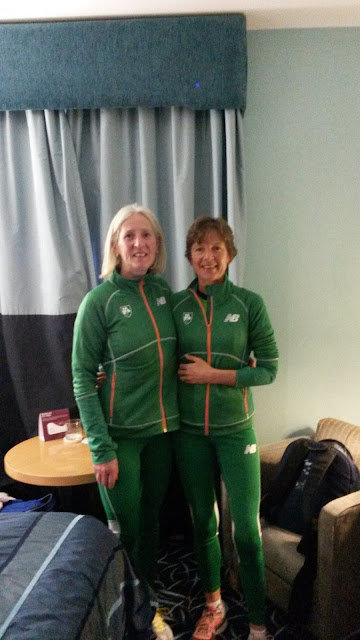 
Conditions were tough over the 6km XC course.  The underground was muddy and combined with the constant rain that persisted all day it was true cross-country conditions.


Having to pull out of the team last November due to an accident, she was delighted to be selected for the team this year.  It was 2008 since Joan last competed in this championship in Swansea, Wales when as a member of Midleton AC she finished 4th in the O/50 category and was the 2nd scorer on the Irish O/50 team that claimed silver that day.


Joan had previously won the individual O/40 category in 1998 and won bronze in 2003 in the O/45 category as well as being on many placed Irish teams’ pre-2007 when competing for St. Finbarr’s AC.

Midleton AC are absolutely delighted with Joan's amazing performances and so proud to have her in our club both as an athlete and a coach. Well done Joan Long may it continue. Danny
Posted by Midleton Athletic Club at 14:18