Donie Celebrates His 30th On Sunday

by John Cashman
It’s not his birthday or his wedding anniversary, but his 30th year to run the famous Ballycotton 10 Mile Road and legendary Midleton clubman Donie O Connell just can’t wait for Sunday to arrive. Donie and his wife Kathleen from Churchtown South have been two of the club’s greatest ambassadors for many years and two of the most familiar faces at races. If they are not running, they are usually on hand to cheer on their colleagues or lend a helping hand.
On Sunday Kathleen who has ran a number of “Ballycottons’s” herself will be in a spectators role, encouraging as many of her colleagues and acquaintances as she can pick out from the madding crowds. Familiar vantage points will be taken up, knowing as she does where many of us need that extra gee up when the going gets that bit tougher.  Meantime, husband Donie will proudly line up at the start line mindful of the fact that the 2014 will be a special day in his decorated career.
He has of course seen it all before, competed in numerous major races near and far and in the process has clocked numerous personal best times and amassed an extensive prize list.  Just last Sunday he and Kathleen competed in the County Masters Championships in Midleton and it was Kathleen who stole the show by the taking top honour in her cage category.
On Sunday like many Ballycotton regulars, the popular couple will follow their regular ritual on the biggest day of the local athletics year.  They will arrive early, meet the regulars, enjoy the craic, soak up the atmosphere and as always assemble with their Midleton colleagues for the traditional pre race picture and warm up.  It’s a tried and tested tradition which has proudly lasted through the time tunnel.
As Donie heads for the start line he will no doubt take a moment to reflect, before enjoying every second of a race that he describes as his All Ireland Final Day.
Out the course, family members including grandchildren are set to cheer on this legendary figure en route to picking up his Ballycotton mug.  At 60 plus he is an inspiration to many of the younger Midleton AC brigade and still regularly takes training sessions on Monday nights.  Sunday is a day when Donie reaches a Ballycotton milestone that few of us will hardly ever see.
Congratulations Donie  - Happy 30th and here’s wishing you another day to remember! 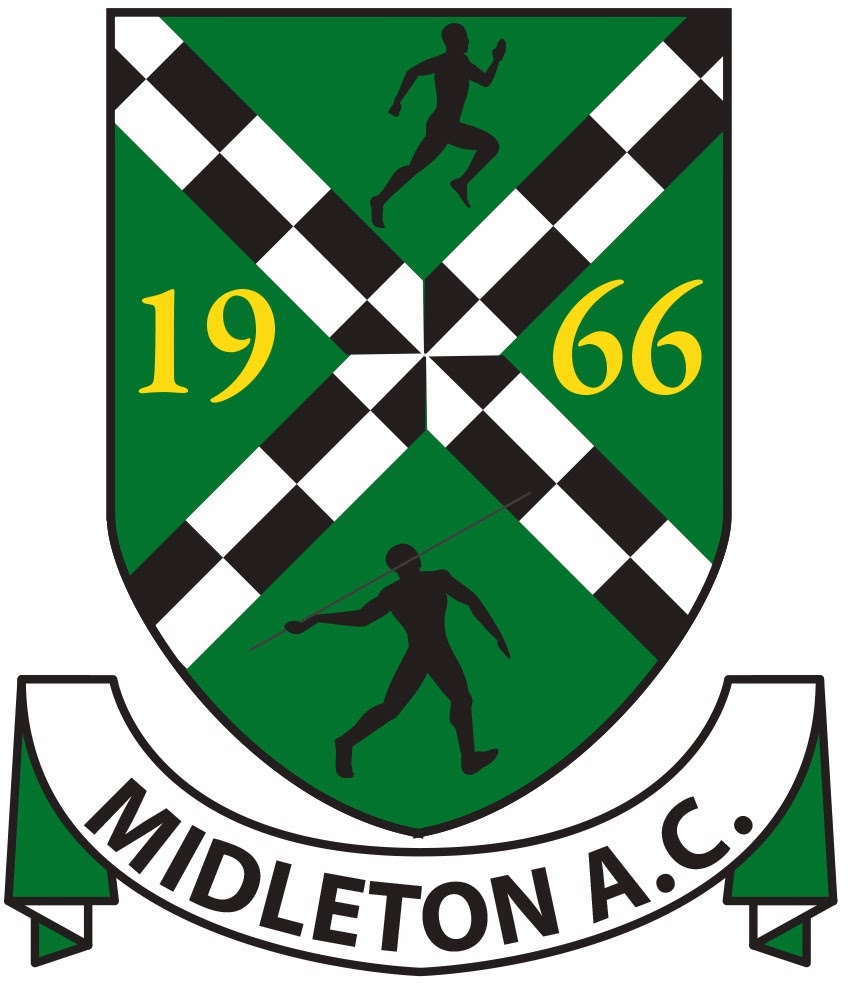 Posted by Midleton Athletic Club at 15:19