Report in the Aideen Hallahan came 6th in AIT last Friday. She was competing for CIT and threw10.27 meters. Well done Aideen. 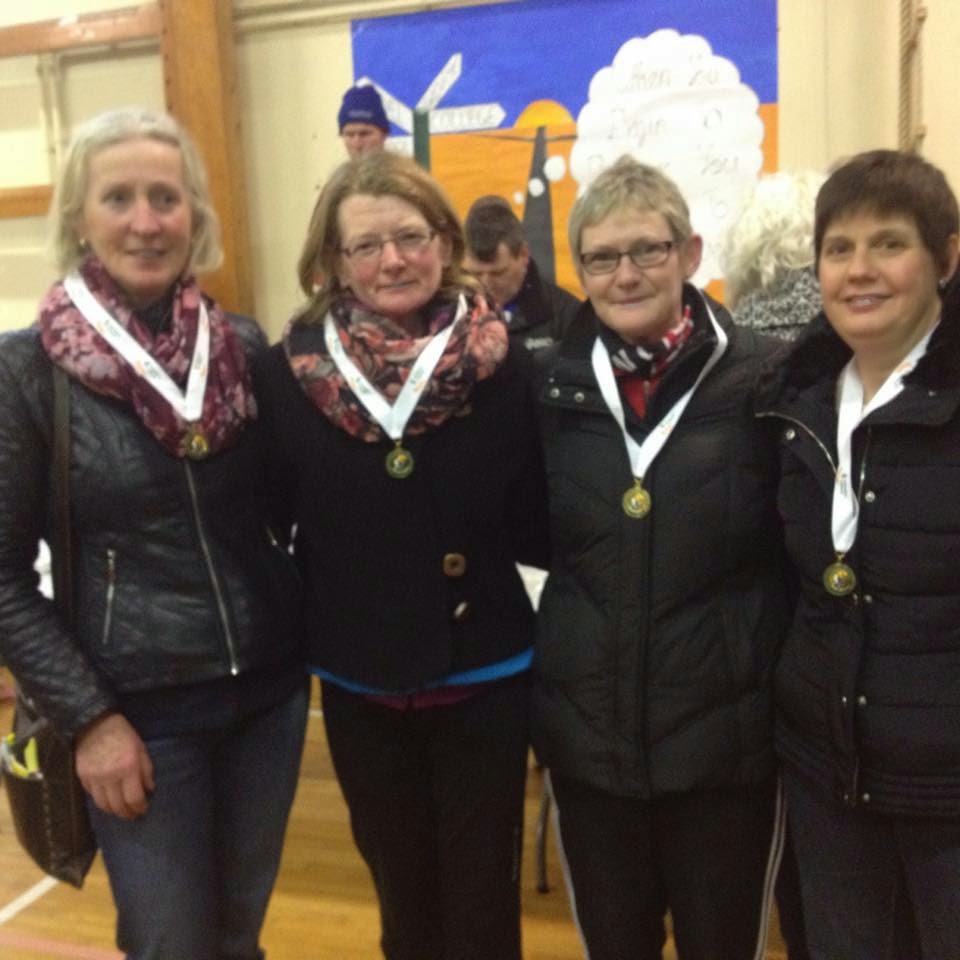 Picture shows the Cork O/50 Gold Medal winning team with Midleton ACs Joan Hough. Well done Cork and Joan we are super proud of you. Joan finished 5th in her category which is great running as the four ahead of her were on the O/55 team that won the British and Irish Masters in Nov.2014.. She was also 2nd scorer on the Cork Team  and finished 65th of one hundred and forty finishers from O/35 up.


The Cork Men's O/50 Team took the Bronze Medals in The All Ireland Masters Cross Country today Sunday with Neilus Aherne second Cork scorer and John Cashman third Cork scorer. Well done guys we are super proud of ye too.
Over a very nice and fast course but with freezing fog all day the three Midleton AC crew did brilliantly

What a fantastic series of wins we had on Sunday at the Eddie Hennessy Memorial 6Km race in Little Island. Anna Doris showed the form she has been promising for some time and came home 1st Lady. Louise Barry had another great run and came home 3rd O/35 to claim her first prize ever to huge applause. Not to be out done Bernie Twomey claimed her first win ever in taking 1st O/40 follow by two ladies well used to the podium Margaret Jones took 1st O/45 and Marie Gillman took 2nd O/50 and she also won a team prize and to crown things off got a PB as did several others.
The the newly organised team by Edmond O'Sullivan Midleton Town Council took 1st Team with Anna Doris and Helen Leonard (2nd Lady overall) this again was the first win for the new team. On the mens side we had one prize winner with John O'Halloran  taking 2nd O/60.
We had a fine crew out from the club including some supporters. There was a total of four hundred and forty two ran making it a new record for the race. The new 6km course proved very popular and the event was as always very well organised. Of course we have come to expect nothing less with Midleton ACs good friend Denise Twohig as one of the main organisers. Well done all and congrats on all the PBs. 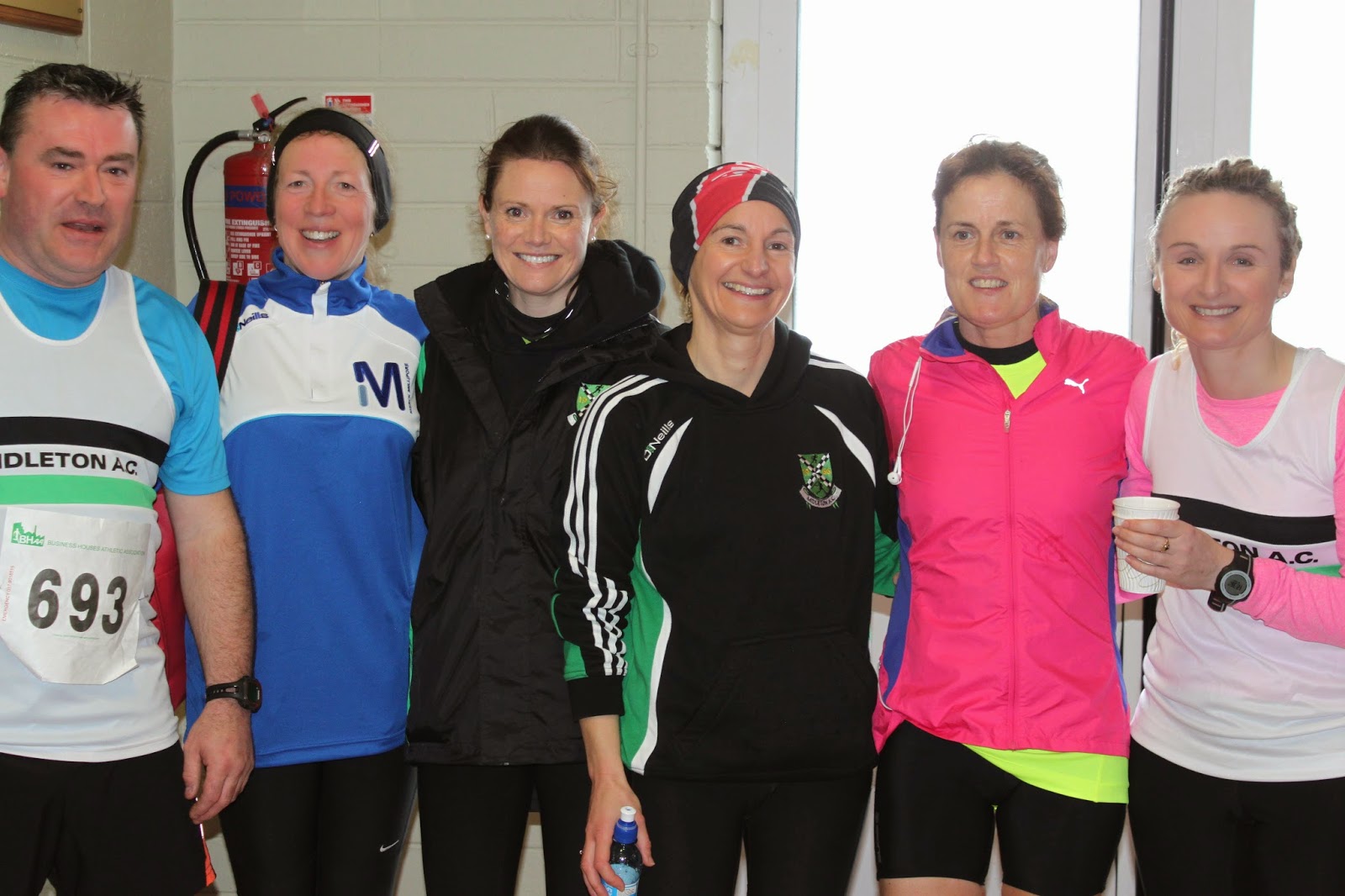 Some of the crew from Midleton AC. 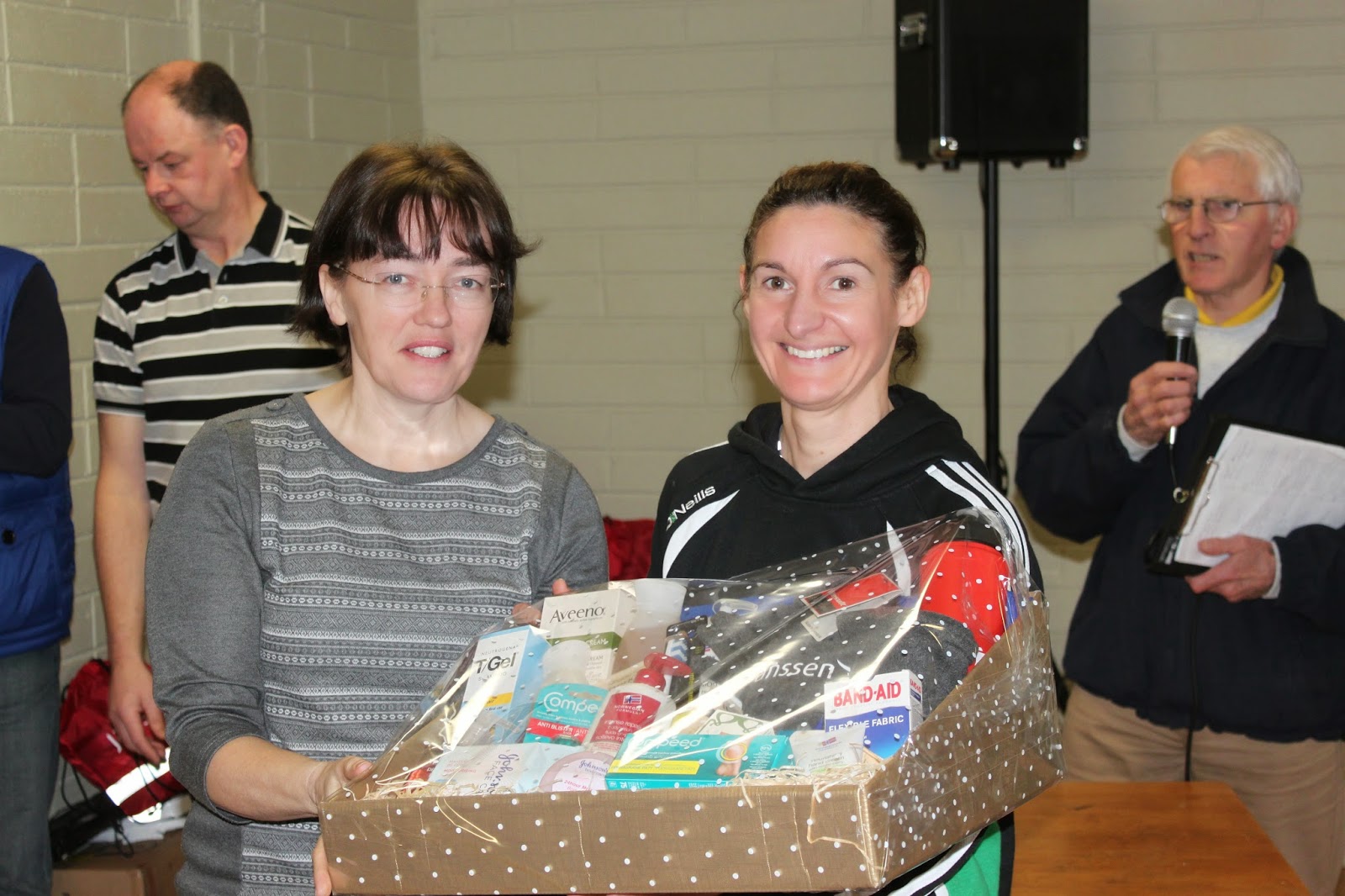 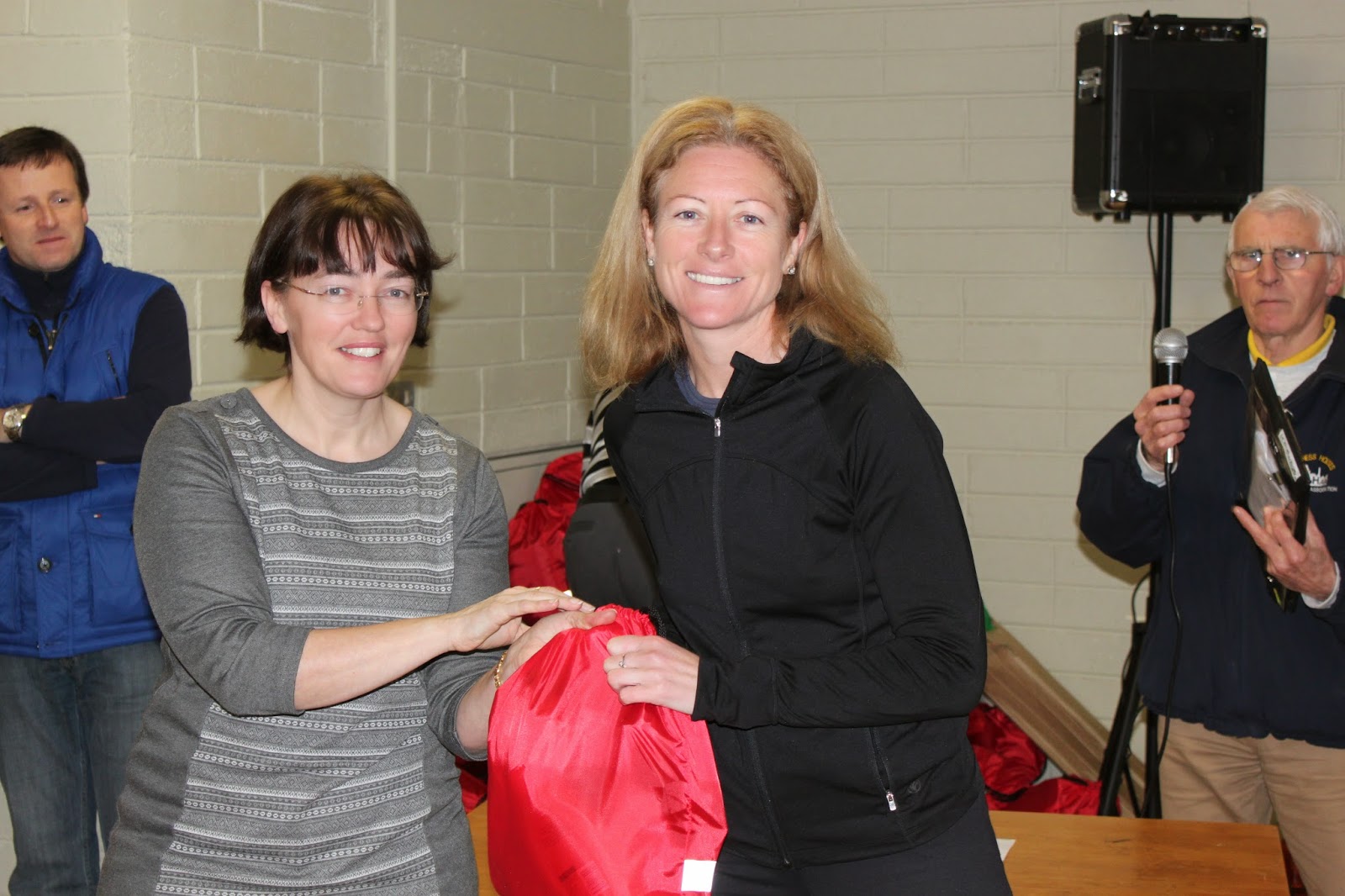 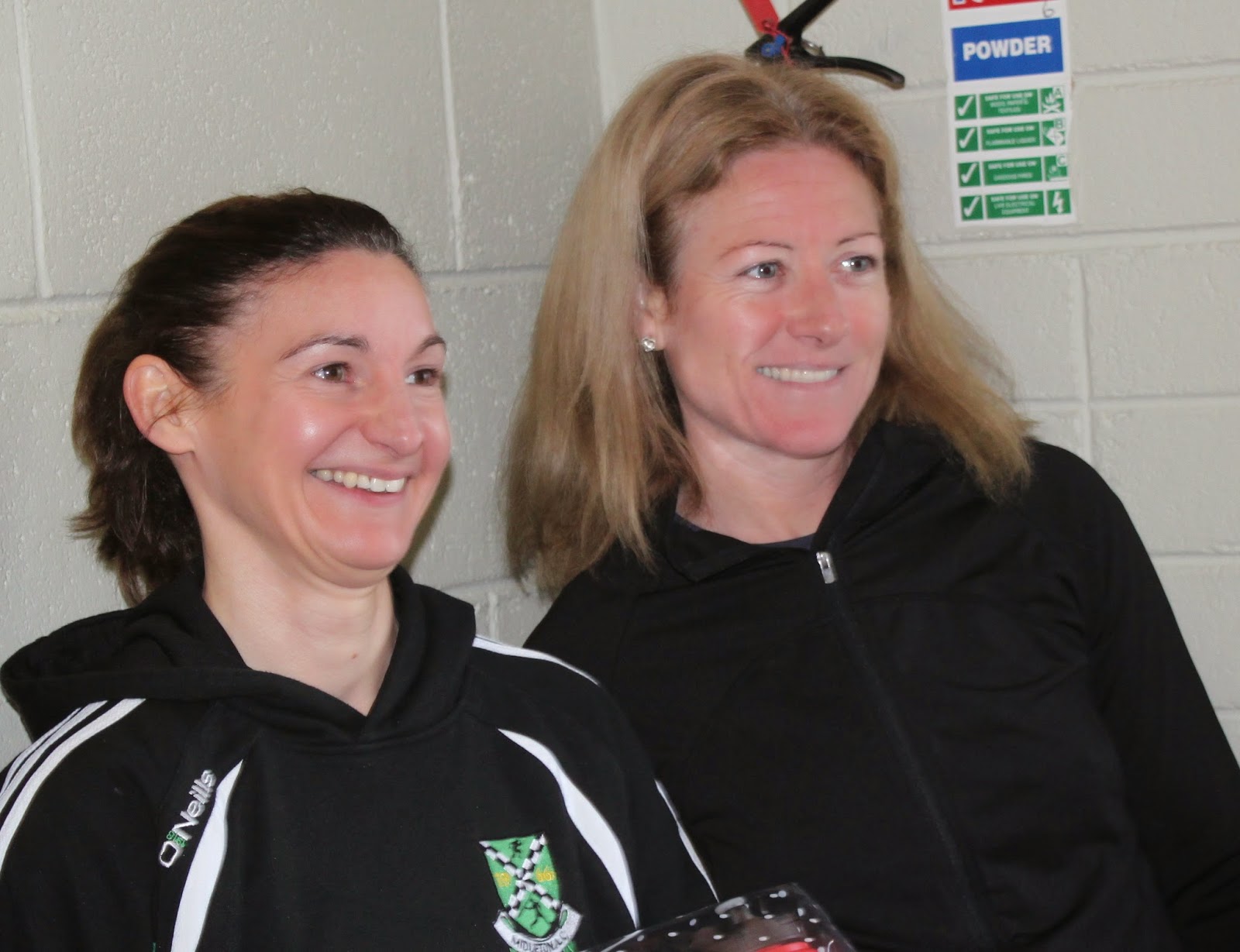 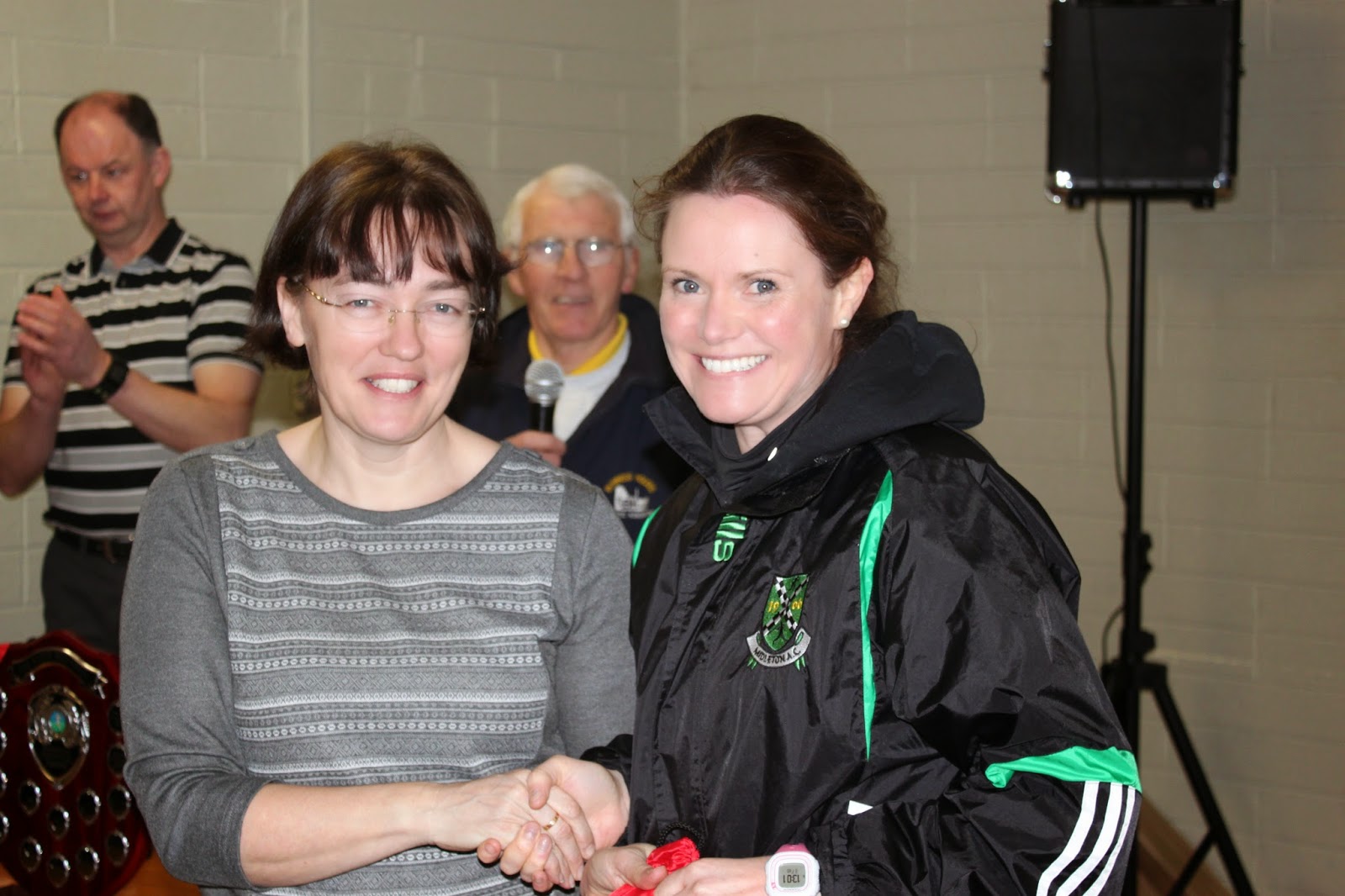 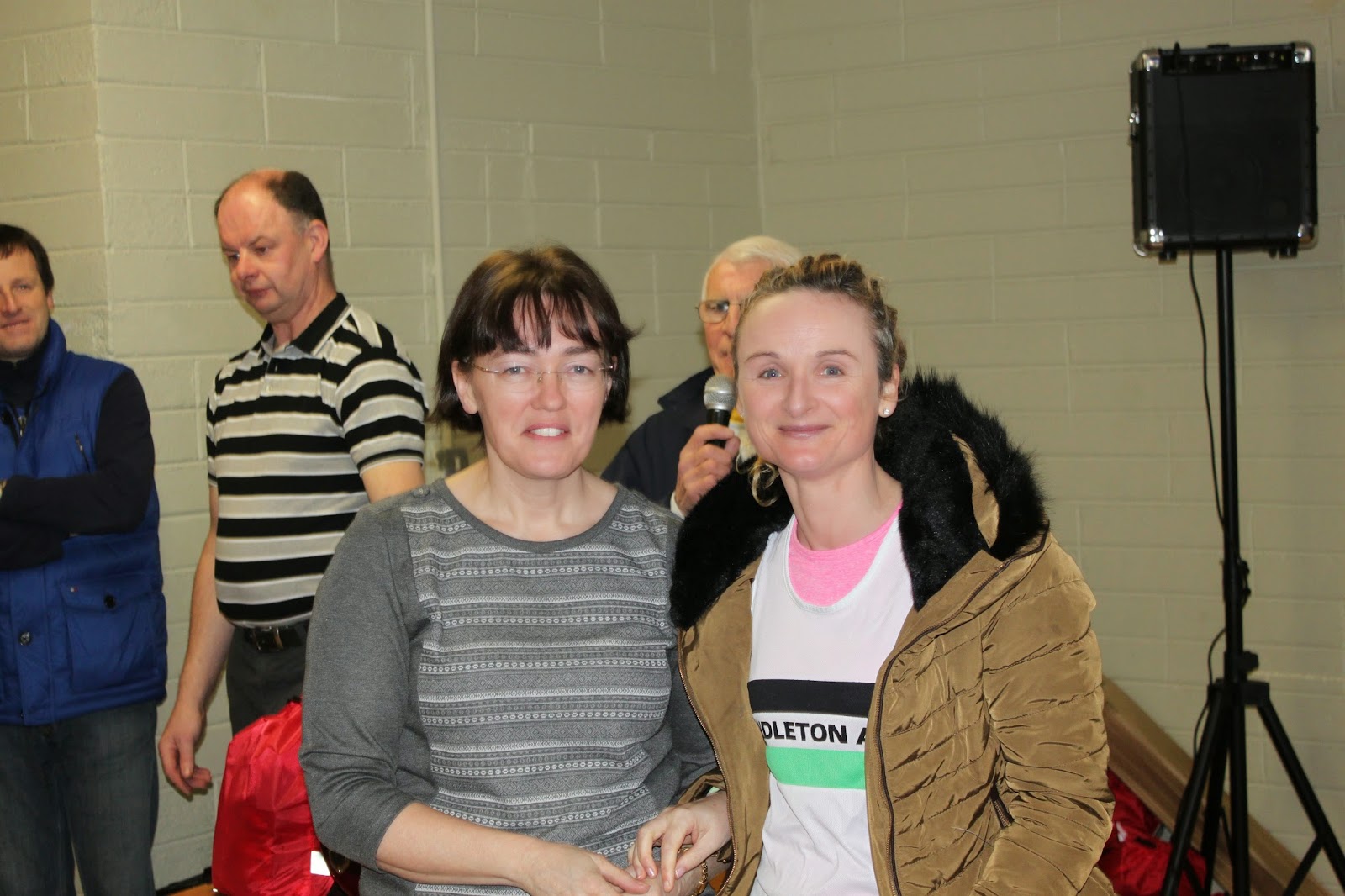 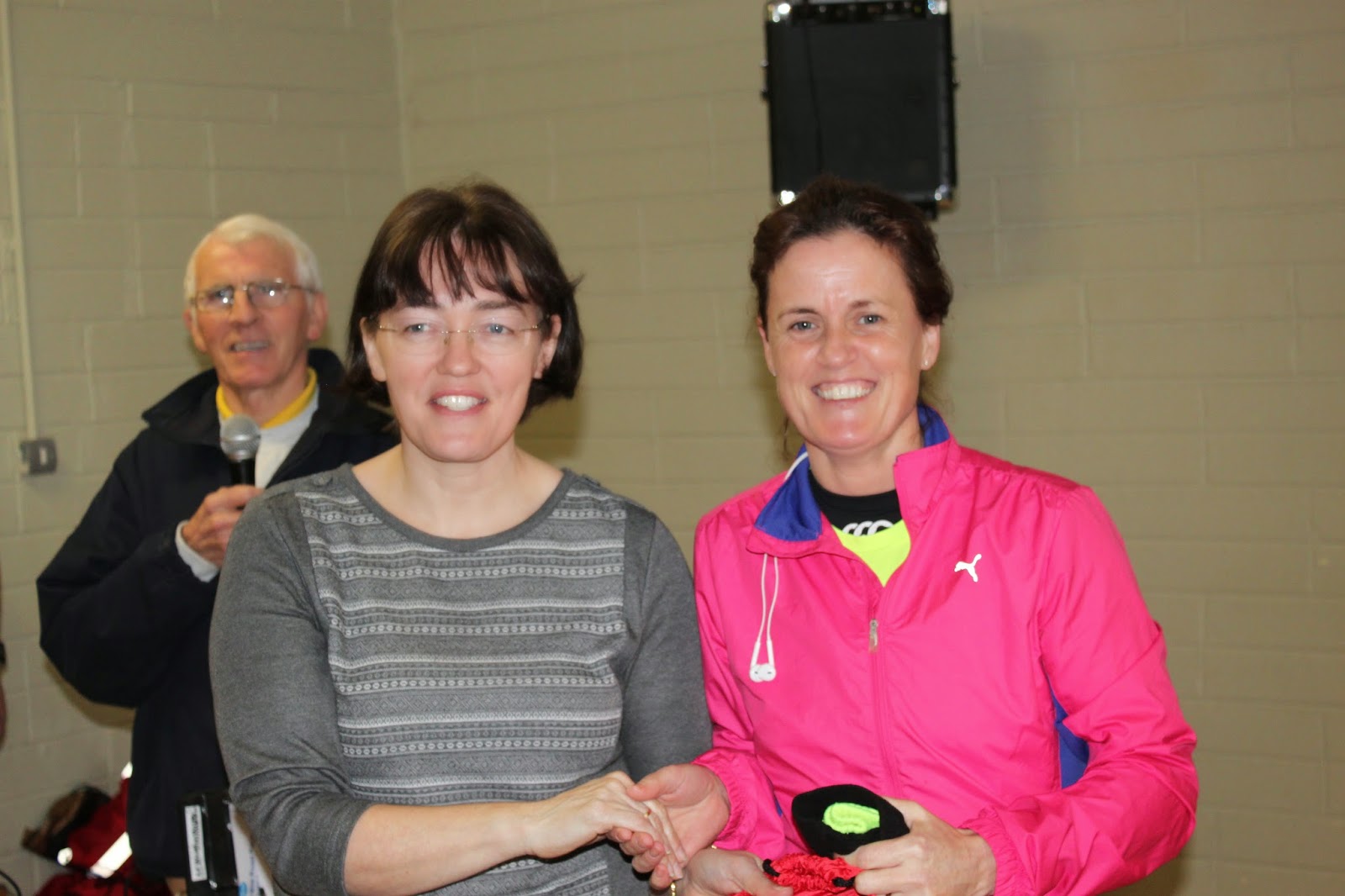 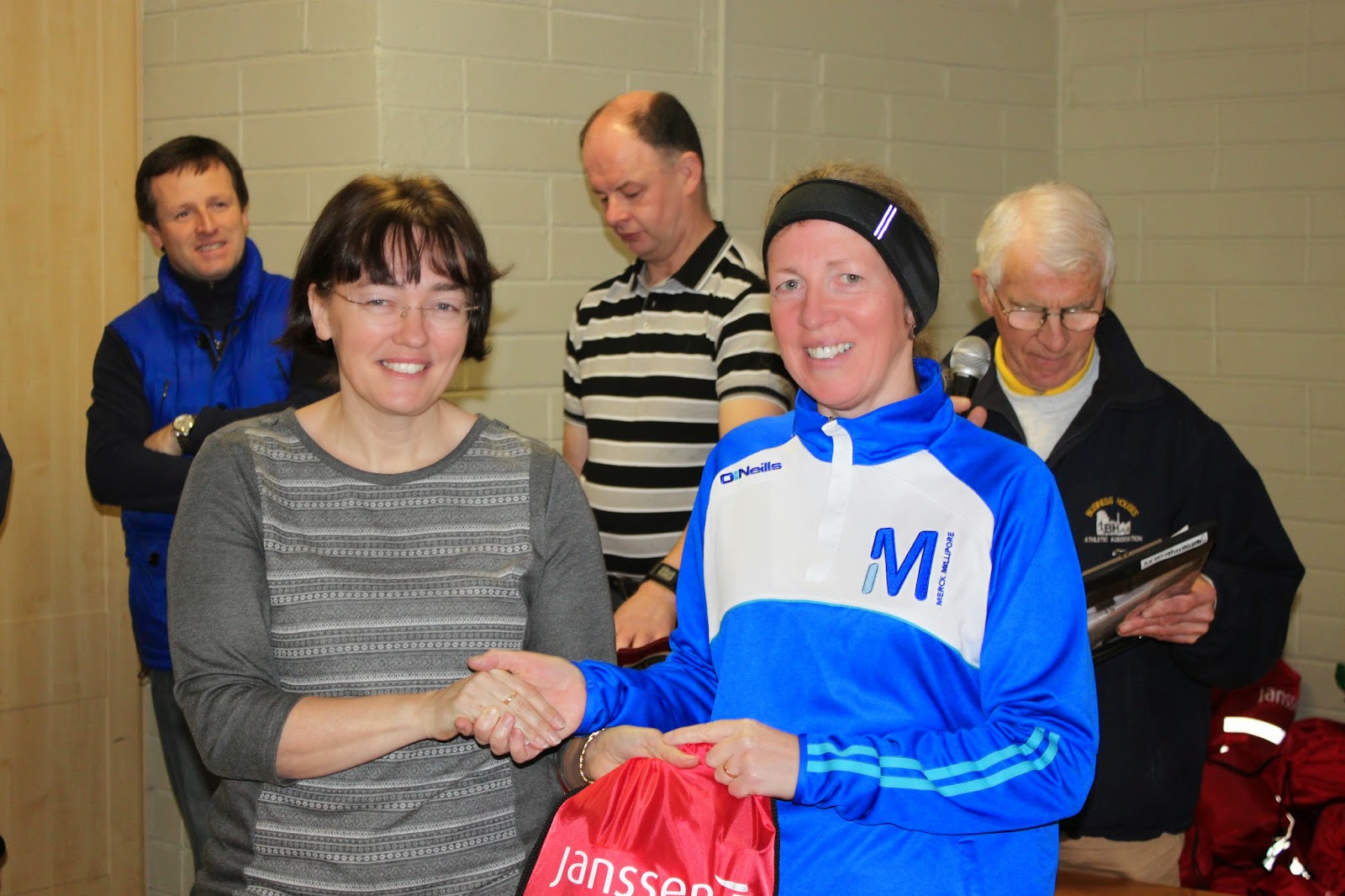 Following the success of last years Ballycotton 10 night out we will again be meeting up this year in the Maple Lounge for the race post mortem. The club will be providing sandwiches and finger food. All members are most welcome even if they have not ran the race.

This is always a good one to do in preparation for Ballycotton. A good tough course and always well organised by Eagle AC 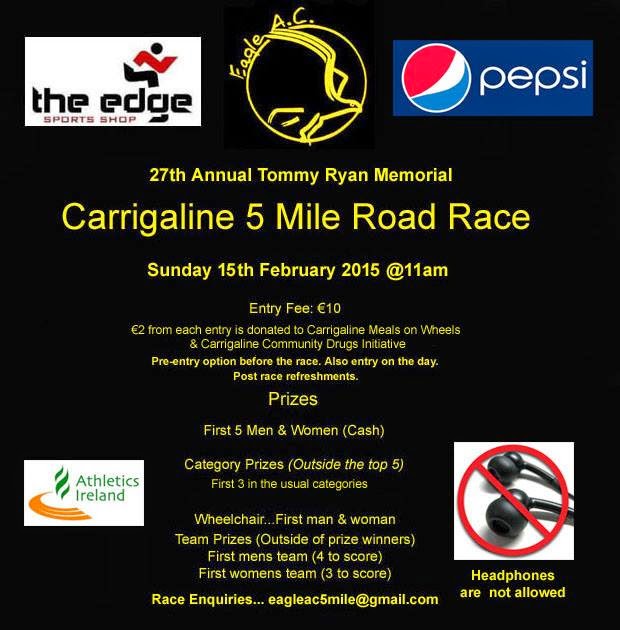 A reminder that membership is now due.(See below message from AAI). If you have any bother paying why not avail of our instalments method. Several members have availed of this already and remember its a lot safer to be insured when racing and training.

AAI Releases Registration Figures for January
.
Clubs are reminded that unregistered athletes are NOT covered by AAI insurance and are also NOT eligible for competition
http://corkathletics.org/…/Updated-AAI-Registered-Membershi…

The very best of luck to the Cork Team and our three members Joan Hough , John Cashman and Neilus Aherne in Tuam on Sunday. See previous post. 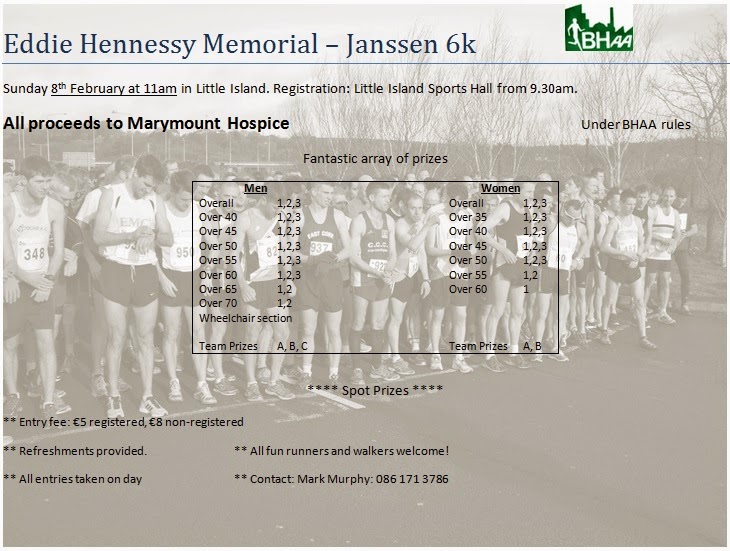 The next race on the BHAA calendar is the Janssen 6km in Little Island next Sunday.It will take place over the new route in the interests of safety.Registeration is from 9.30am at the Little Island Sports Hall. All proceeds go to Marymount Hospice.
Posted by Midleton Athletic Club at 09:42