As well as Daniel Colberts success at the Intervarsities in Belfast Aideen Hallihan did very well also. Aideen representing CIT in the Shot Put she finished 5th with a put of 10.06m and in the Discus she finished 6th with a throw of 28,24m.Well done Aideen.


Organisers of the Ballintotis 4 Mile Road Race on this Thursday April 16th issue a reminder regarding entries
On line entry closes at 12 midnight on this Monday April 13th. Thereafter entries will be taken at Ballintotis Community Centre from 5pm to 7pm on Wednesday and again on race day from 1pm at the same venue.
Those who have entered on line are reminded to collect their race number and running buff also at the aforementioned times on Wednesday and Thursday.
A further update regarding traffic/car parks will follow later in the week.
All enquiries to Sean Murphy/John Cashman 086-8778182 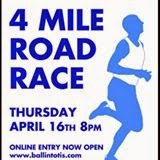 Also the East Cork Road Racing Championships take place the Thur. after Ballintotis  April 23rd in Ballynoe. We want/need as many as possible of our runners here. There are two races Ladies 2Km and Men 5Mls. All our members are eligible to run so please come out and support your club.

Successful effort in Paris marathon this year. Conditions were extremely warm and I finished in 3 hours and 14 mins. Many positives but it could have been much better. I went out to break 3 hours today and ultimately I failed in that. Conditions were extremely hot and I began to slow a bit at from mile 20. At mile 22 i had 28 mins to get home in under 3 hours - which would have been brilliant - one lap of Ballintotis!  I had already started to slow since mile 20 though so I would probably have been just outside 3 but then I started to cramp very very badly from mile 23 on. I was at a crawl from there home. All in all though I'm very happy with effort today. Next time again I'll ask for Donies advice a bit earlier! Good day. Good effort. No bones broken. Happy with that.

Well done Declan any day you get a PB is a good day.Danny 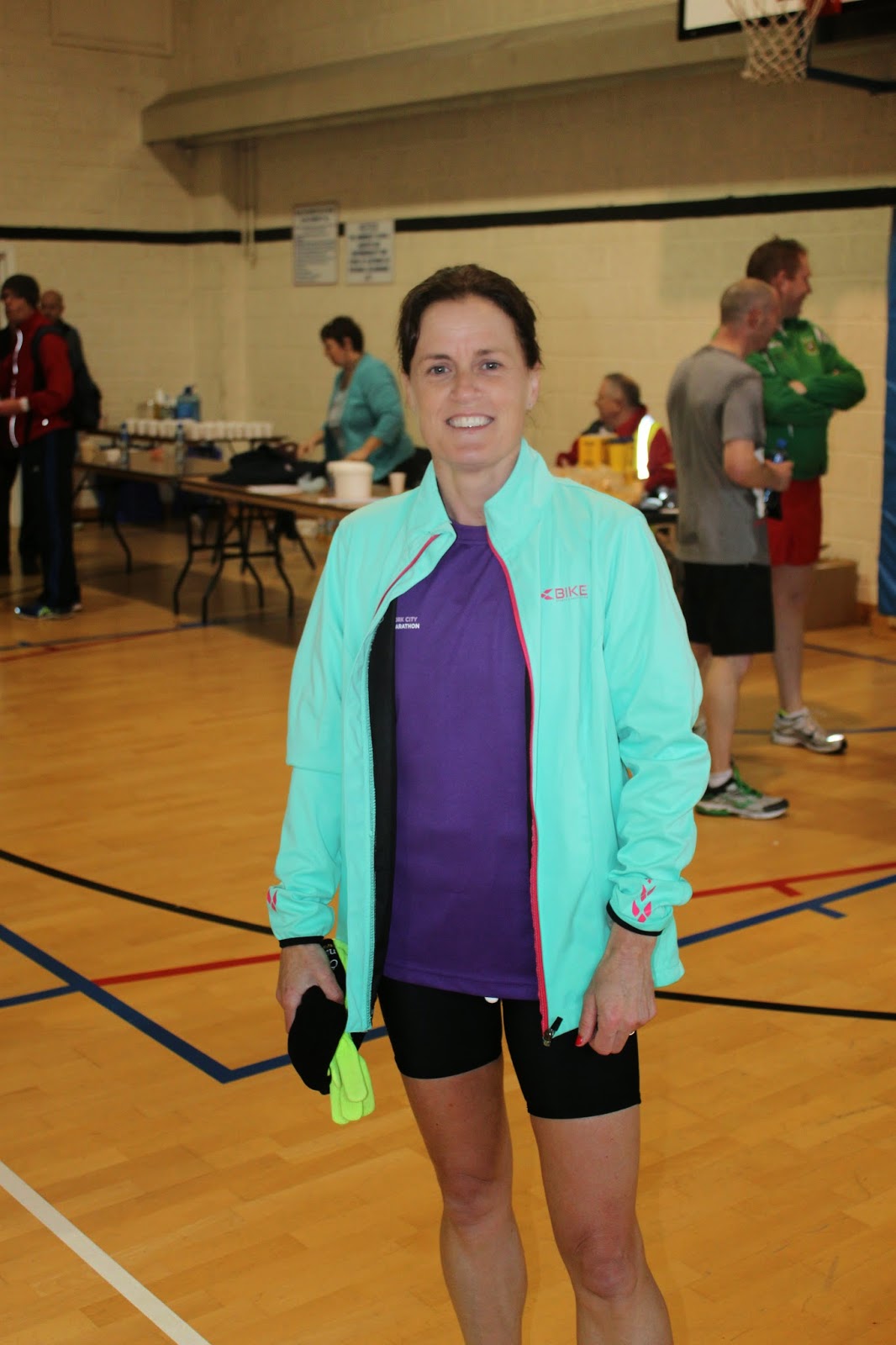 Fantastic Win for Margaret Jones in the inaugural Cobh 4 Mile

Margaret Jones had a great win today (and a PB) in the Cobh 4 Mile. Running on her home turf and beating another great Cobh runner called Sonia O'Sullivan who came third. This looks good for the Manchester Marathon which Margaret is doing next weekend. Sonia was closely followed by Vicki Cleary who came 4th and claimed her first ever prize for running. This was well deserved as she had been running so well lately. We had lots of other members in this event far too many to list but I must point out great runs from Keva Crotty and Aishling Coen who both got PBs as well. Also the amazing Bernie Twomey who went swimming before the event and wound up with a PB as well. Some men had great runs also with John Cashman coming a fantastic 4th place and taking a peize whilst Paul Fleming knocked two minutes off his PB bringing him down to the eighty minute mark. 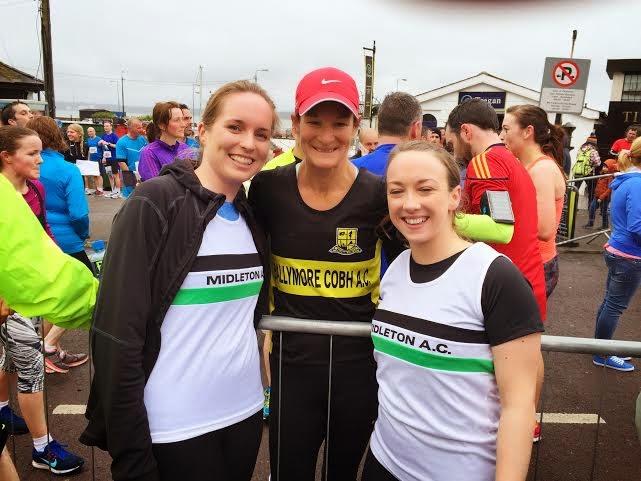 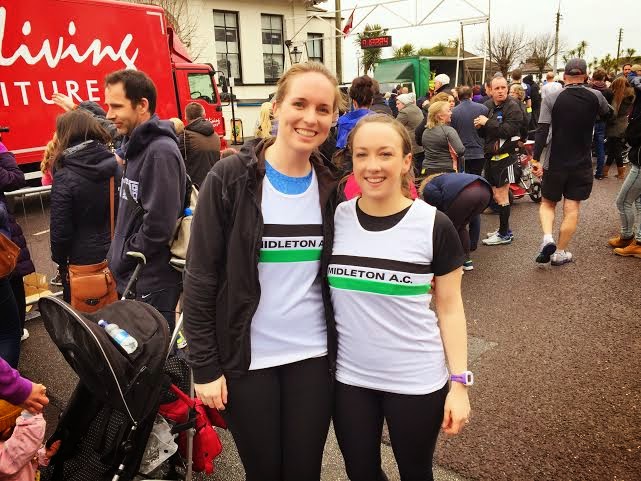 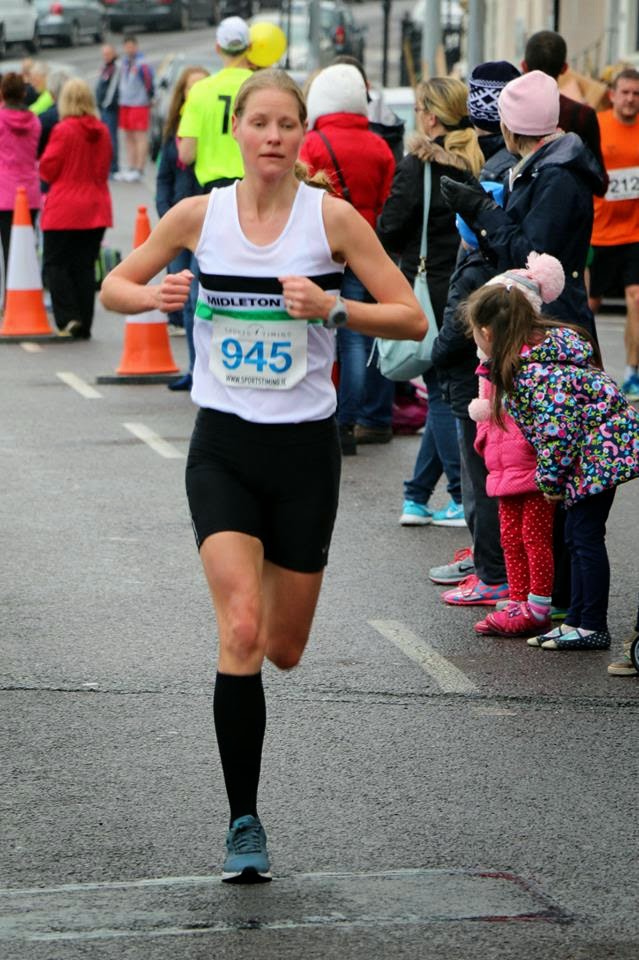 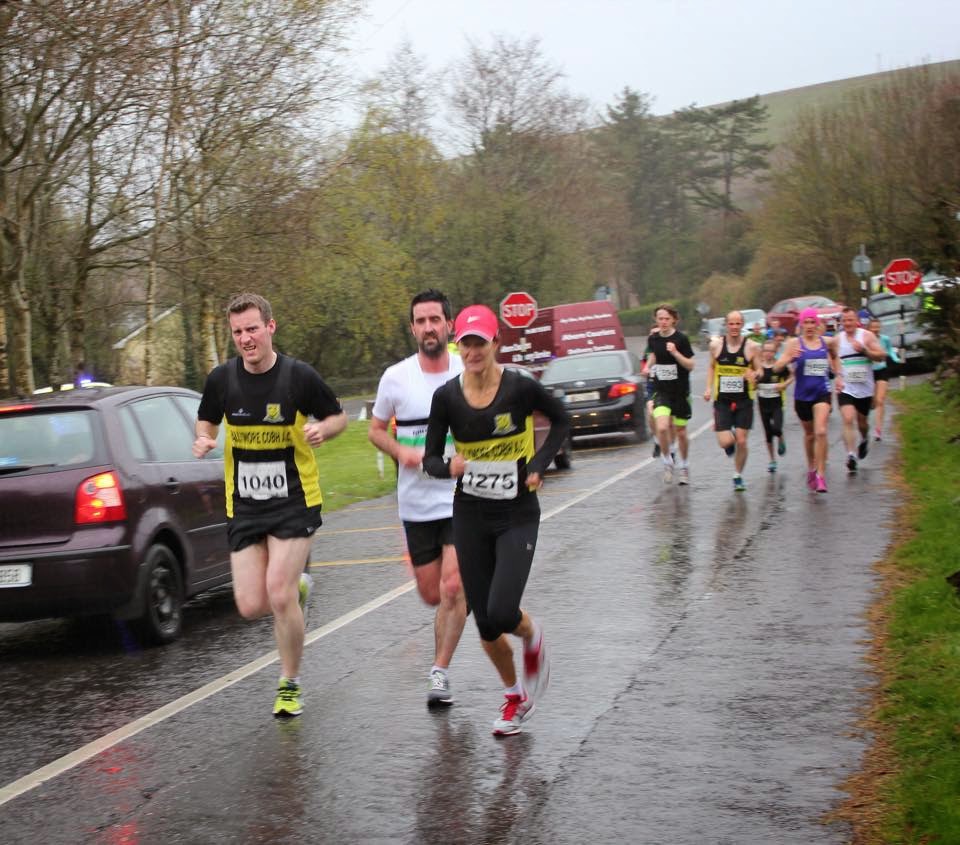 The 10mile was also very successful for the club and saw some great running from all the members. Eoin Murphy was our first man home closely followed by Morgan O'Regan both in the low sixties whilst Mark Walsh had a fantastic run just failing to crack the seventy min mark by a few (very few) seconds and took the 4th O/50 prize. John Dunphy had another fine run especially after winning the Park Run in Macroom yesterday. Our ladies were also in the prizes with Esther Murphy 3rd O/40 and Marie Gillman 4th O/45. The prizes are a bit different there with 4th being an unusual category and no category prizes in the four mile. 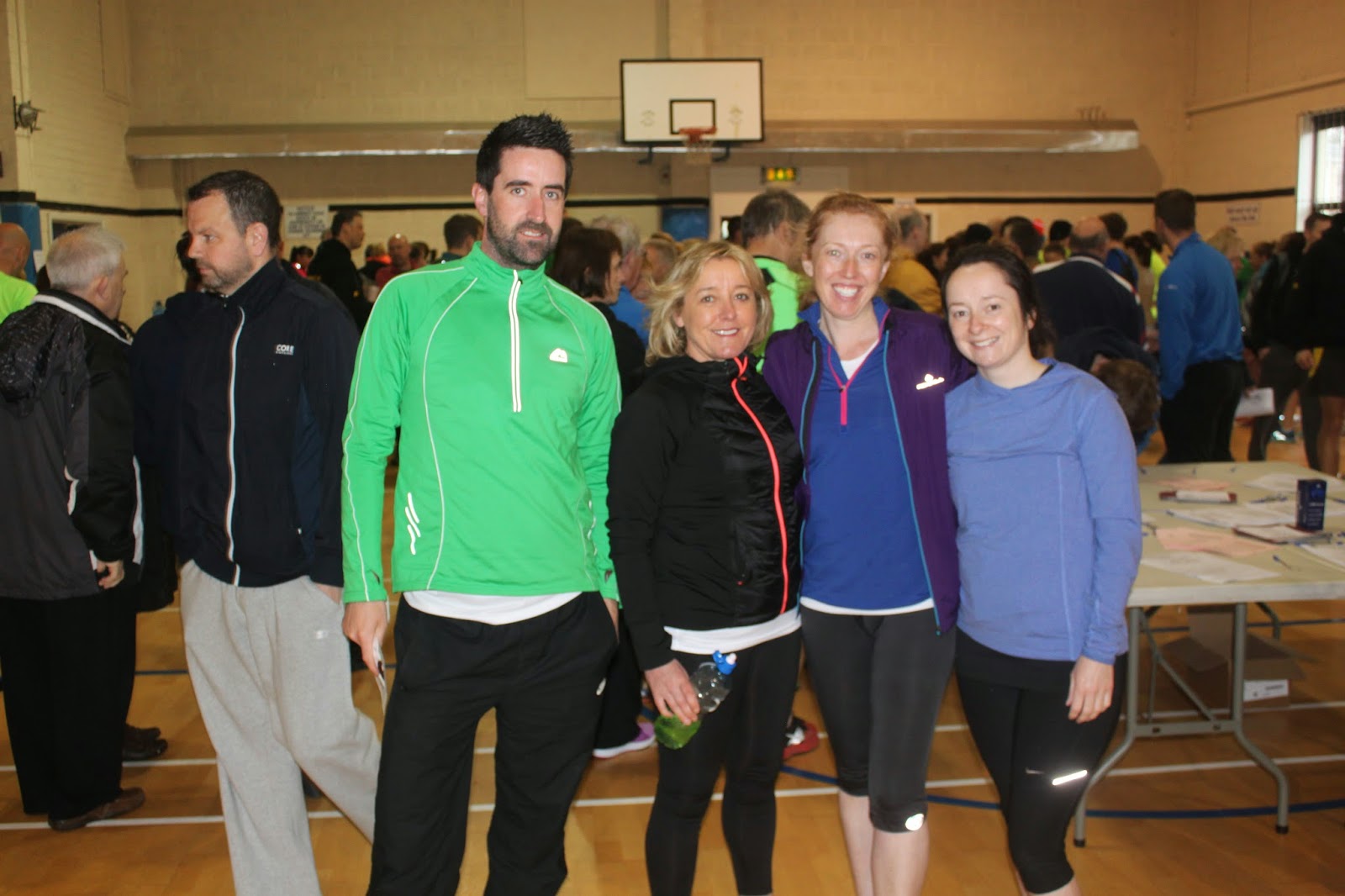 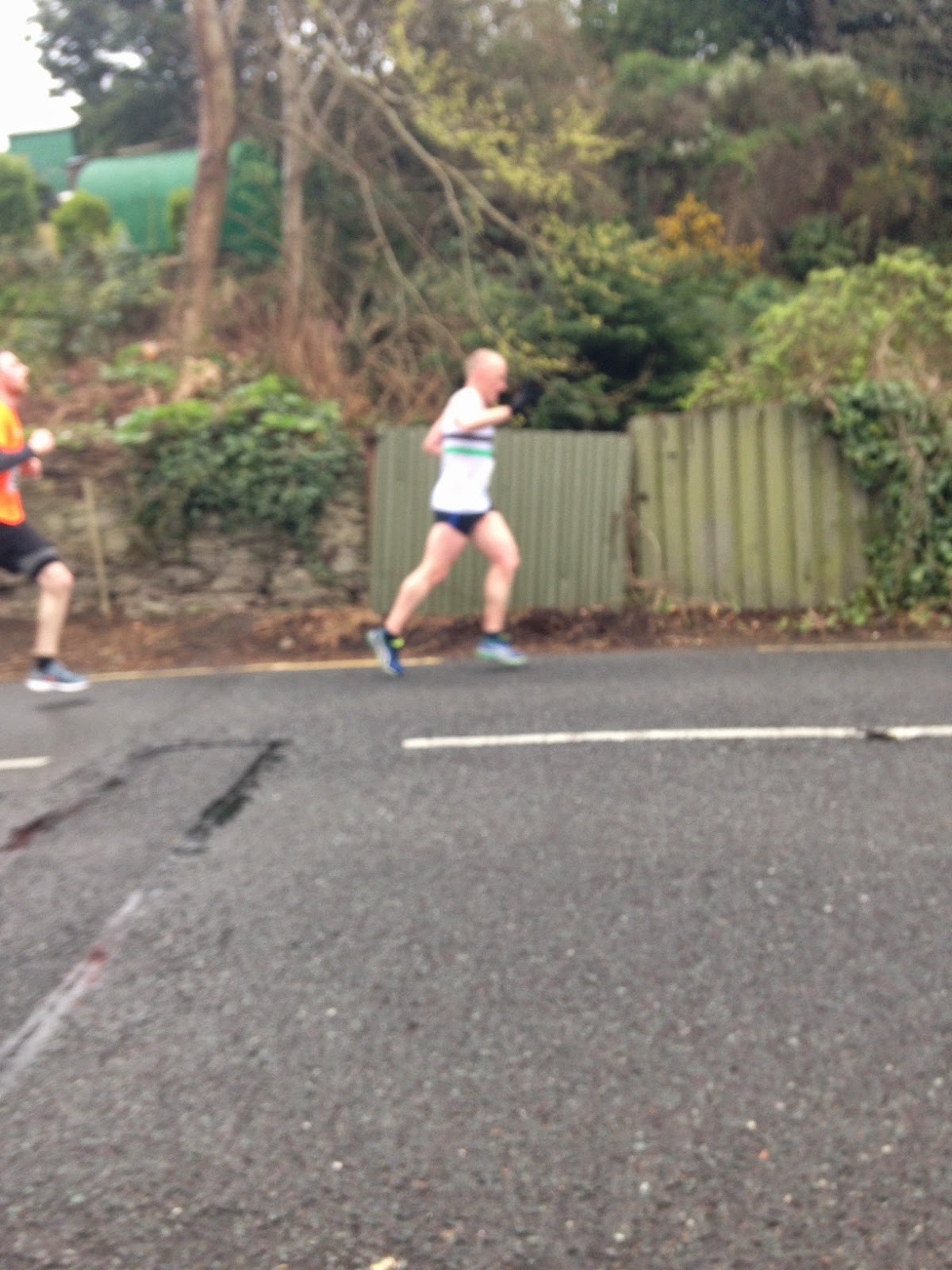 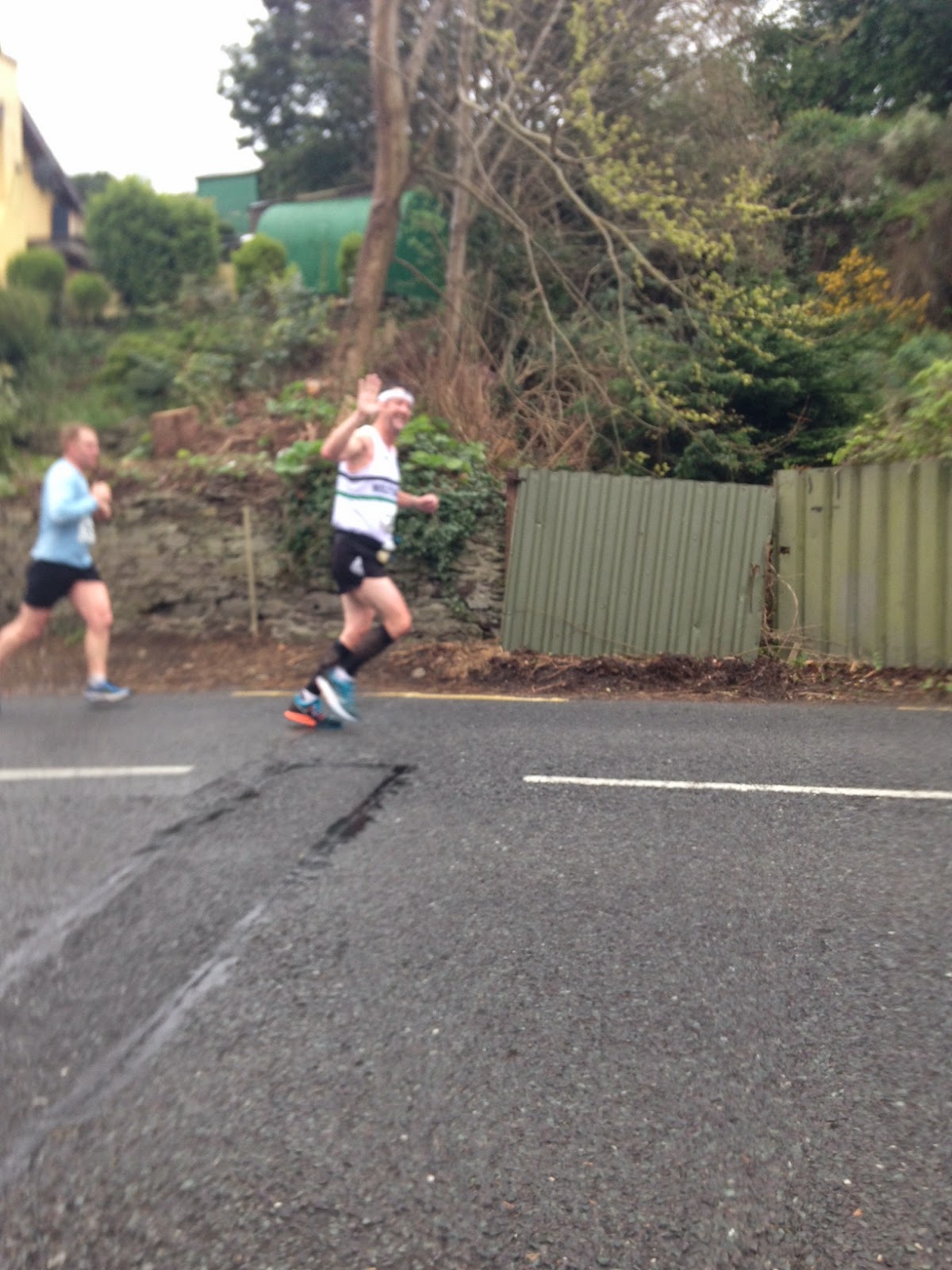 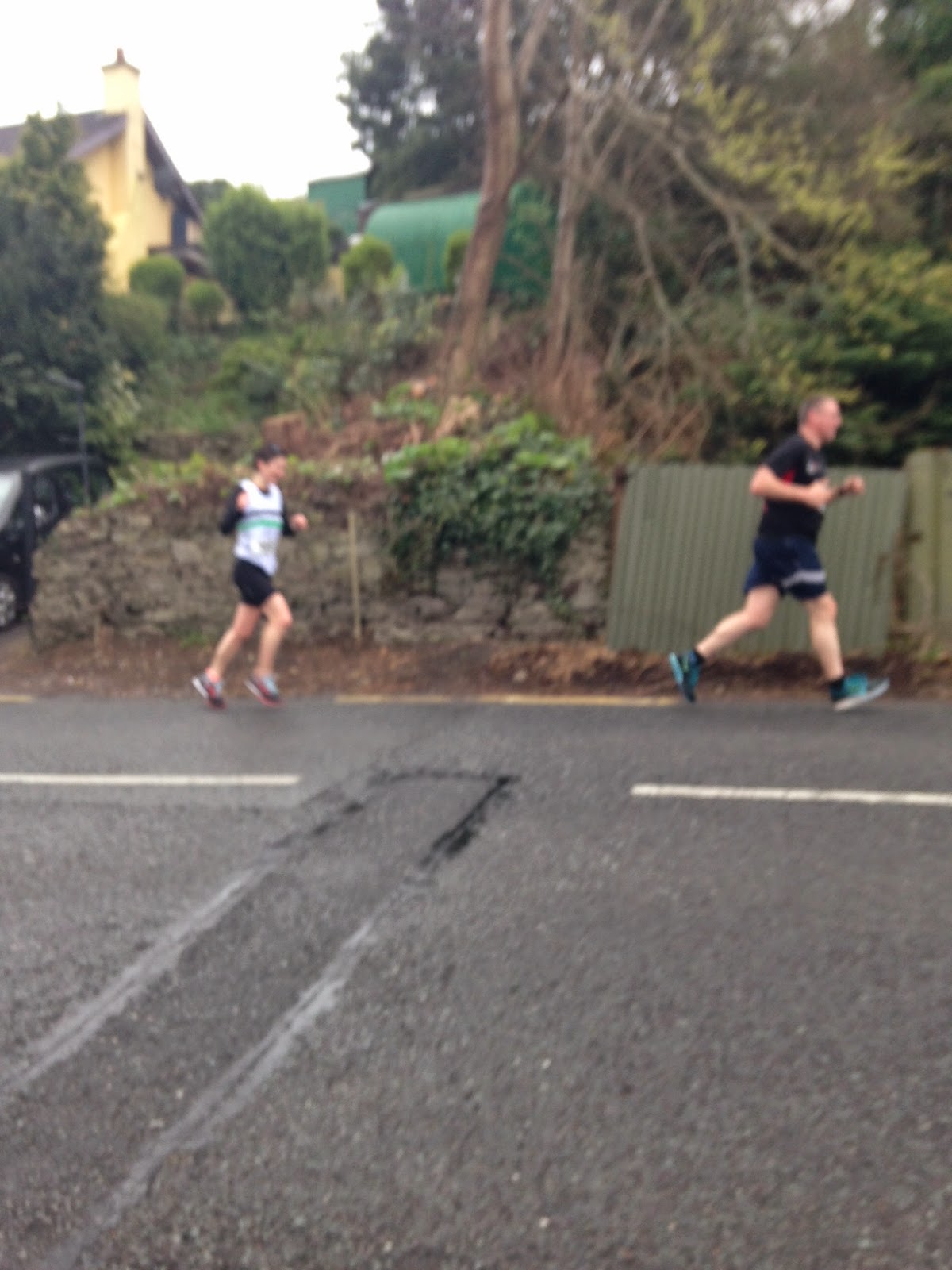 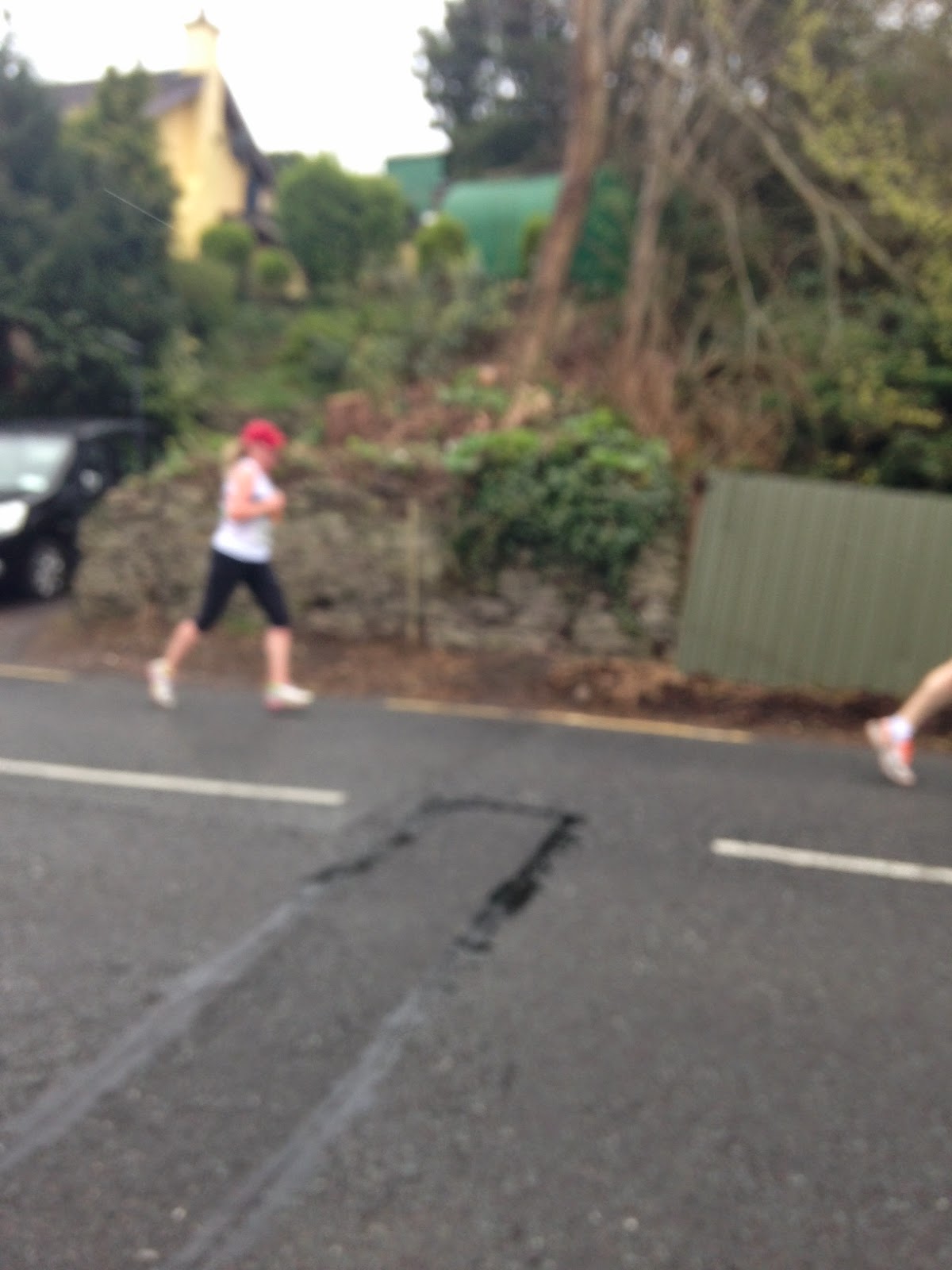 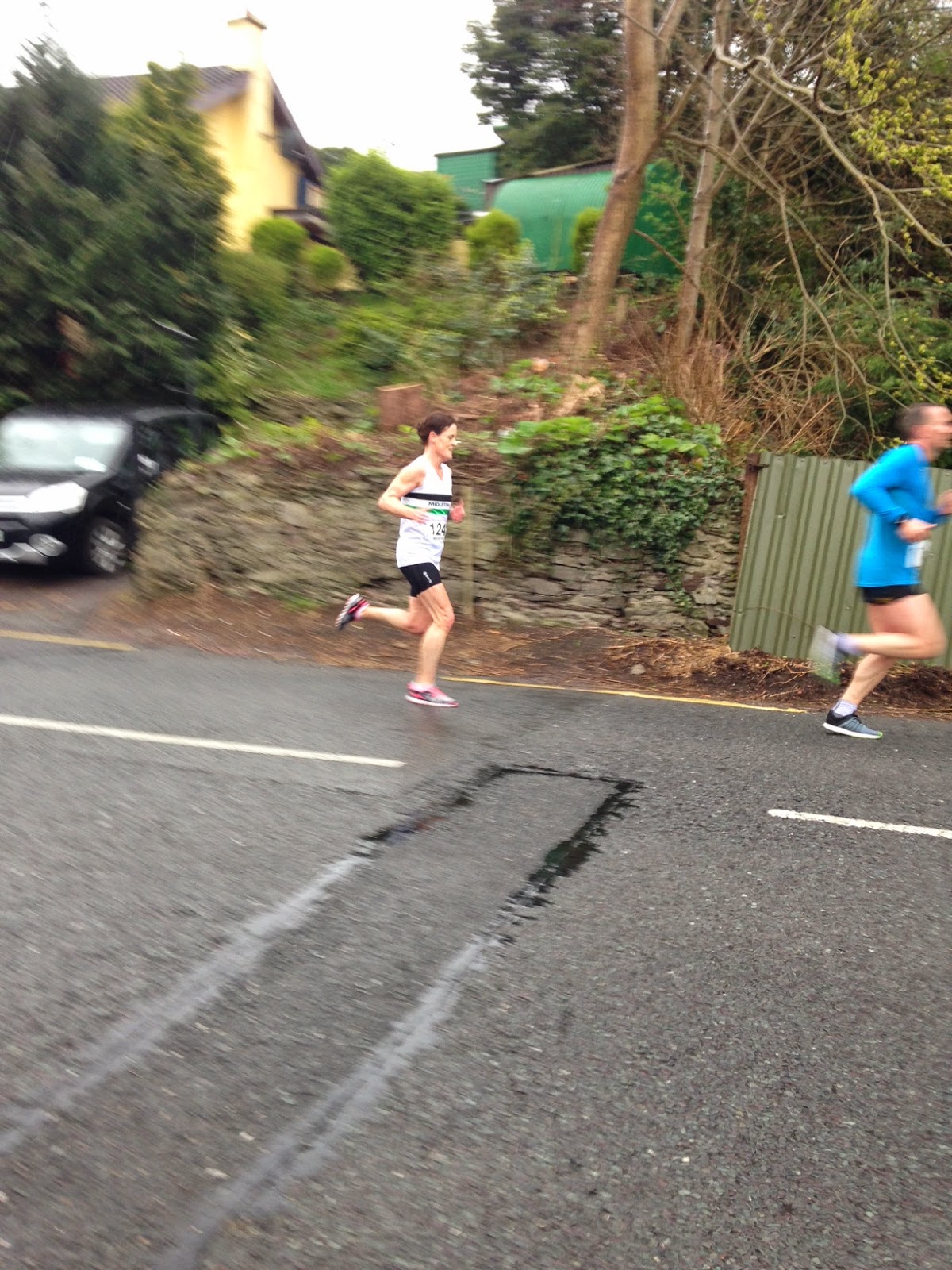 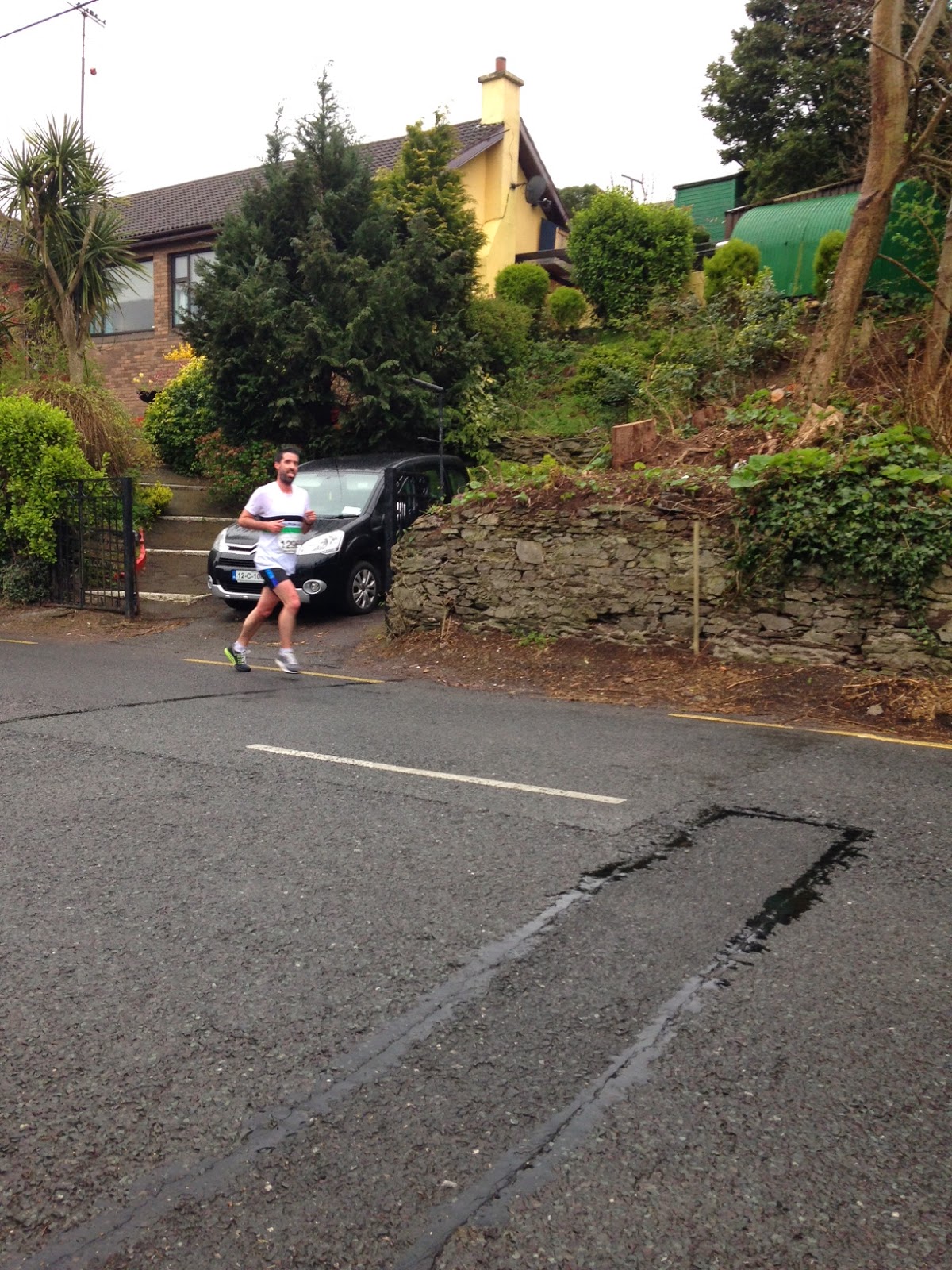 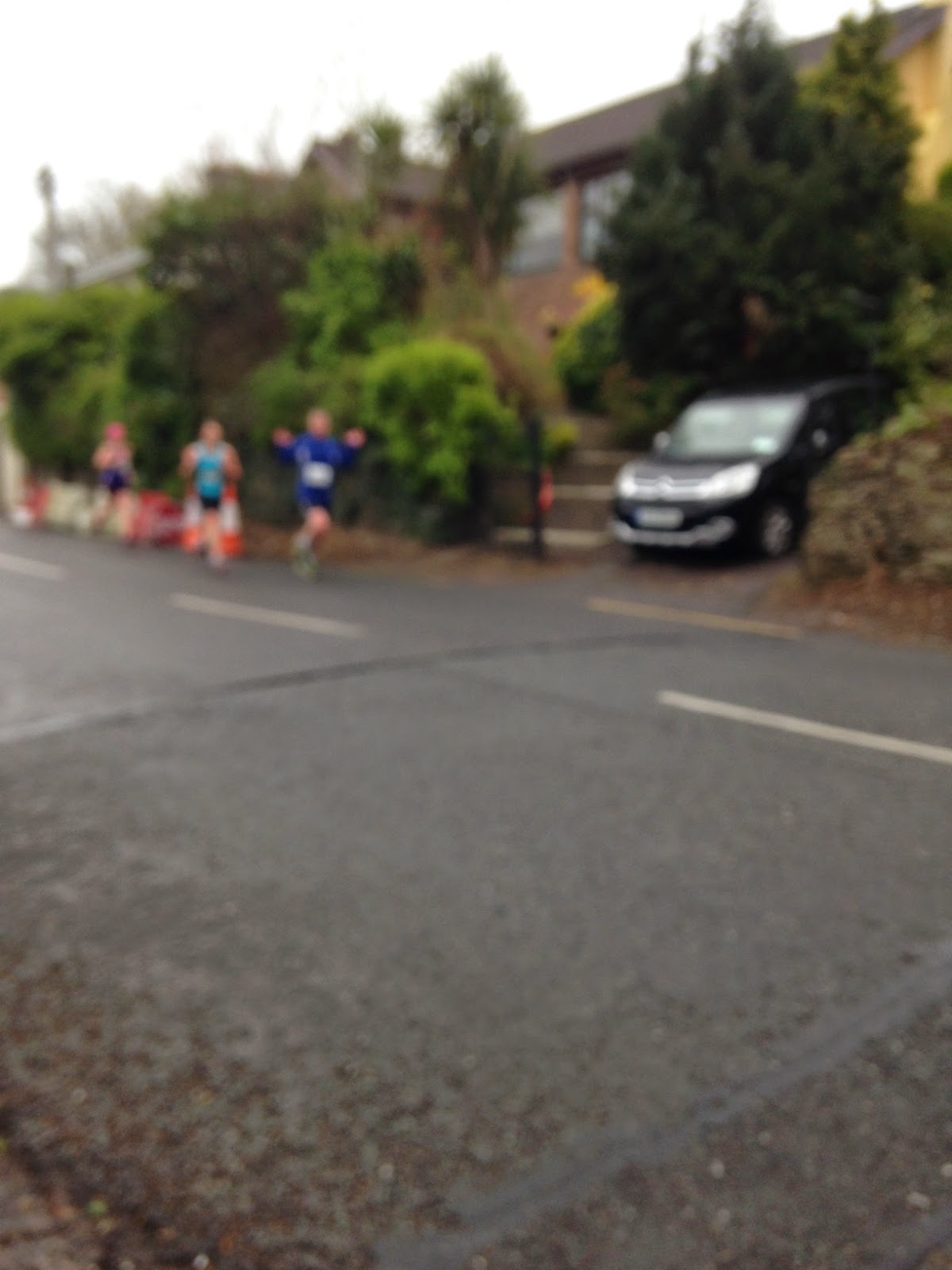 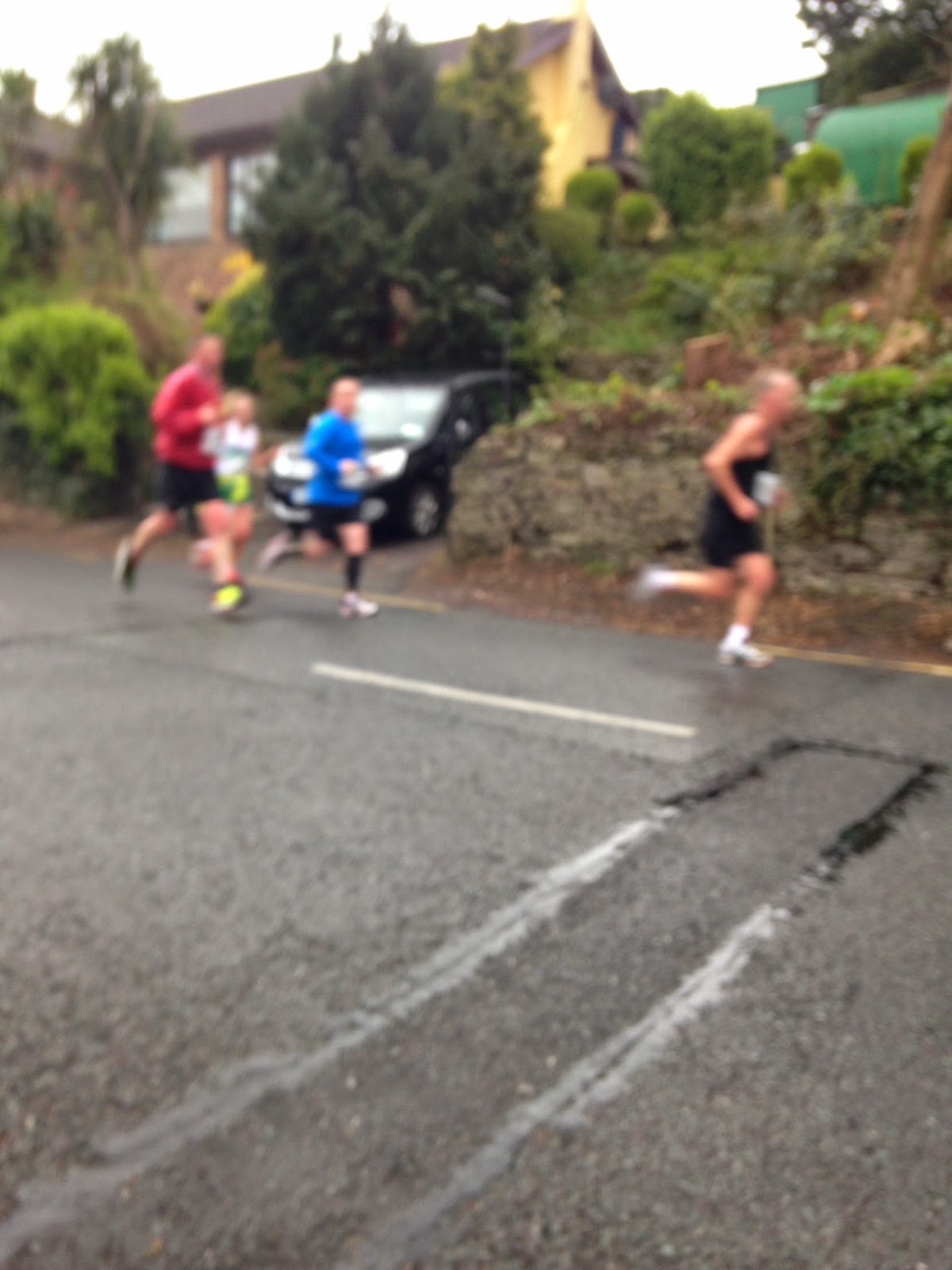 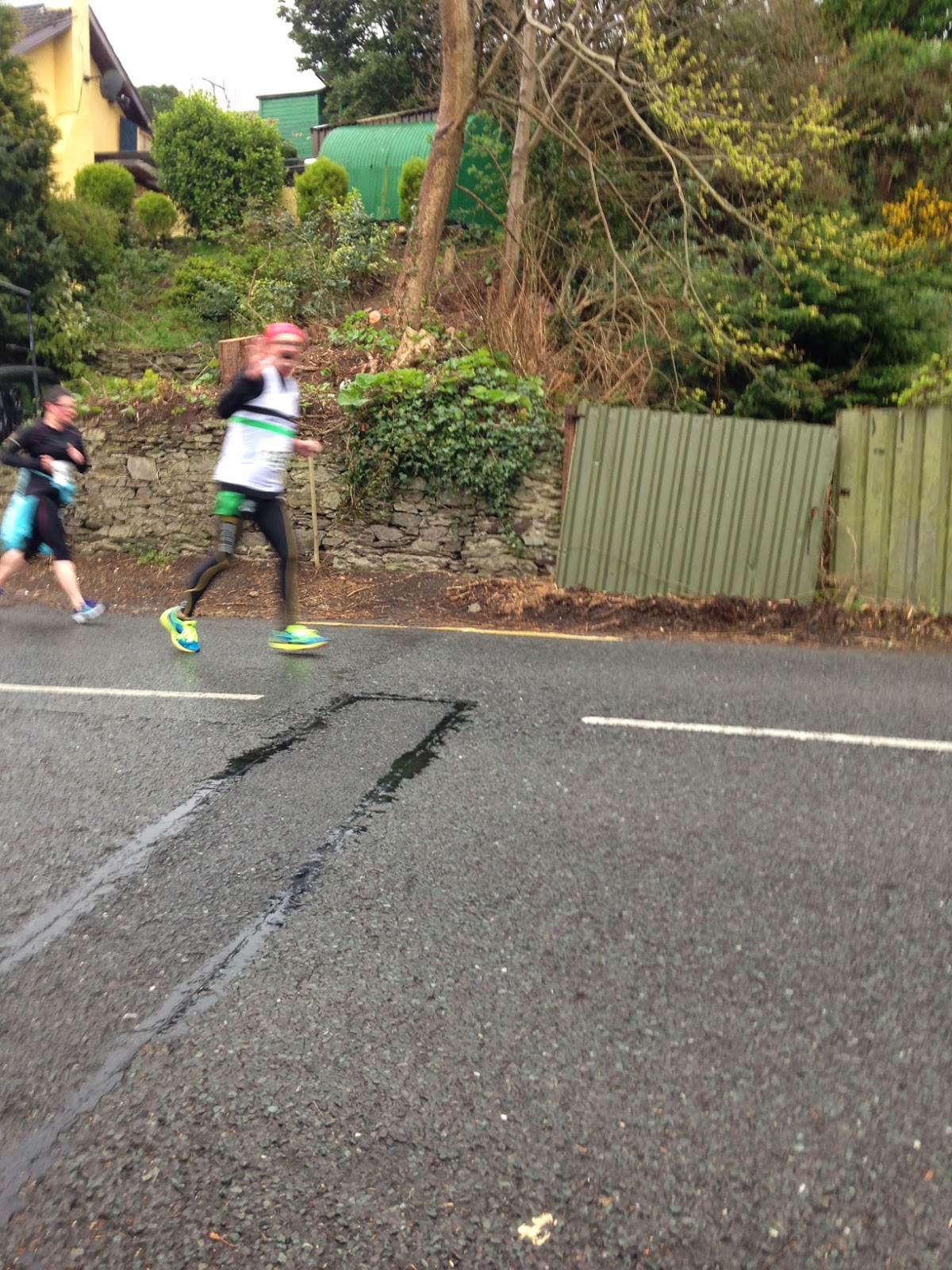 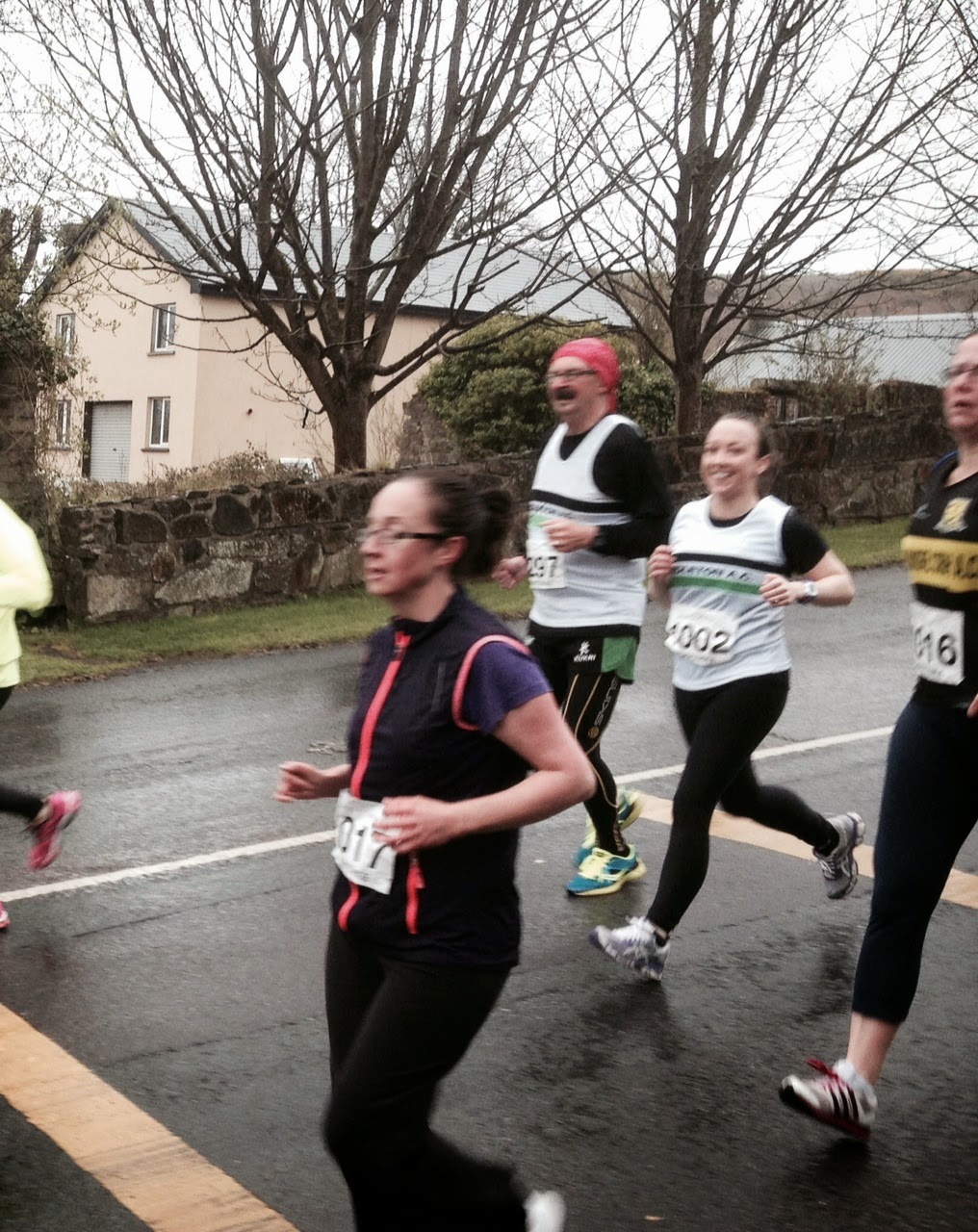 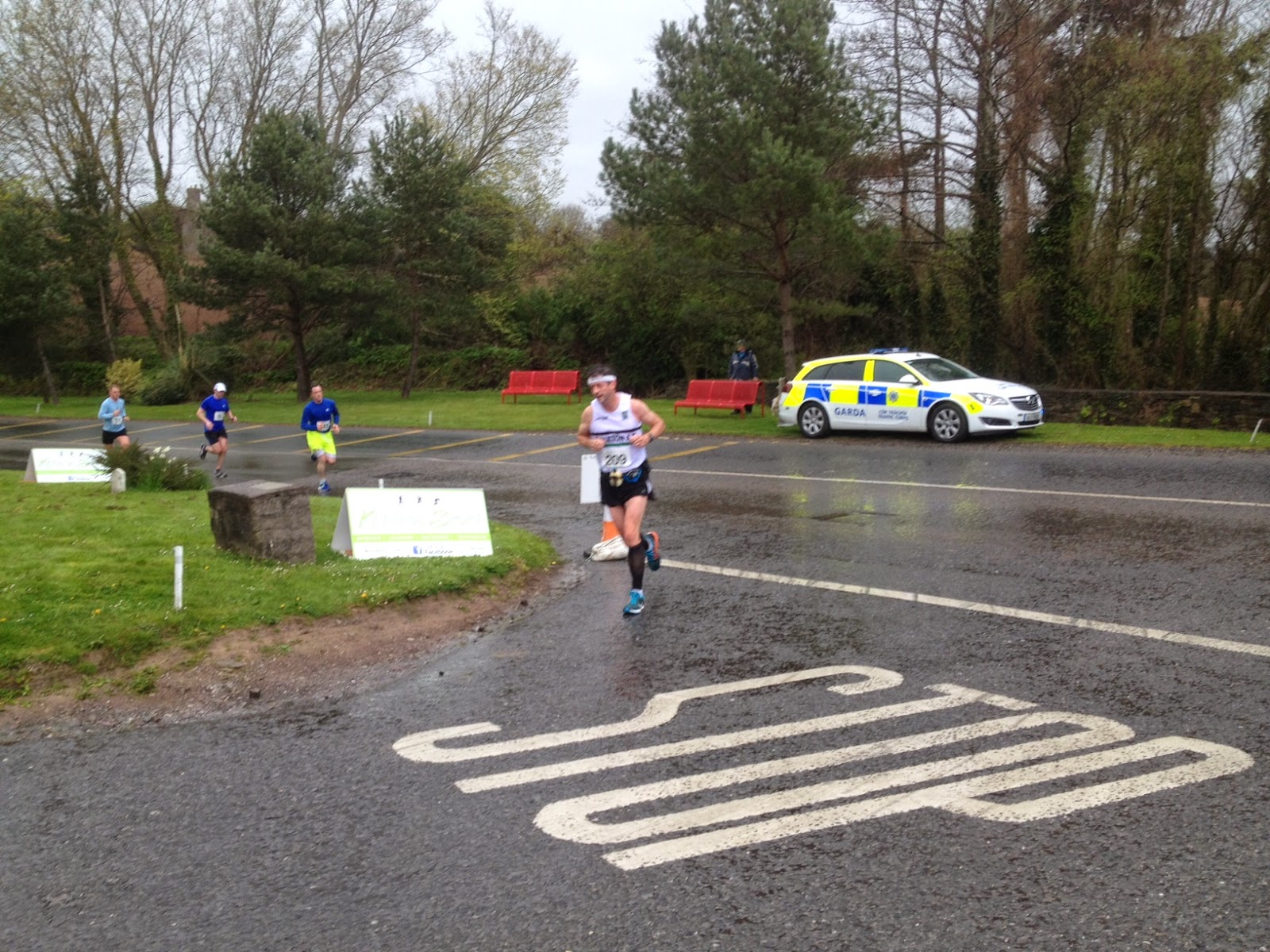 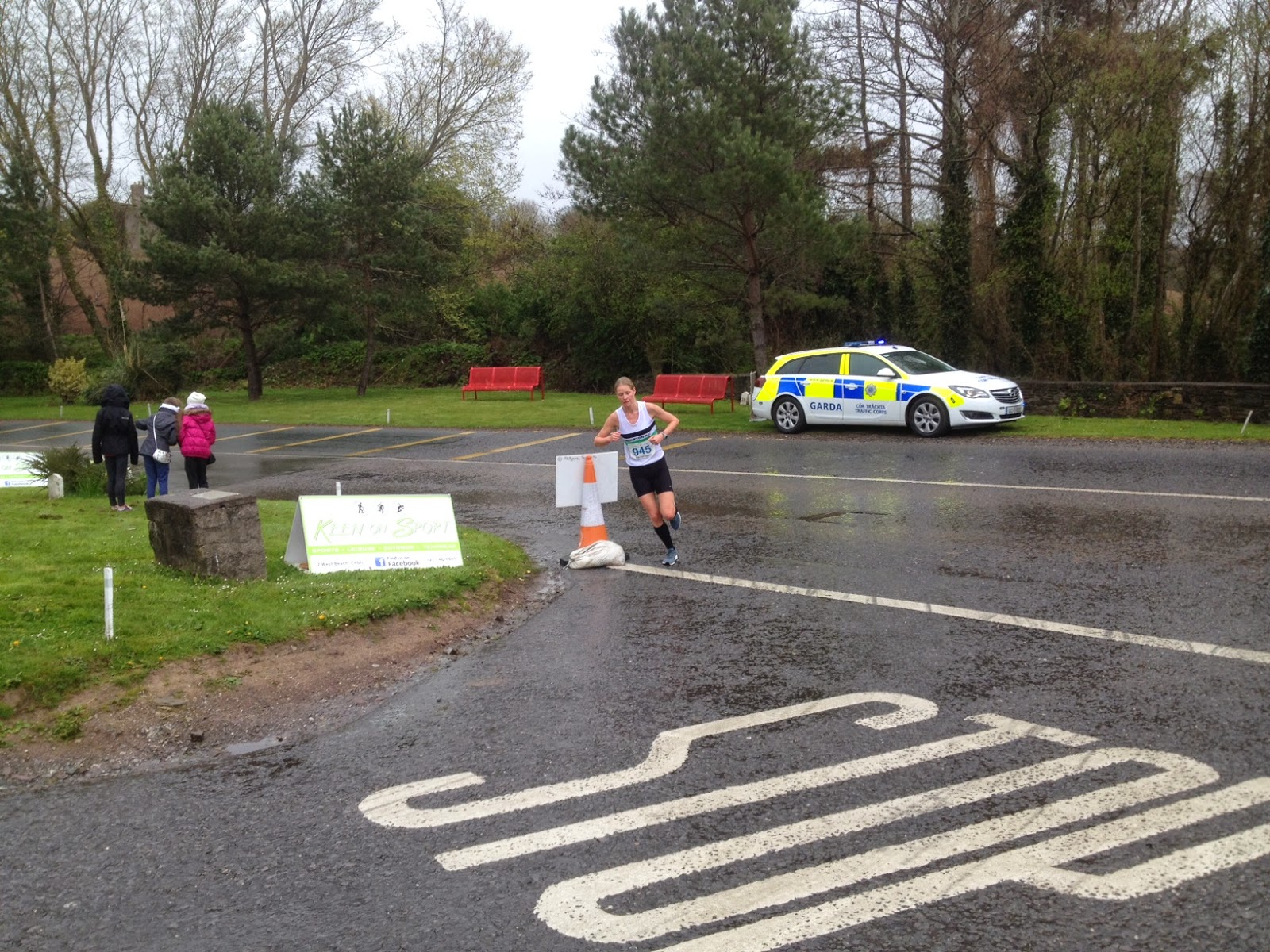 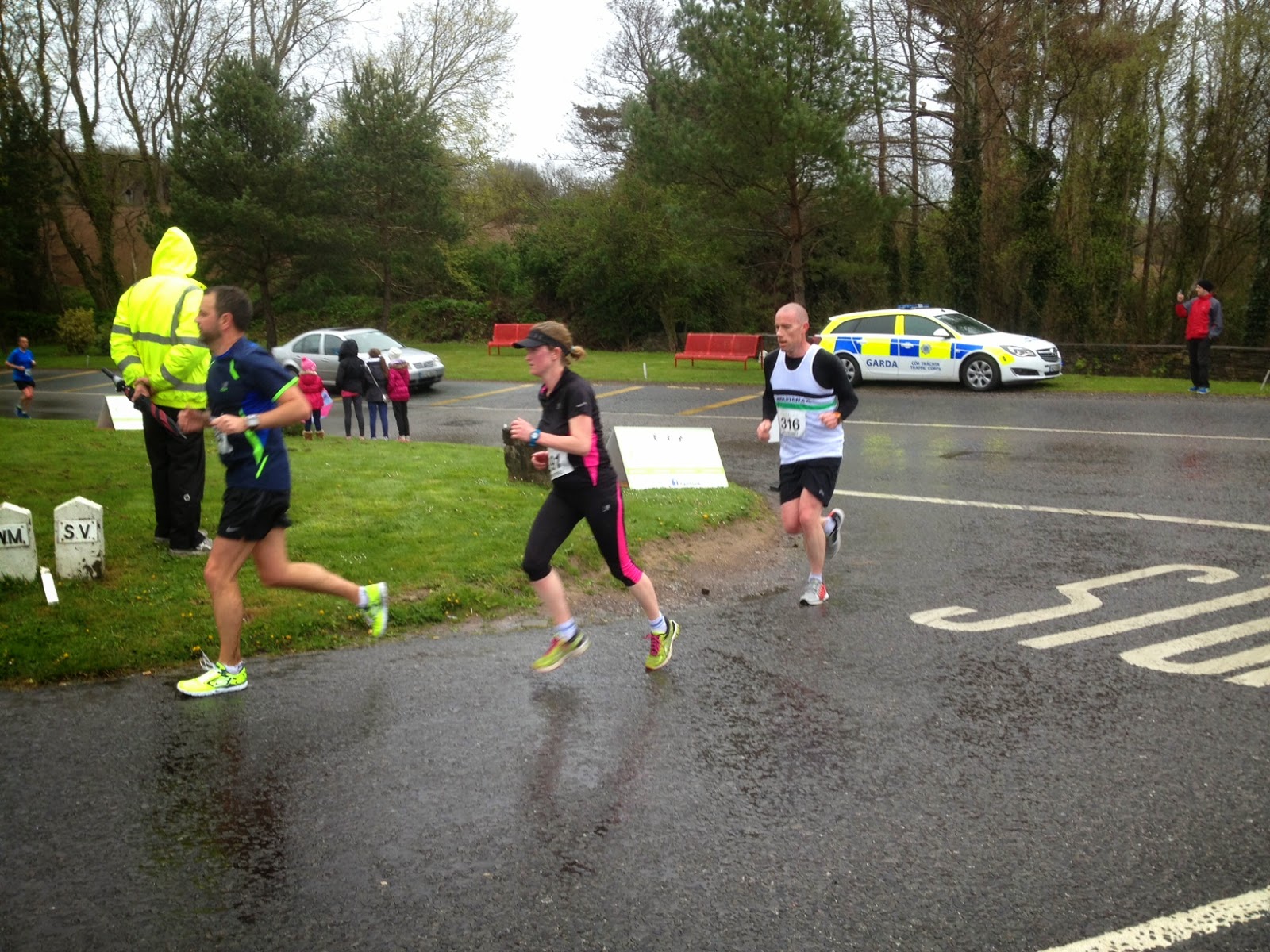 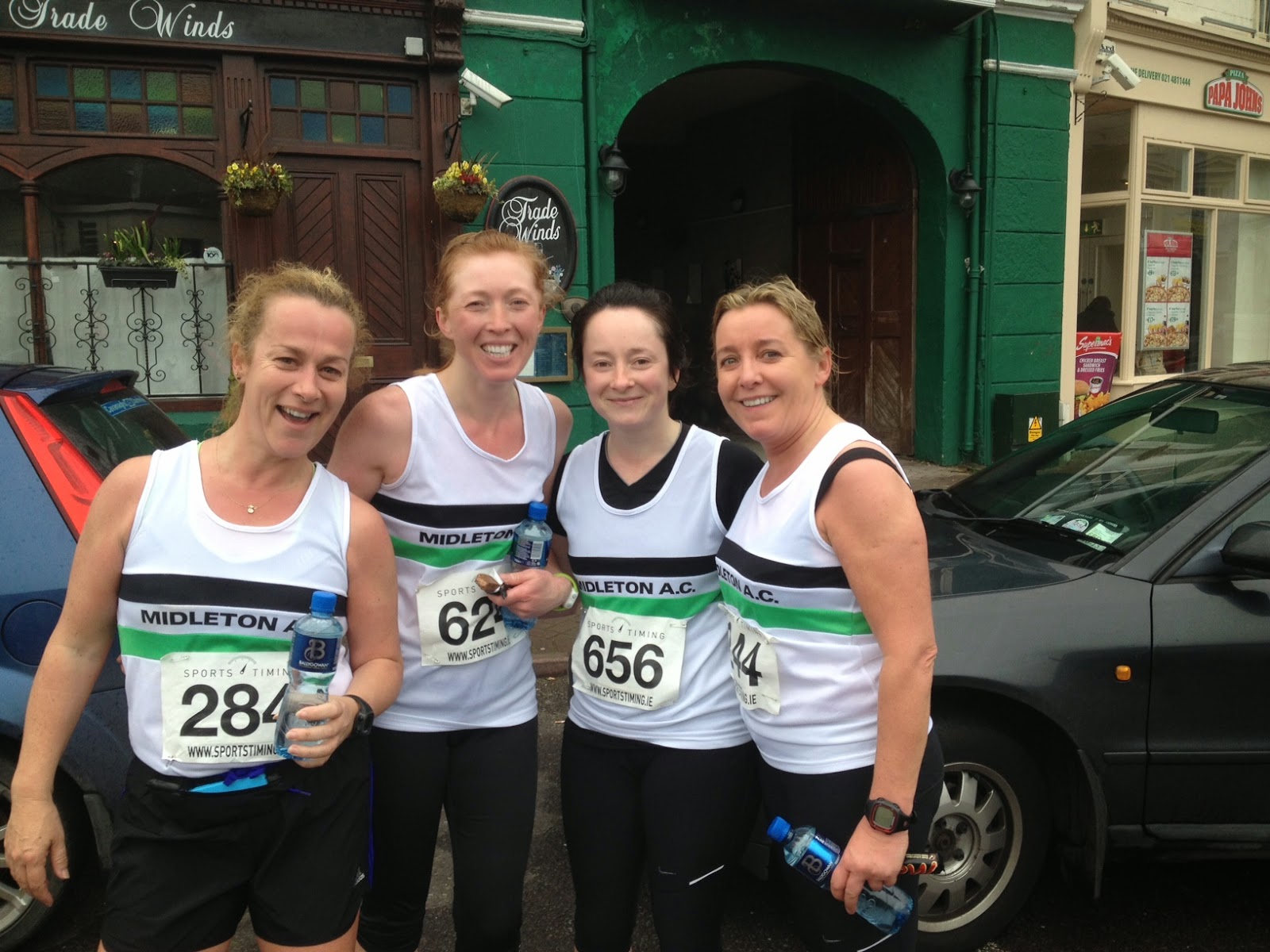 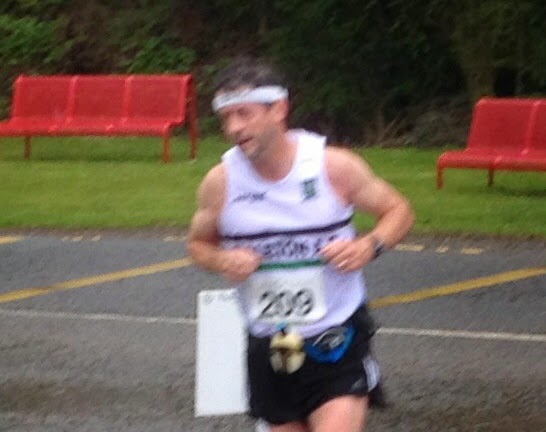 Thanks to Louise Barry and Joan McCarthy for the photo's. Anyone else with photo's or reports please send them to the blog. mdtacinfo@gmail.com where they will be most welcome.Danny
IUAA Championships

Results in from Belfast's Mary Peters Track show Daniel Colbert taking 6th place in the individual 400m which is fine going after getting a PB yesterday.

Daniel's team UL took Gold in the 4 x 400m  relay which is another gold to his growing collection. Well done as always Daniel.


TRIP TO NEW TRACK IN CLONDROHID NEAR MACROOM, MONDAY APRIL 13
I have booked the track, see link below, for an one hour training session on Monday April 13,  6-7pm followed by a short meeting with some of the drivers/fundraisers behind this project. This may be an option for the Midleton or East Cork region.
It would be great to get a few people together and check out the place, training session or not. I would need a rough indication of how many people are joining us on this exploratory trip.
Please follow this doodle link:
http://doodle.com/s2th9xd337umiqgg
You can cancel anytime. The track is just one hour drive from Midleton (Google Map 51.930917,-9.019223)
Details: New 200m flood-lit track (250m in lane 4) just outside in Clondrohid Macroom
http://corkrunning.blogspot.ie/…/new-floodlit-running-track…
and http://www.clondrohidastro.com/
Update from Andre Brodkorb (organiser)
Time 6 to 7pm Monday at Clondrohid. Any session at all. Meeting the local boys and organisers at 7pm. We could meet at the Edge car park for car pooling.

Please liaise with Andre if interested in going or just turn up.

Daniel Colbert running in the IUAA Athletics championships in Belfast today Friday representing UL in the 400mts qualified for the final tomorrow with a new PB of 49.69. We done and best of luck in the final Daniel.

The very best of luck to club mate Declan Dorgan who is Paris Marathon bound this weekend .Certainly we hope it goes better for him than last time when he injured his foot just before the start of the race and had to withdraw very early on. This time we say Declan "mind that foot ". We hope to be reporting on Declan's success on Sunday afternoon.

A big thank you to our friends in Ballintotis Fit4Life for organising and hosting a trial run around the course on Thursday evening. Do not forget that you can register for this race online if you wish also you can enter in Ballintotis Wed evening next and during the day Thursday.(details to follow).A huge crowd attended tonight easily enough for a race. http://www.ballintotis.com/ 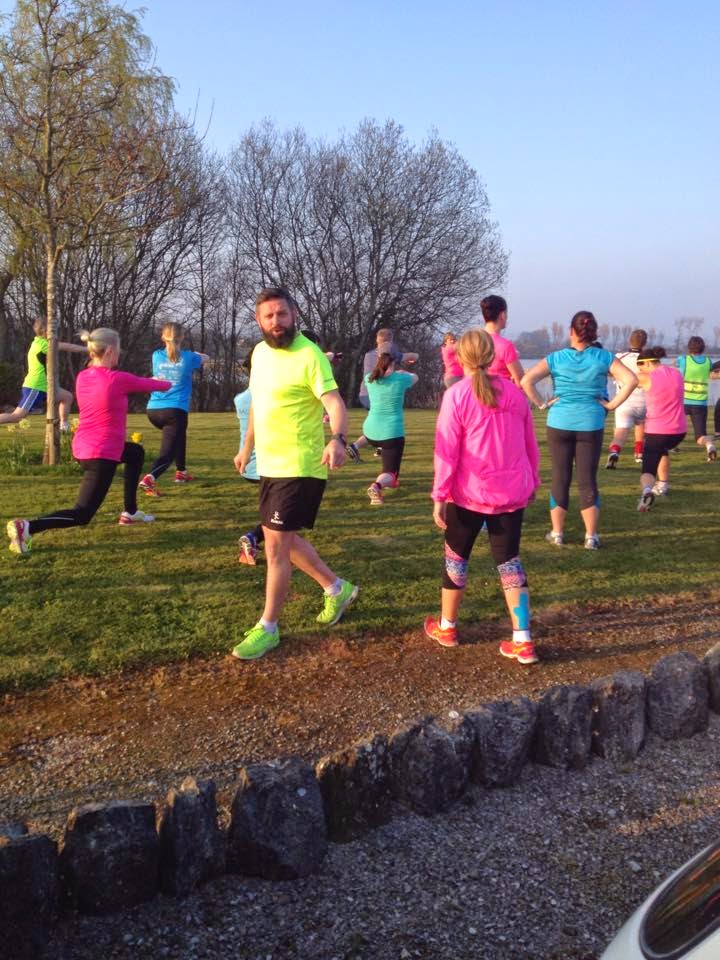 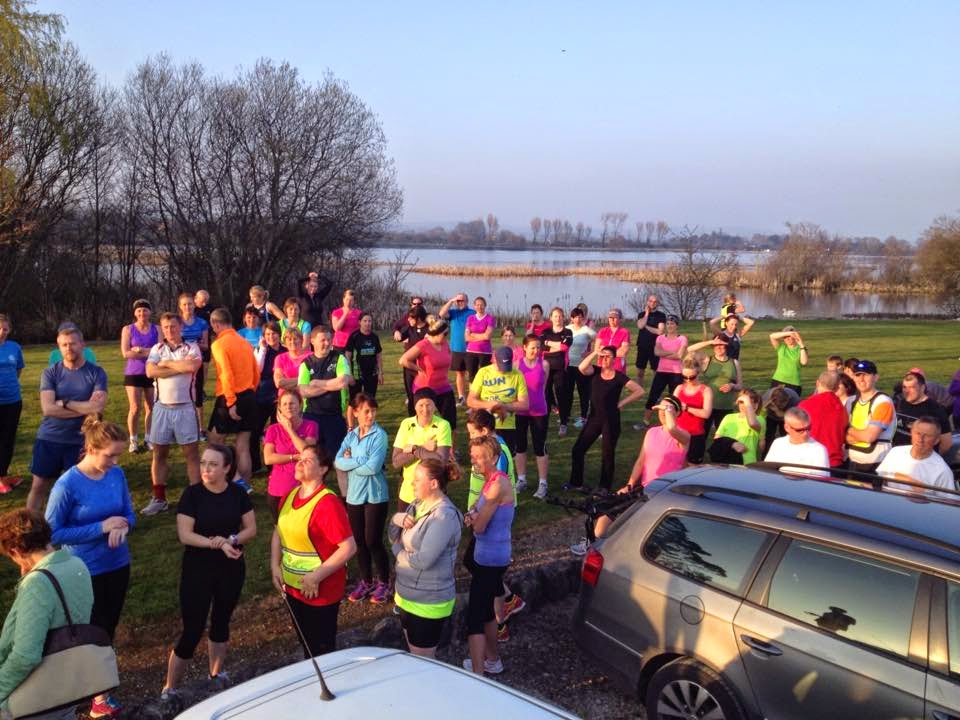 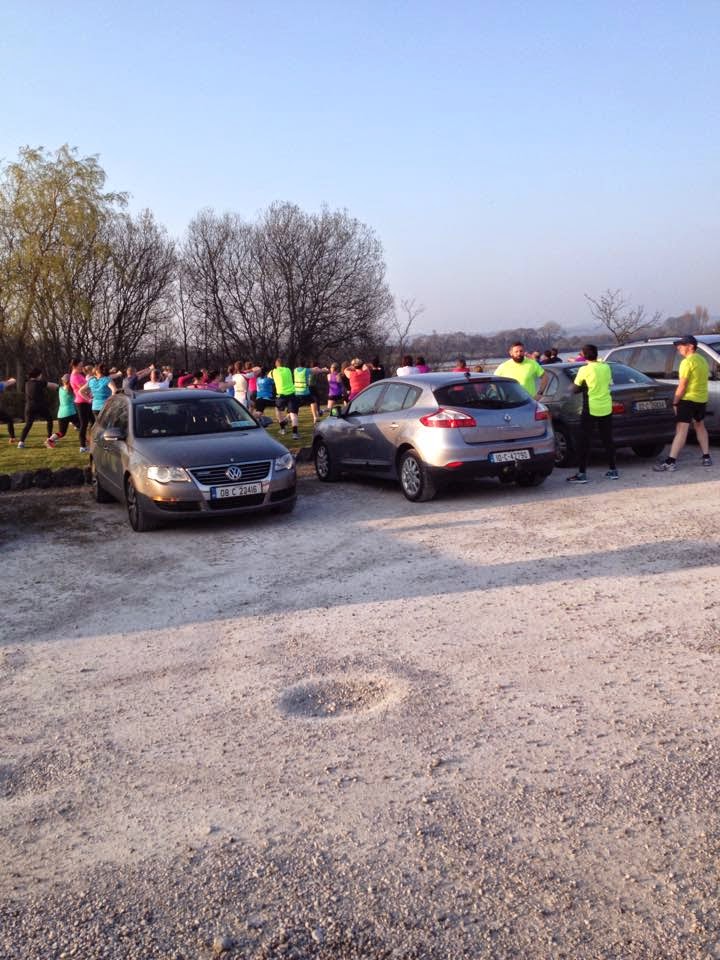 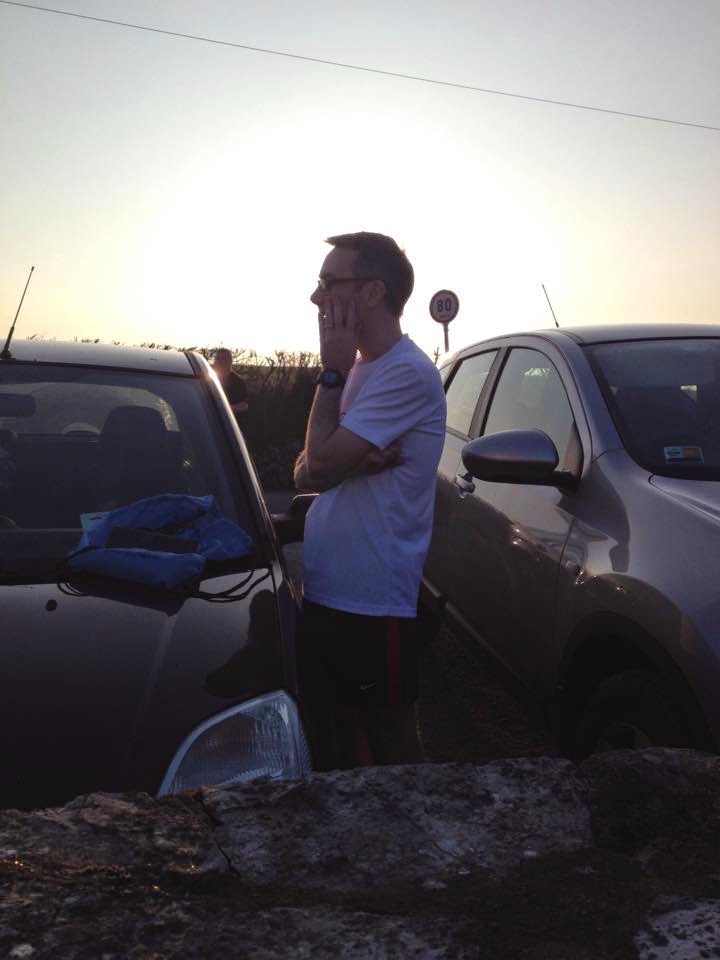 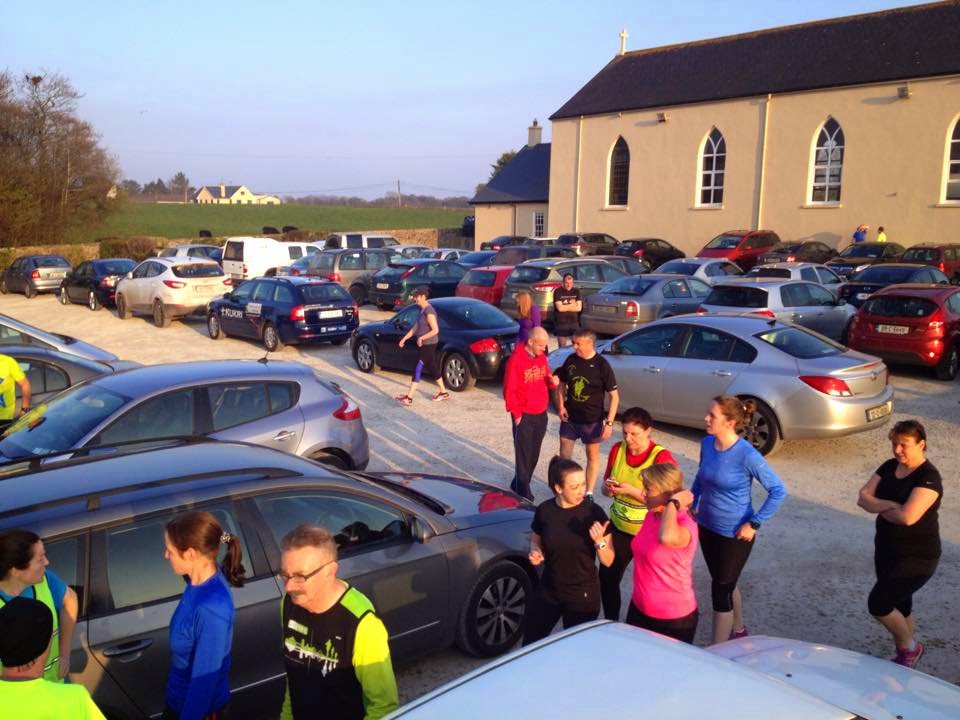 Posted by Midleton Athletic Club at 21:54