On Friday, January 29th, Cork Athletics honoured Cork athletes who had represented Ireland during 2015.  Midleton AC's Joan Hough was one such athlete.

Joan represented Ireland as a member of the ladies O/55 team in the British & Irish Masters Cross-Country International in Santry Demesne, Dublin on 14th November. In August 2015, Joan was a member of the O/45 cross-country team that won silver at the World Masters Athletics Championships in Lyon, France. In addition to the above achievements, Joan has been an outstanding coach to the juveniles in Midleton AC who have won numerous county, provincial and national medals.

Well done Joan - a truly well deserved award to a dedicated athlete and coach.  Your club is very proud of you! 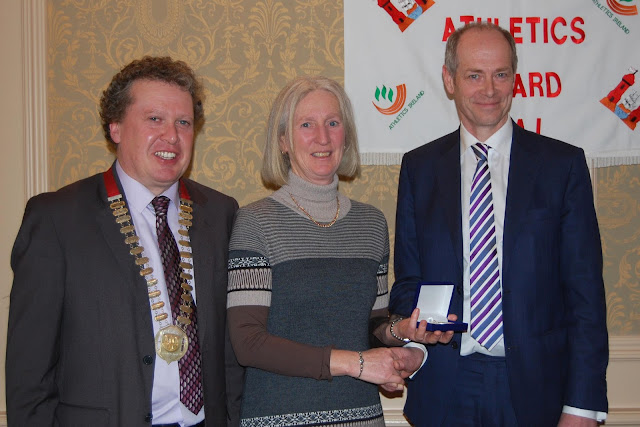