As in other years we as a club have been asked to assist with the envelope packing for the Ballycotton 10 This involves putting the numbers, pins programmes etc into envelopes for posting. This takes place next Thursday evening from 6pm to 9pm and anyone with an hour to spare during these times would be most appreciated. Venue is Midleton CBS and anyone wishing further info email mdtacinfo@gmail.com or give me a buzz at 0872403940

A cold fresh and windy morning saw a big number of runners out for the Kilworth 5km and as per usual we had a good number of runners there. Amongst them were David Moynihan who is flying at present getting himself another new PB by twenty seconds. Ger O'Regan, Mark O'Reilly and our ladies Eileen Leahy, Mary O'Keeffe and Joan McCarthy also had good runs. As usual it was a very well organised event with results out quickly after. 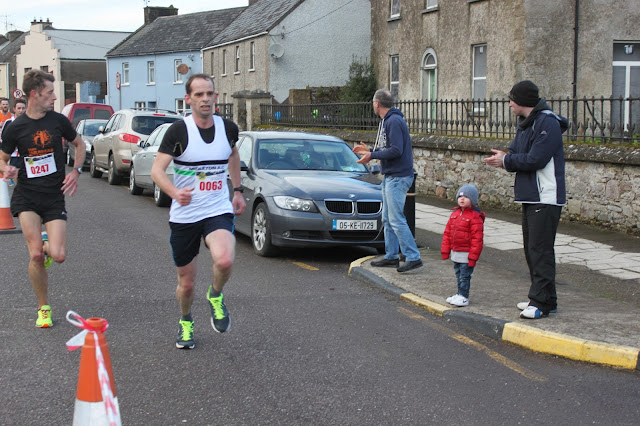 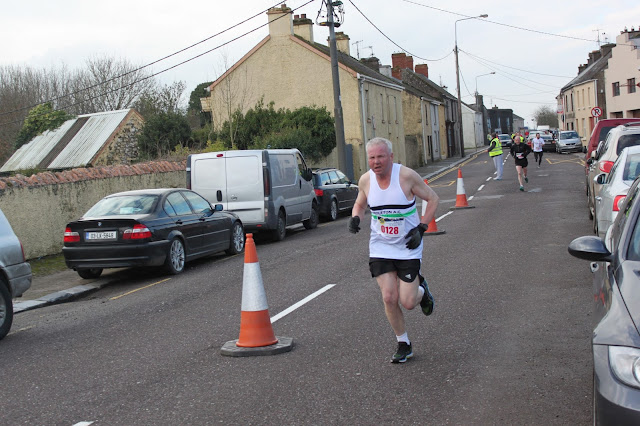 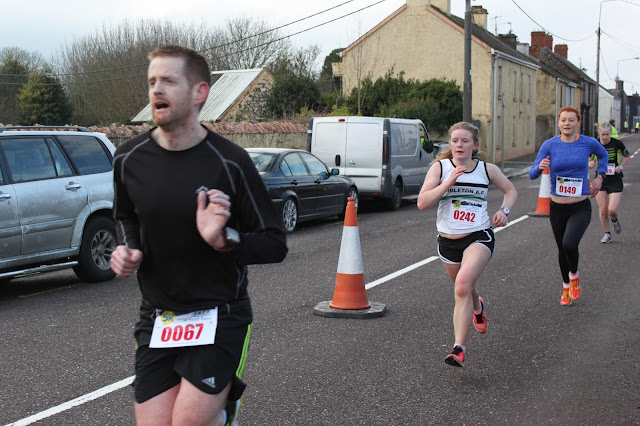 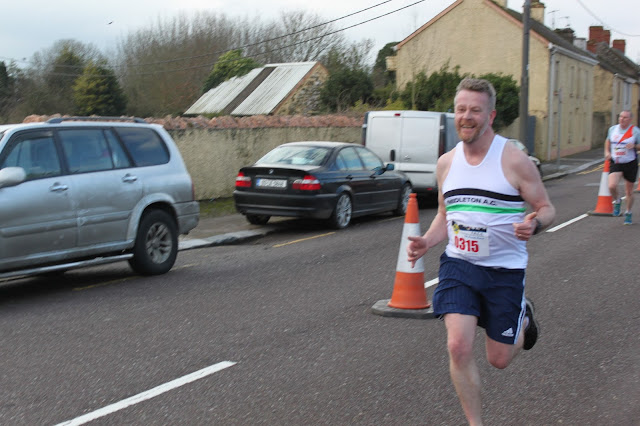 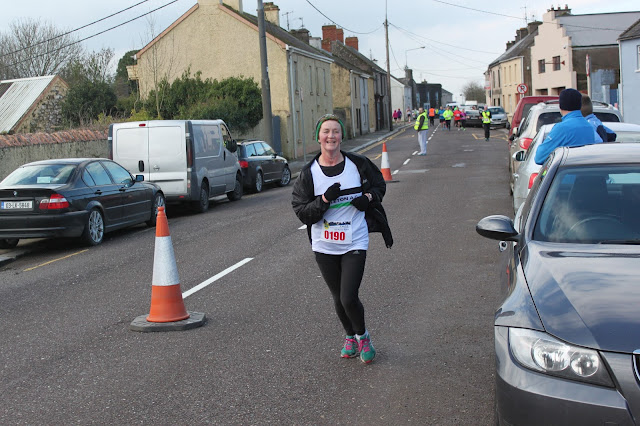 You may be aware that one of our members, Ger Mc Lean has registered to complete this years Cork Marathon in full paramedic gear  (including regulation boots) in aid of the East Cork Rapid Response. He is also attempting to set a new Guinness World Record in the process.

THIS MONDAY NIGHT 15TH @ 5:45pm Ger will be having a promotional photoshoot in full paramedic gear before Club training at the hockey pitch. There will be an East Cork Rapid Response Car and some local newspapers present also. It would be great if there was a group photo with club members to show support. If you can, just come along for 5:45pm. Throw on the Club vest and a pair of boots/shoes/ for a quick snap.

Midleton AC AGM will take place on Tuesday, Feb 16th at 8pm in the Two Mile Inn.  This is the whole club AGM, Juvenile and Senior sections.  All members welcome.

Best wishes to our club member, John Cashman who is attending the Annual East Cork & District Sports Awards Black Tie Banquet tonight, Friday, Feb 12th, at the Midleton Park hotel, where all 12 monthly winners will be present and the Overall Winner for 2015 will be announced. 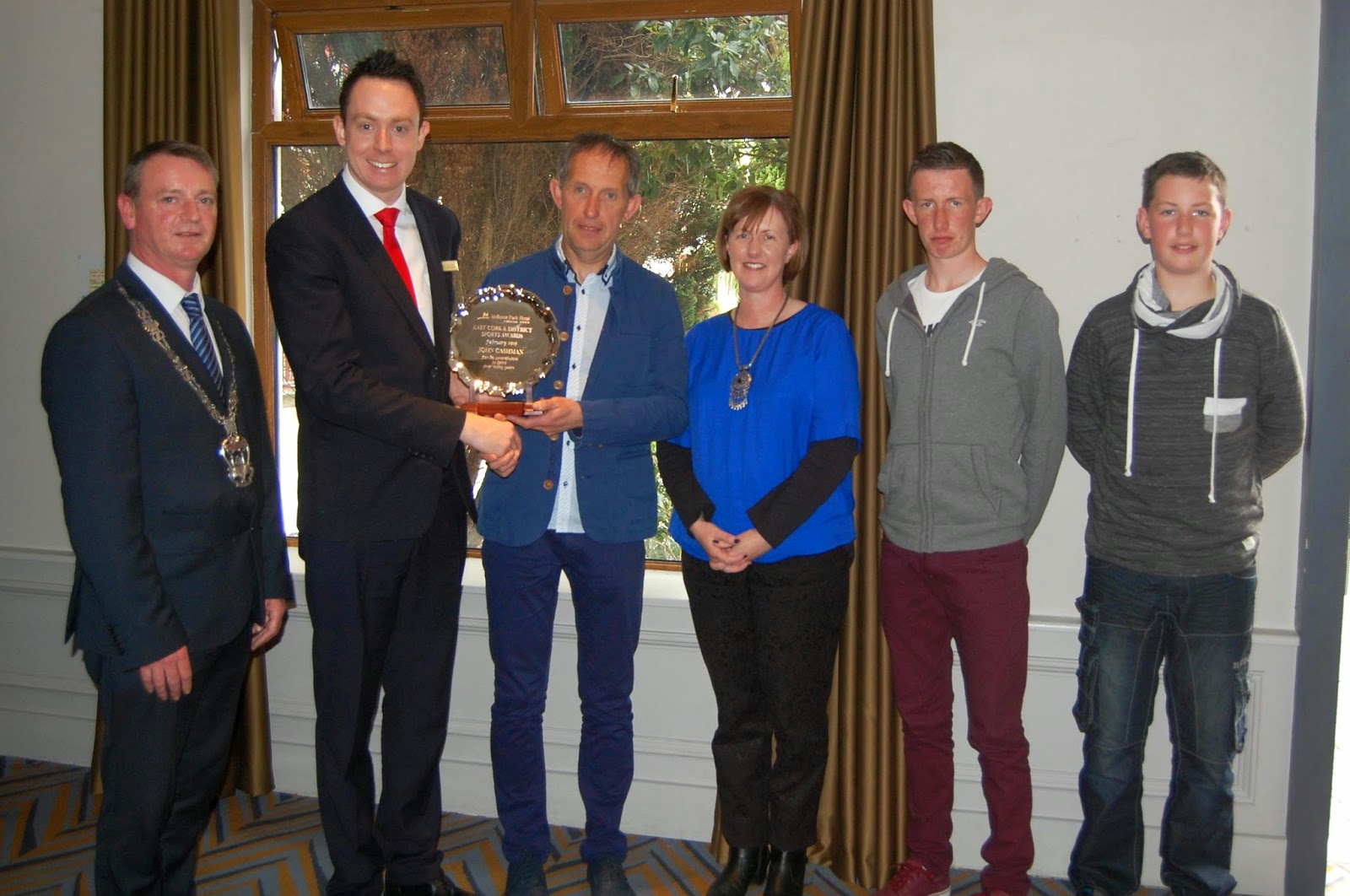 John received the accolade for the month of February, for his contribution to Athletics.
At the time, Mr Sean O’Sullivan, the co-ordinator of the event, said that John was “an outstanding commentator, administrator, athlete and sports fanatic who has been involved in commentating for 96 & 103FM for many years now, regular covering everything from local GAA to Munster and All-Ireland finals.“Living in the beautiful setting of Lougaderra with his wife Siobhan and children, John is also very much involved in athletics including the Ballycotton ‘10’,  Midleton AC, the Cork City Marathon and especially his own pet project, the Ballintotis road race which had over a thousand competitors last evening. He is indeed a worthy recipient of this award for the month of February.”In reply, John said he very much appreciated the award, although he had kept the news of it quiet during the past week in view of other activities! Saying he could “eat and drink sport” the benefits gained in enjoyment and the contacts established over the years made it all worthwhile.Going on to thank a number of people, John concluded by saying he was dedicating the award to Siobhan, Eoin, Darragh, along with his mother at home, “for putting up with Liverpool, athletics, hurling teams and all of that through the corridors of time.”


Good luck to all our members who are racing this weekend.  As always, please email the blog at mdtacinfo@gmail.com with any photos, reports, etc. Email ONLY PLEASE - no texts etc. Thanks.

Posted by Midleton Athletic Club at 14:03