Olympia Half Marathon - Maire 4th lady home and 1st in age category, great running on hot hilly course. I was called up for the 3rd lady prize but they wouldn't hand it over - eventually had to settle for 3rd in my age category. Words to the wise - half marathons and holidays do not mix. (report Eugene McCarthy) 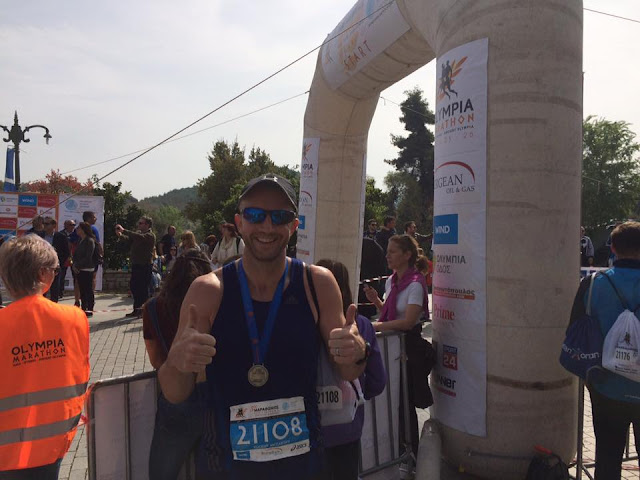 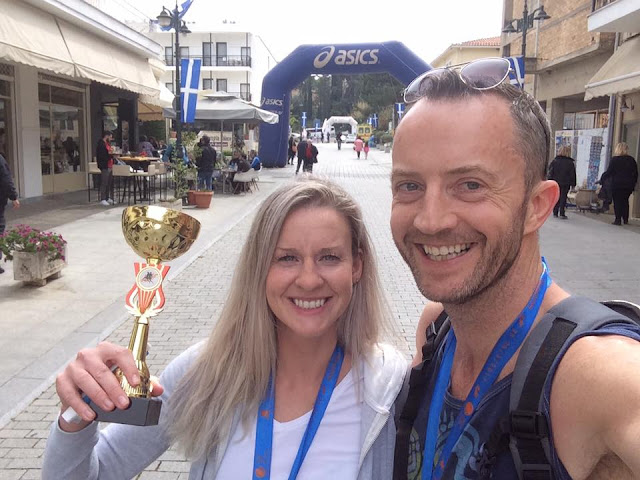 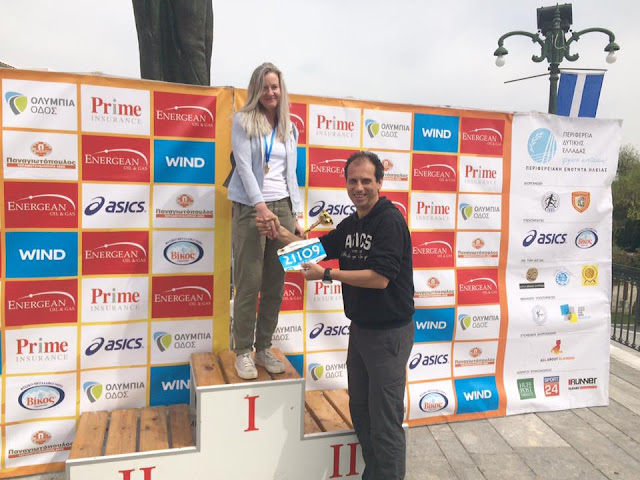 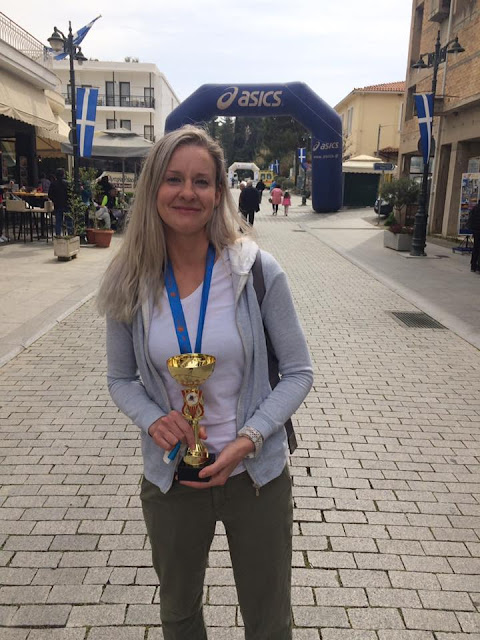 Some thrived in it some died in it but the heat today played a major part in todays race.
Mostly times were down in Mallow today with a winning time of over fifty three minutes where it was wonderful to see local East Cork man Michael Harty have a great victory.
We luckily had some fine runs from the club with Sinead Keavney having a great run to break the sixty five minute barrier and run faster that she did in Ballycotton finishing 5th overall and 1st O/40. Our first man home was Kevin Smith who continues to improve with every race and he was closely followed by Fionan O' hAodin who suffered a little from the heat. Well done to all who ran and apologies to anyone whose photo I missed. 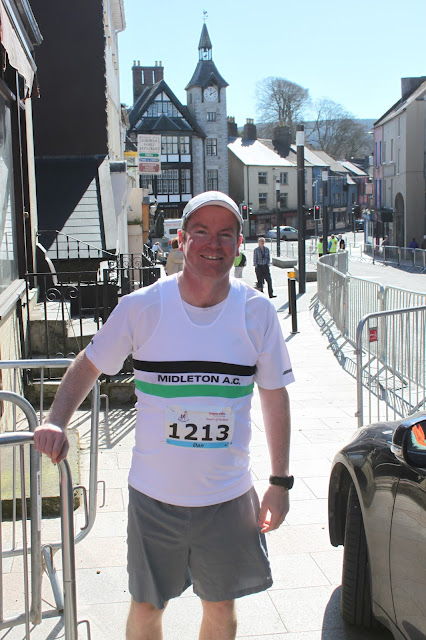 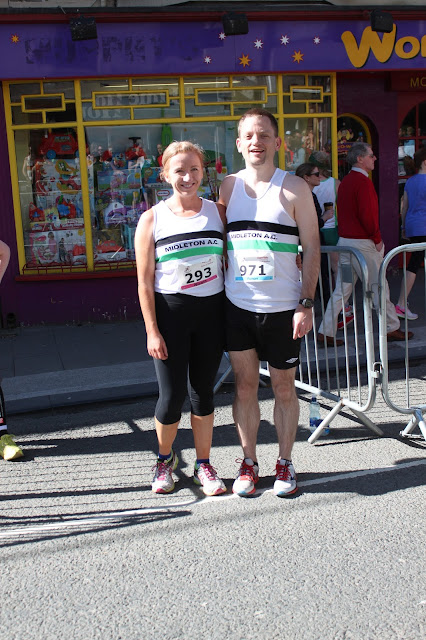 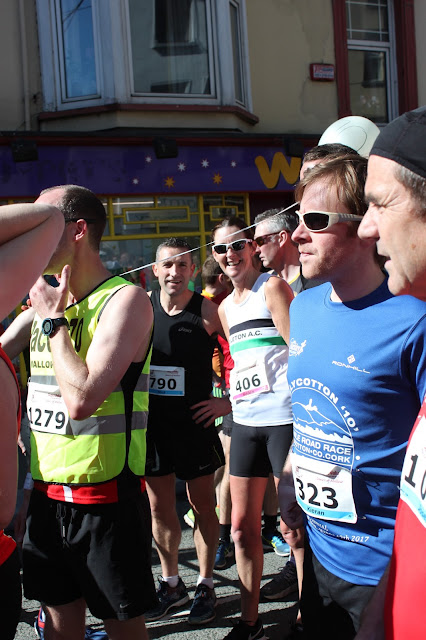 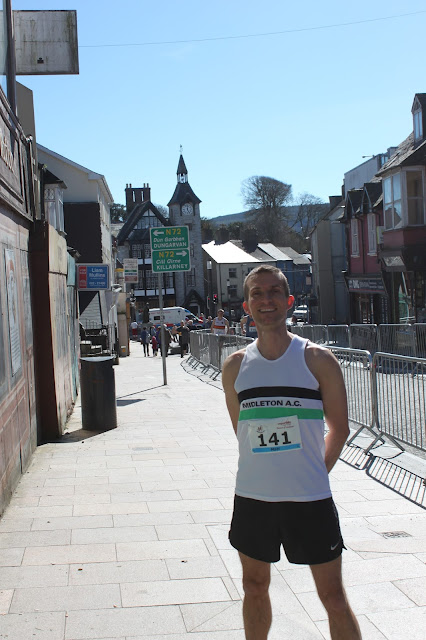 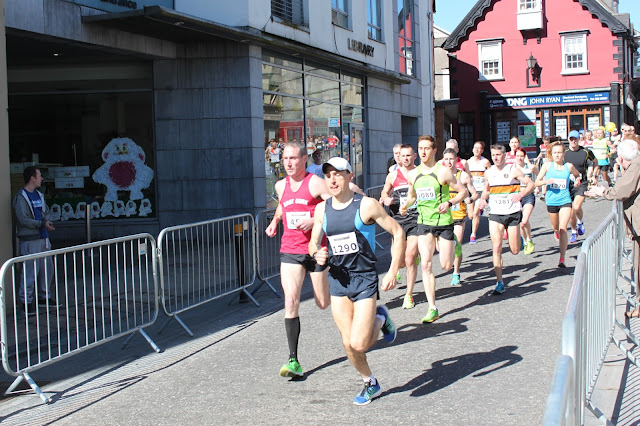 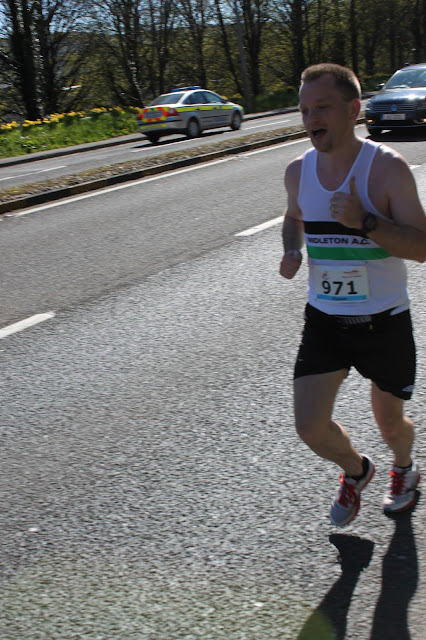 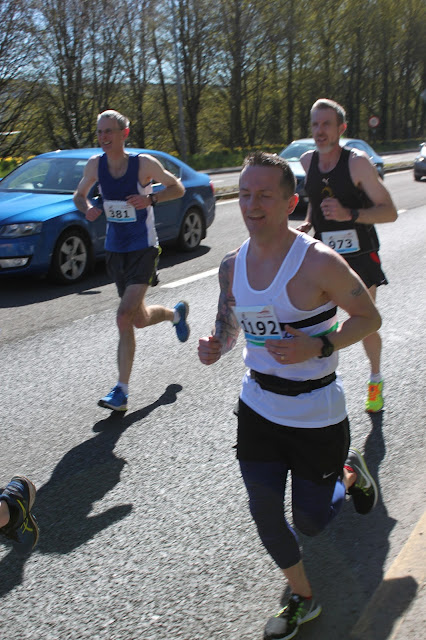 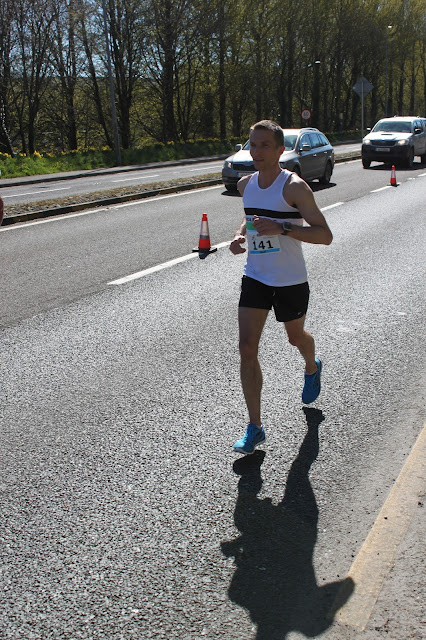 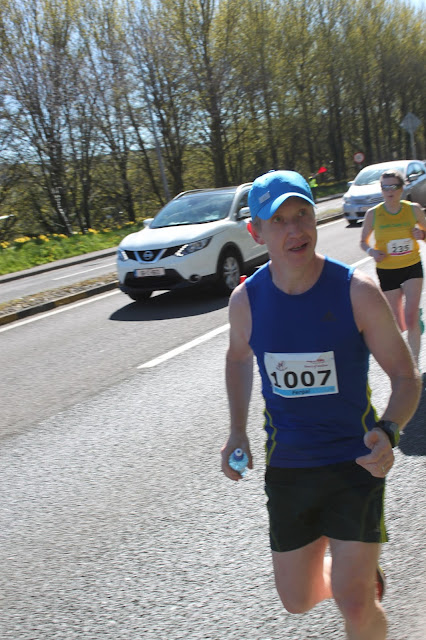 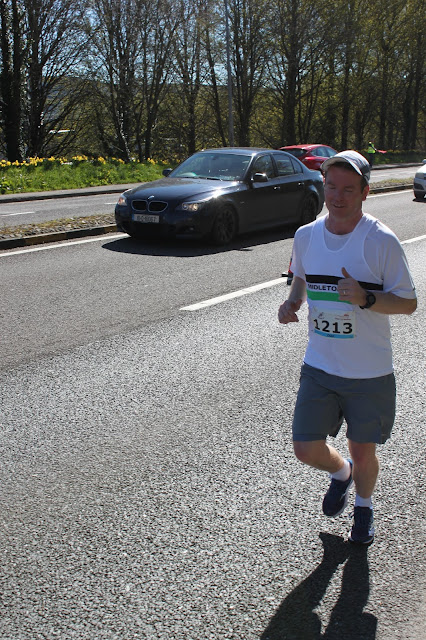 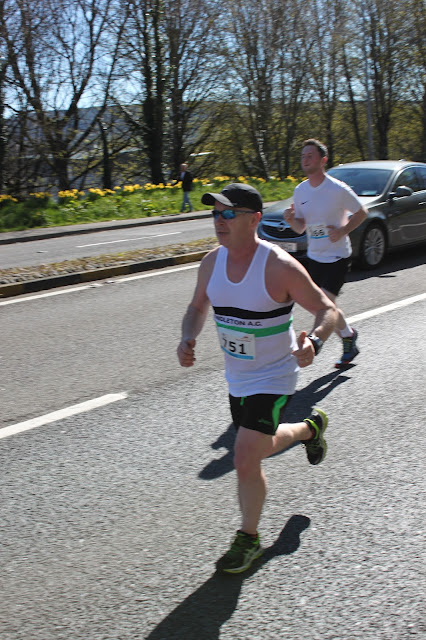 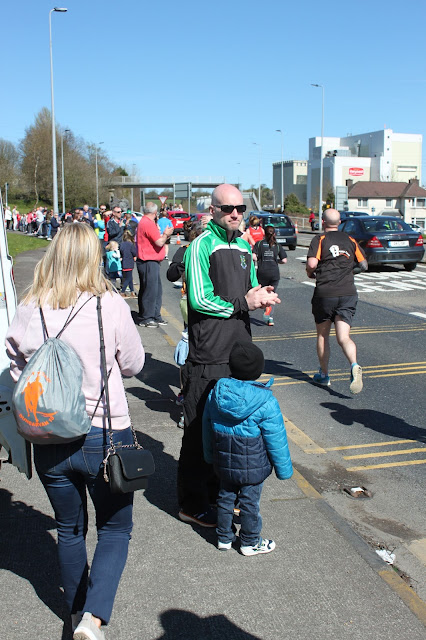 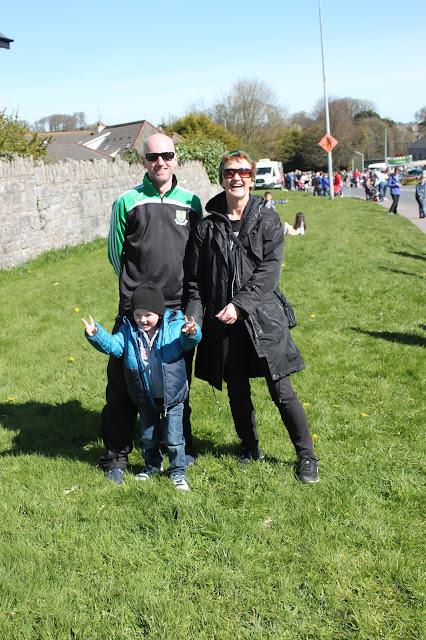 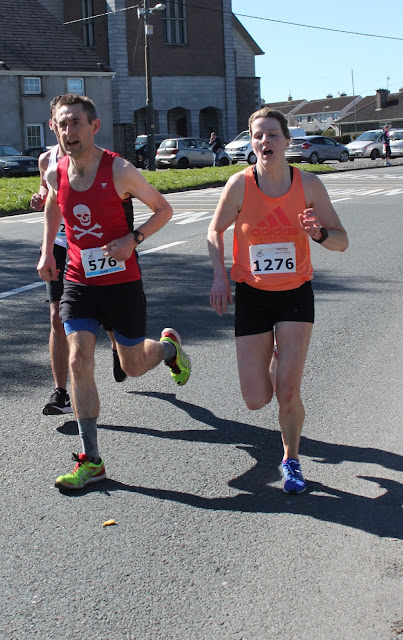 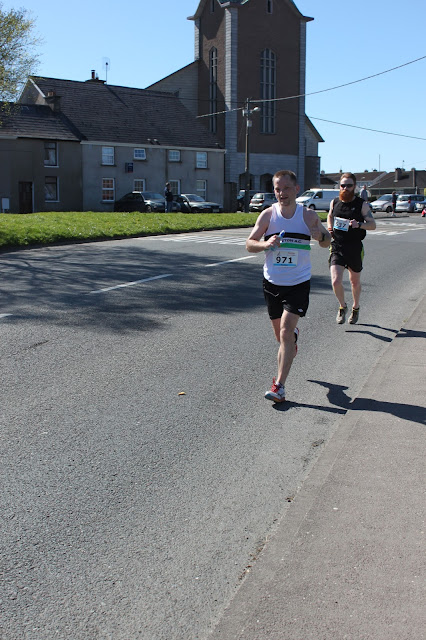 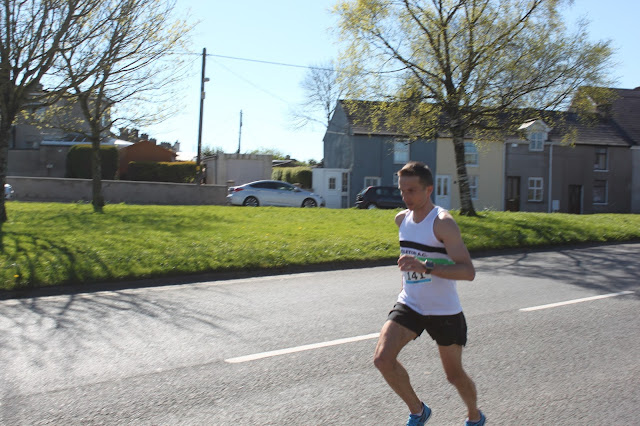 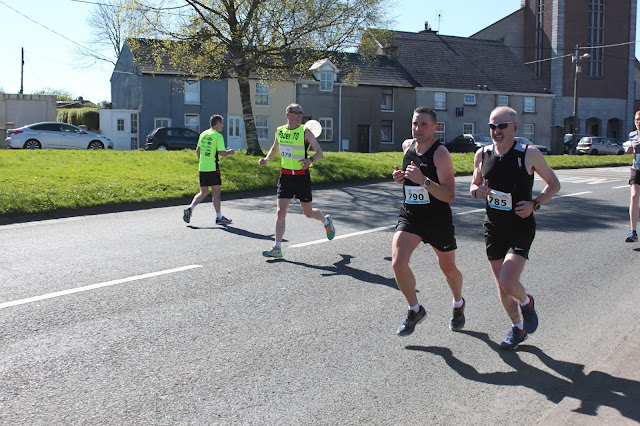 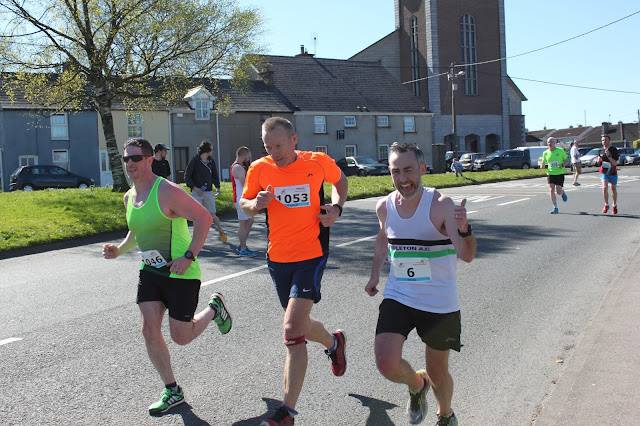 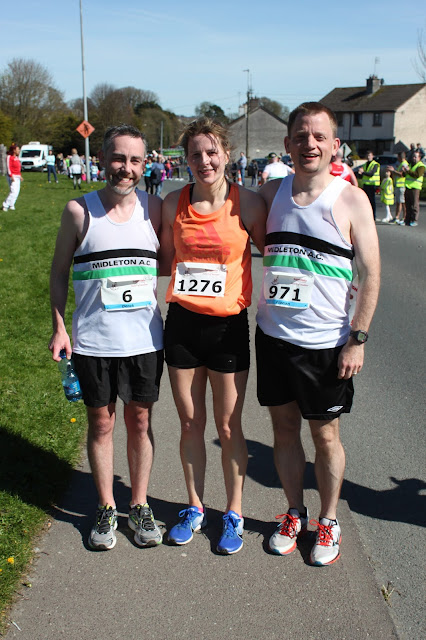 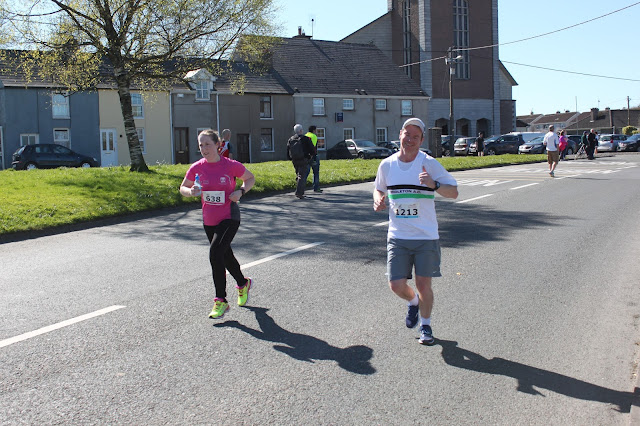 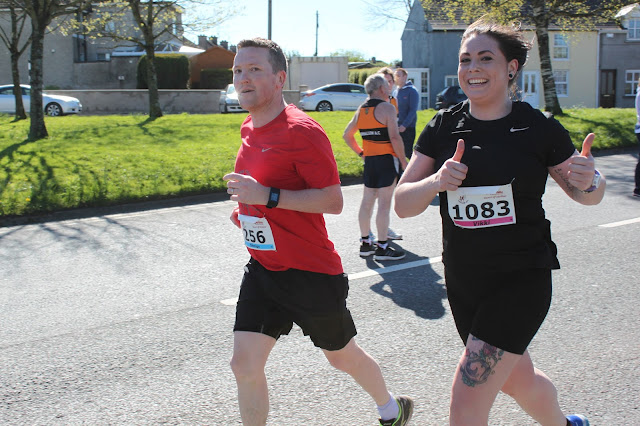 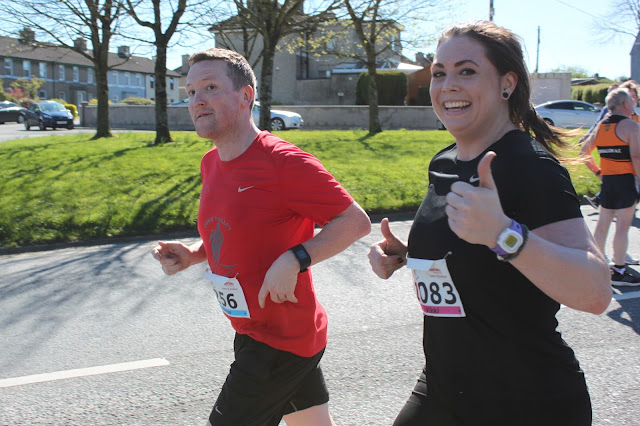 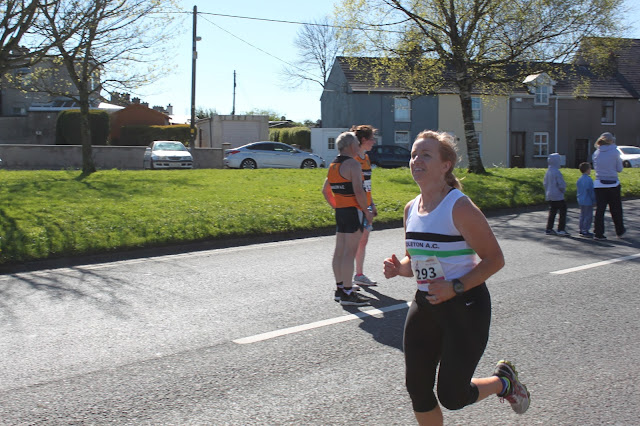 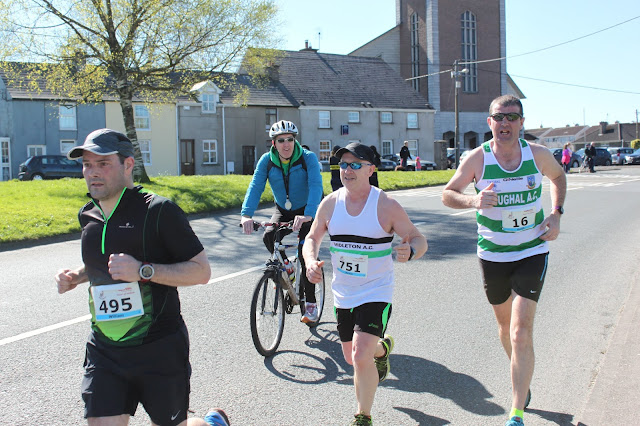 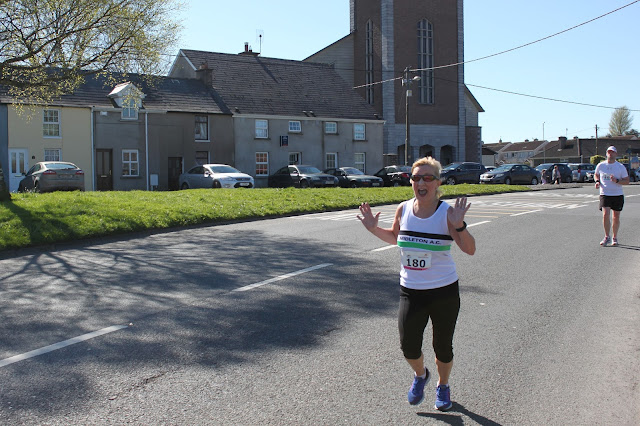 The clocks go forward this Saturday so training can move outdoors on next Wednesday 29th. Venue ( Community Centre) and time ( 6.30 to 7.30) remains the same but we will not be using the hall.

There will be a warm up run followed by basic stretches before we head off in groups. The indoor winter strength and conditioning work is done so now we can concentrate on pace-runs/hills/fartlek/intervals/recovery runs. So spread the word amongst your training/run partners and build this club training session into your spring/summer training programme”.
Posted by Midleton Athletic Club at 23:27