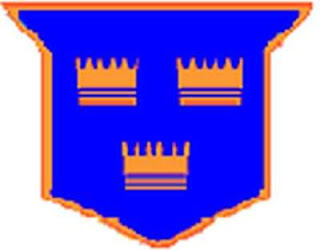 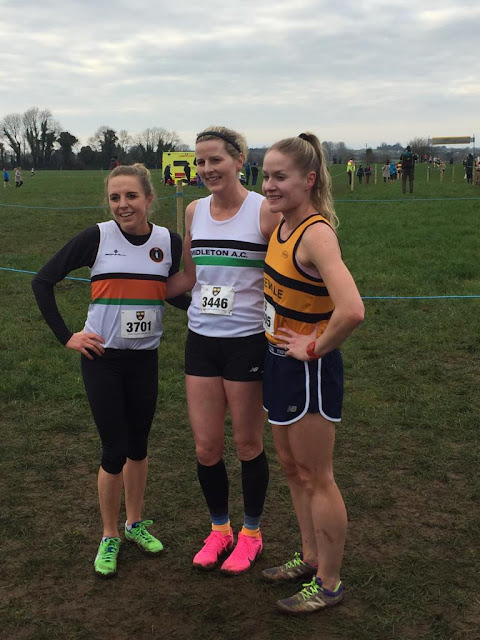 Having travelled to Two Mile Boris, Co Tipperary on Sunday morning for the Munster Intermediate Cross Country Championships Sineád O'Driscoll (Keavney) had a brilliant run to claim the Munster Intermediate Title. In what can only be described as a classic finish Sinead showed her strength and intelligence in coming from behind to claim victory in the final stages of the race. Having paced herself well during the race she outsprinted her rival to win the race in great style. She also let the Cork Team home to win another Gold. Well done Sineád you have done yourself and our club proud once again. Danny 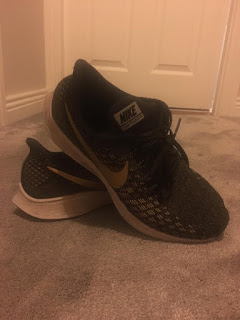 Who is the athlete that wears these runners ?

As part of the fun and games at the Christmas Party we want people to send in pictures of their runners to us so we can guess the athlete. Send pictures to Louise at 0877558031 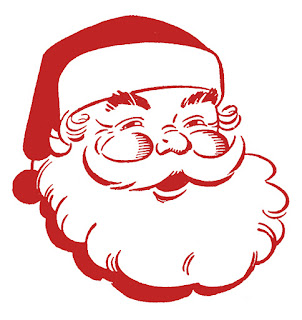 This year's Christmas party will take place on Saturday,


December 7th at 8pm at Water Rock golf course.We promise that it will be a night of fun, food and dancing so have your glad rags ready.Tickets are on sale now and we would encourage club members to buy online as it more secure and much safer than dealing with cash at training.https://www.midletonac.com/events


VOTING IS NOW CLOSED FOR
THE CLUB PERSON OF THE YEAR

Best of luck to all running this weekend both racing and training.

We had one runner in action in Clonakilty this morning. Margaret Jones was running her 19th marathon. In conditions that were anything but favourable to running and marathon running in particular things did not go quite to plan but were not far off either when Margaret ran a great time of 3.54 despite the unfavourable conditions. Well done once again Margaret you did yourself and your club proud once again and roll on number twenty in London next year.
Ian Kohler also had a fine run in the Clonakilty 10km where fighting the same conditions as Margaret but not for as long Ian came home in the fine time of 60.17. There were over seven hundred runners in this race. 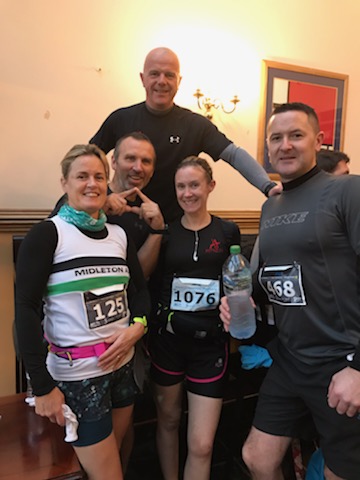 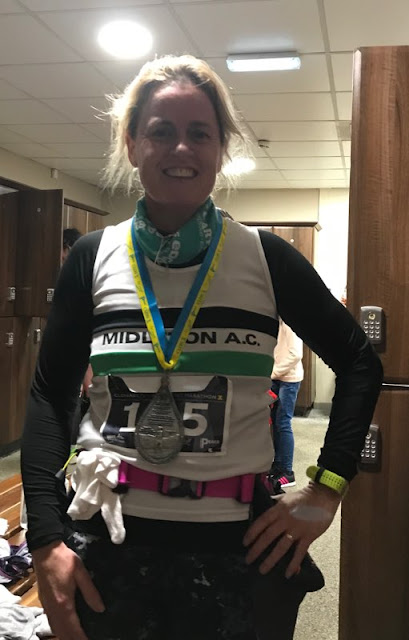 Posted by Midleton Athletic Club at 16:58