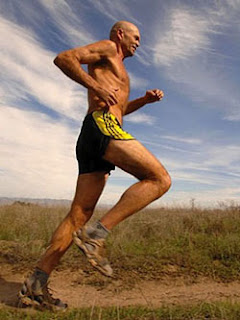 Micah True, better known by his nickname, "Caballo Blanco", whose extreme-distance running was detailed in book Born to Run, set out on jog on last Tuesday in New Mexico but never returned. True, 58, whose extreme-distance running prowess is detailed in the book Born to Run, set out on what – for him – would have been a routine 12-mile run on Tuesday from The Wilderness Lodge and Hot Springs, where he was staying. He left his dog at the lodge and never returned. A search began the day after.The body was discovered at about 6pm in a remote, rugged area of the Gila Wilderness, the New Mexico state police said. The cause of death was still unknown, but there were no obvious signs of trauma, incident commander Tom Bemis told the Boulder Daily Camera.Michael Sandrock, a columnist who writes about running for the Daily Camera, knew True for at least 20 years and had run with him. He called True a pioneer of the sport of ultrarunning, which involves running extreme distances, often on gruelling terrain and many miles longer than the 26-mile (40km) marathon. He described True as a "legend" among ultra runners.True was the race director of the Copper Canyon Ultra Marathon, a 50-plus mile race in Urique, Mexico, last month. He was featured in articles in running magazines and was a central character – known by his nickname, "Caballo Blanco" – in Christopher McDougall's non-fiction bestseller "Born to Run." McDougall said he based his book on the first Copper Canyon marathon that True organised. "It's heartbreaking because there was this unique, wonderful running party he put on in the middle of nowhere, and no one else could make this happen," he said.Here is a talk given by Caballo Blanco back in 2010 about the now famous Copper Canyon race with the Tarahumara Indians in Mexico...
If you have not read this book read it now.One of the best books about running ever Danny
For more info and some videos see http://www.corkrunning.blogspot.com/2012/04/ultra-runner-caballo-blanco-found-dead.html
Posted by Midleton Athletic Club at 15:10