Ballynoe Thur. next
we need as many as possible to run
You must wear the club colours we will have spare colours there for those that need them.

Stryker 4 Mile
Almost five hundred and fifty runners took part in this race and we were very well represented with a huge number of runners far too many to mention by name. It was very well organised with lots of stewards and hopefully it will become again a regular feature on the race calendar. We had two prize winners here Mary O'Keeffe 2nd O/45 and
Kathleen O'Connell 1st O/60
Karen Grant was 2nd overall but doesn't appear to have been registered nor was Neilus Aherne so hopefully this will be sorted by the next race. 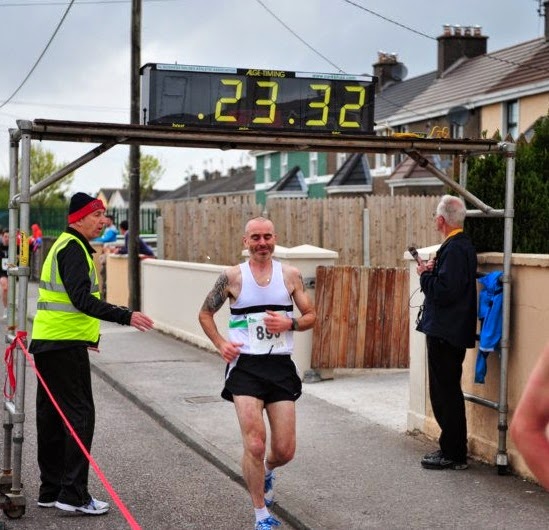 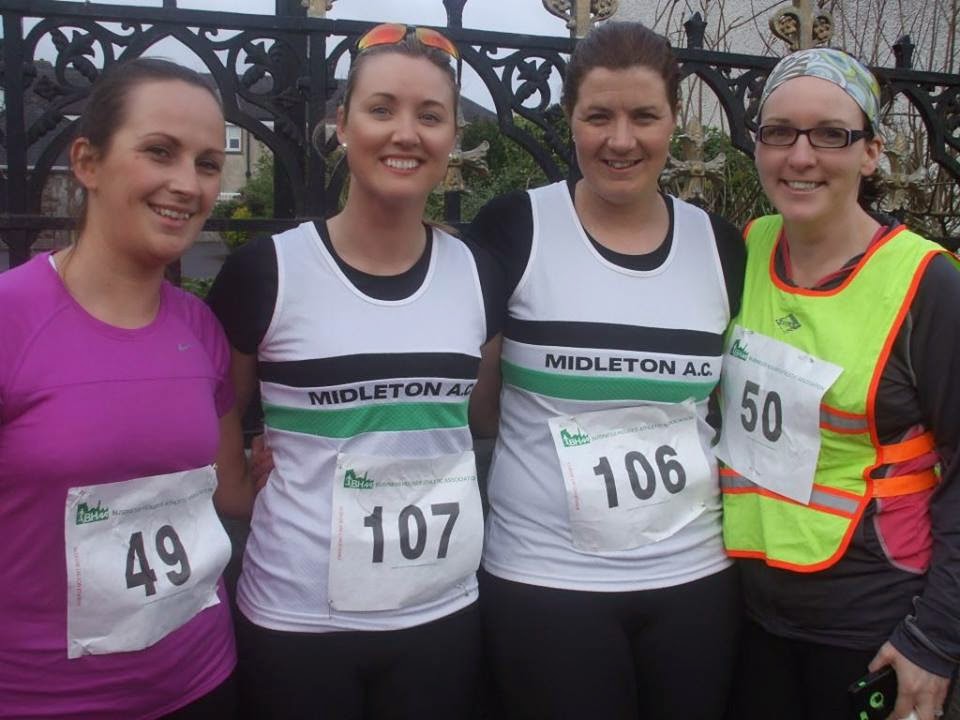 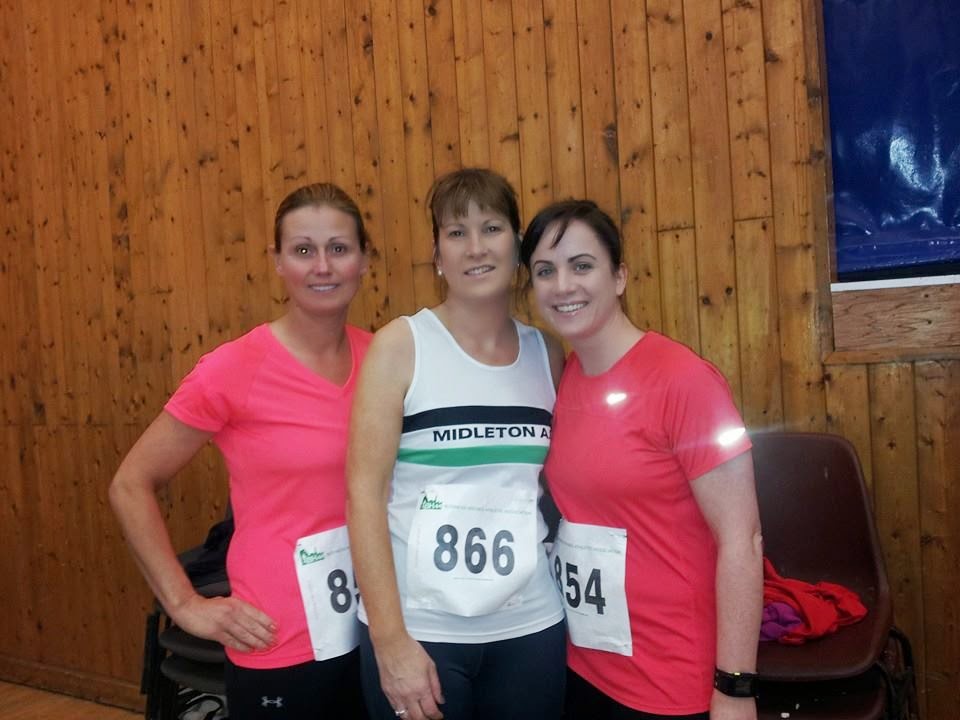 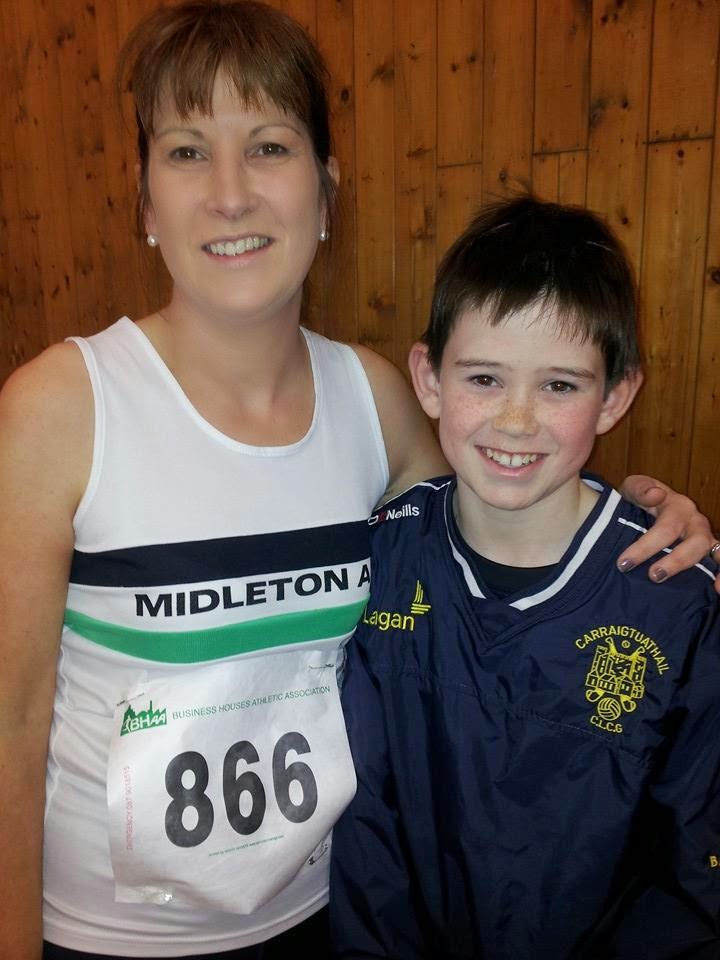 This amazing young man Cian Horgan managed to run with his hand in plaster and still he beat his Mam, 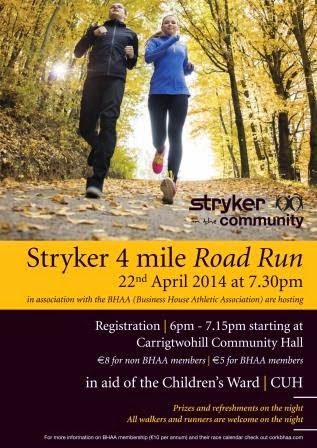 The Stryker 4 mile race is back on the calendar this year on Tuesday April 22 at 7.30pm. Registration takes place at Carrigtwohill Community Hall from 6pm. All proceeds go towards the Children's Ward in CUH so please try to get out and support this cause.
Great to see this event back on the calendar as it was a very popular race up to a few years ago when it stopped . At one time a group used to travel to this race from the Hq of the company in the USA and great fun was had exchanging running gear Tshirts etc. as they liked the Irish ones and we liked the American ones.
The course is not an easy one it usually starts down by the church crosses the railway bridge and uphill then a sharp left like the Summer race but keeps going past the first crossroads until the next left then downhill to the old Youghal Carpets plant and left again to the roundabout and left again into Carrigtwohill.
Posted by Midleton Athletic Club at 16:39