Tales From The West or Wild West Tales 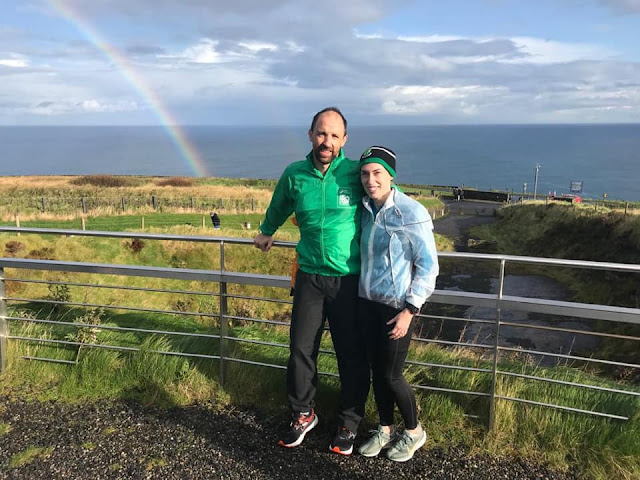 This year was our “stay at home weekend away” gig and the target race for the Midleton AC sponsored weekend was the Céide Fields 10k and ½ marathon on Saturday October 12th, hosted by Ballycastle AC under the able stewardship of almost-a-Cork-man Michael Kelly. Nine members set out from Midleton on Friday for the 4-5 hour drive to Ballycastle on the North Coast of Mayo. In no time at all we were relaxing with our weekend host Barbara over tea, coffee and cakes in her lovely B and B on the edge of Ballycastle village. The race details and local attractions were discussed at length and the team race tactics were agreed before cosy beds beckoned. Some senior athletes, being more experienced in these things, headed down to Healy’s pub in the village and after a blast of Kevin Barry, the Boys from the County Mayo and a lengthy Sam Maguire recitation from local Mayo-Dub Dan, returned to Barbaras B and B ( ...key left in the front door) to fine tune their race plan armed with the additional nuggets of information cunningly extracted from the locals in Healy’s Bar.

D- Day dawned with almost blue skies. After a healthy breakfast  ( although 1 athlete opted for a serious fry-up and by heavens he did NOT suffer for it later on with a rasping 10k just-returning-to-running performance) and some readjustment of the race tactics on foot of the cunningly obtained additional info, Midleton AC-on-tour-out-west walked down to the race centre in the village. It was a hive of activity – brilliant atmosphere, incredibly friendly people, nothing was a problem and the banter was hectic. Once armed with our race numbers we took the bus out to the Céide Fields Heritage Centre where both races were to start at 12pm. In the cavernous heritage centre we had free tea/coffee/biscuits provided, free access to the heritage building including climbing to the viewing platform at the top to be wowed by the absolutely spectacular coastal scenery. What a dramatic start to a race!

While the 10k route took in some fabulous views and countryside, there was a dog-leg for the ½ marathon race around the tip of Downpatrick Head which was scenic beyond compare. How in God’s name did our heroes keep running at all!!

The sting in the tail for the 10k was a 1km steep climb practically to the finish line – the ½ marathon heroes had their climb during the dog-leg – and it was wonderful to see the 5 Midleton AC 10k vests all coming up that hill practically together in the first 12 finishers. Vicki Spiteiri put in a cracking race pitted against a very gutsy Athenry AC lady who led all the way to the 8k mark. Tom Cody, wearing his 34 year old Midleton AC vest put in a sterling performance from start to finish – what a club legend that man is. The ½ marathon crew, led home by club captain Declan Dorgan and followed in short order by the ever competitive and reliable Helen Gilroy and Sheila Buckley, completed a very strong performance by Midleton AC which was noted in no small way by the local athletic clubs.

Back at the race HQ we were treated to a sumptuous spread and again marvellous hospitality and banter. A good catering idea we noticed was that they had large trays of sandwiches pre-placed on all the tables which worked well in eliminating the usual food queues.

Needless to say, our late club colleague Frankie Devlin was foremost on our minds and thankfully we managed to apply our race endeavours to the memory of Frankie who could be described as the lady equivalent of Tom Cody in terms of legendary performance for Midleton AC.

After the prize ceremony we retired briefly to Barbara’s B & B for showers before heading off on foot to walk the Downpatrick head.....only adding a further 10k or so to our day! Not a bother shur! The photos taken tell the story....the mind-blowing beauty of our wonderful country.

On our return to Ballycastle we struck for Healys’ bar where all of us enjoyed a smashing three course meal before settling down in the bar area for a night of traditional music, singing, poetry and craic with the locals. Race director Michael Kelly blew us away with his rendition of “Raglan Road” but Tom Cody lept to the challenge ( ...not just a legendary athlete) and raised the rafters with “Take me Home to Mayo”.

Despite a 2am finish in Healys’ bar for some of our heroes, the Midleton AC crew took off at 8.30am on Sunday for a 4.7 mile warm down run out to and along Ballycastle beach. Again, what a setting for a run...the wild Atlantic, golden sands, crashing waves, incredible scenery...

Back to auntie Barbara for showers, breakfast and banter and then, happy as good old Larry, we all hit the road for the Rebel County.

Thank you Midleton AC for facilitating and supporting the annual and simply  marvellous club weekend away 2019. Edmond 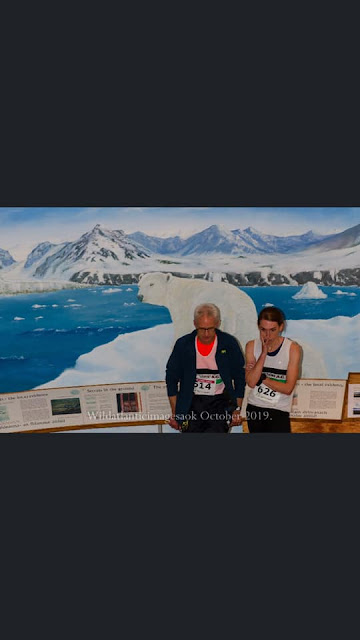 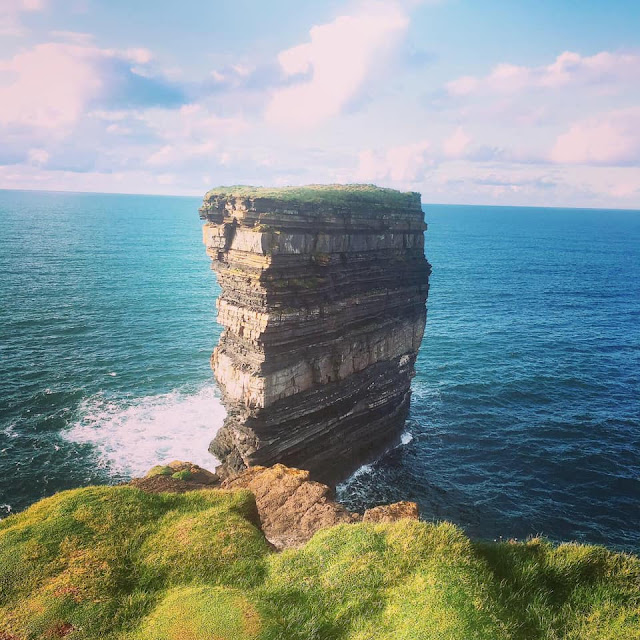 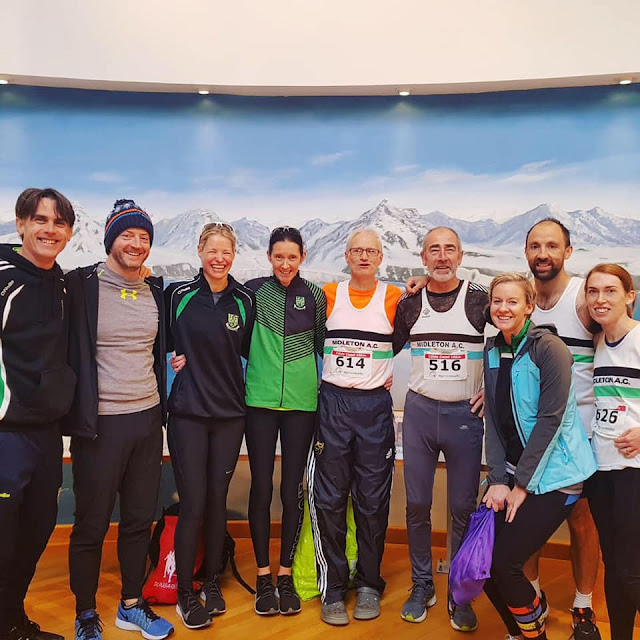 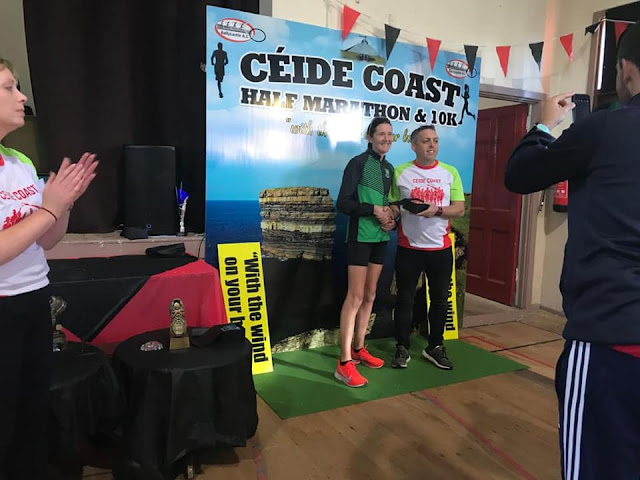 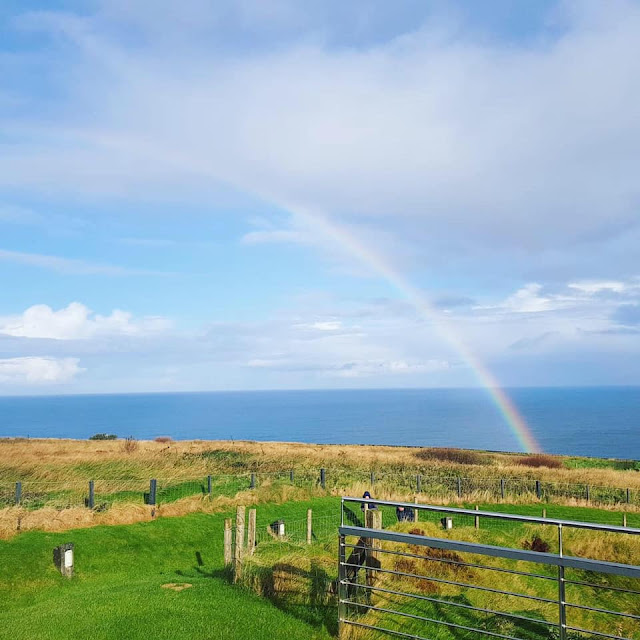 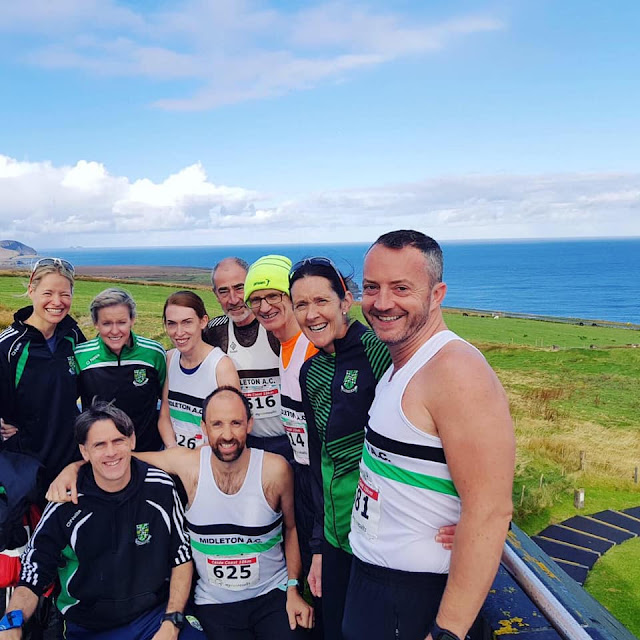 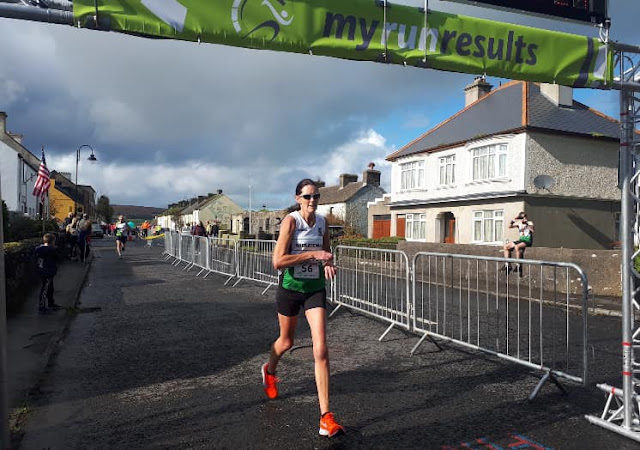 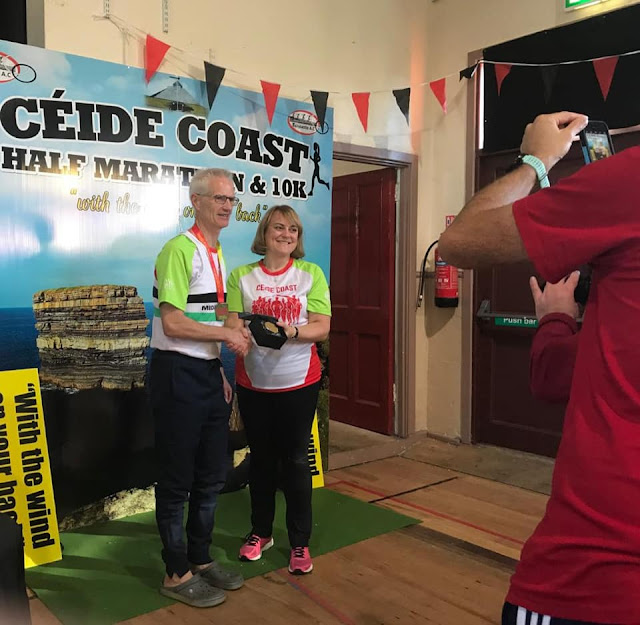 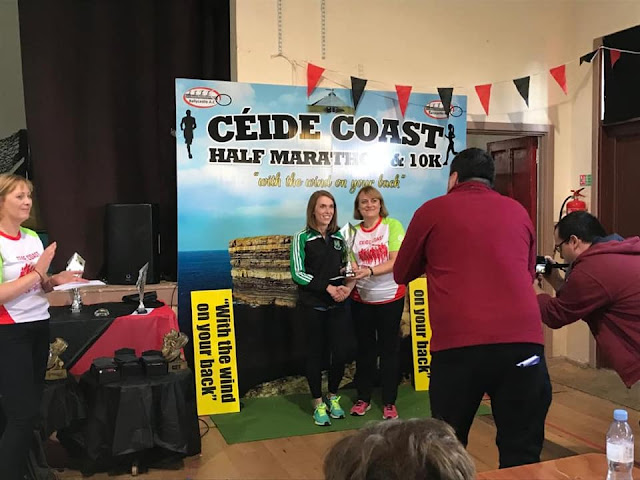 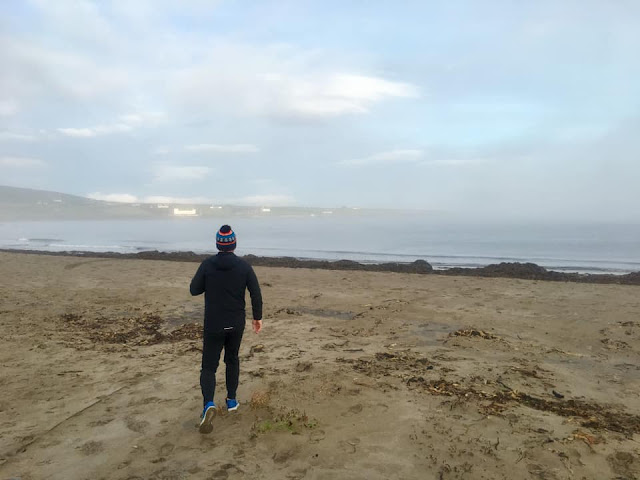 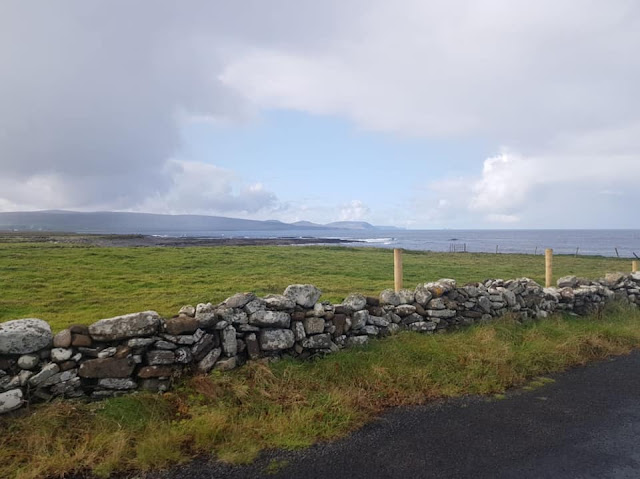 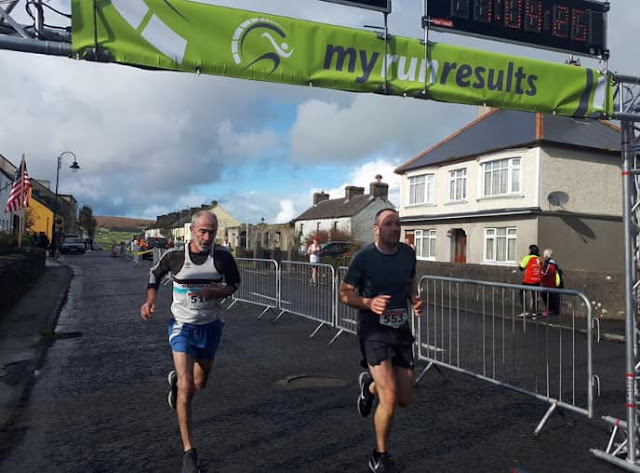 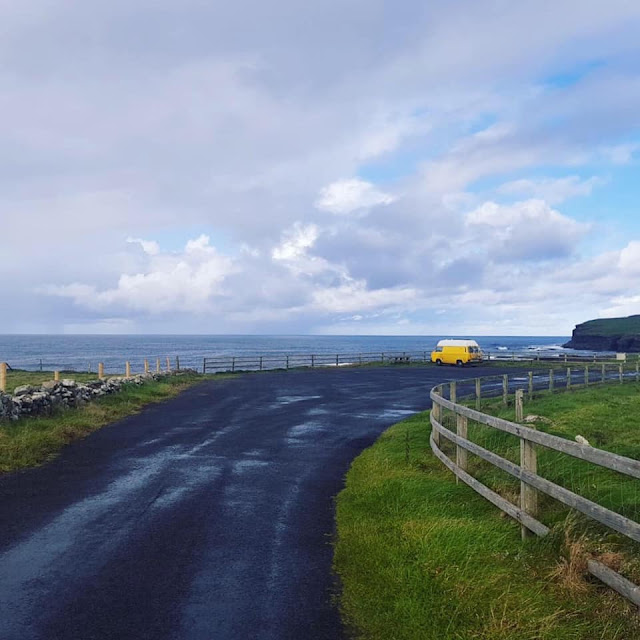 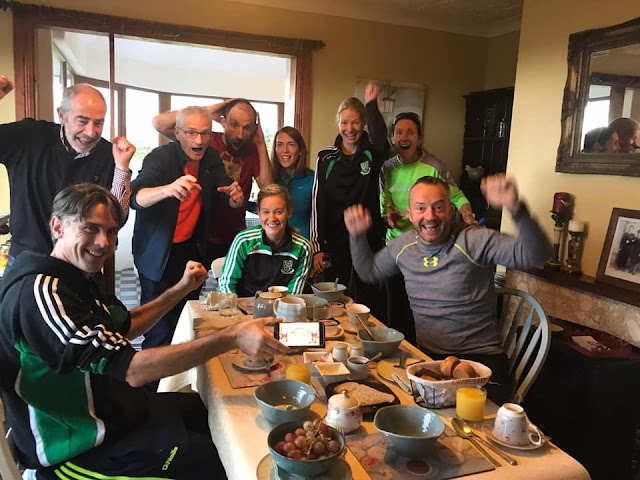 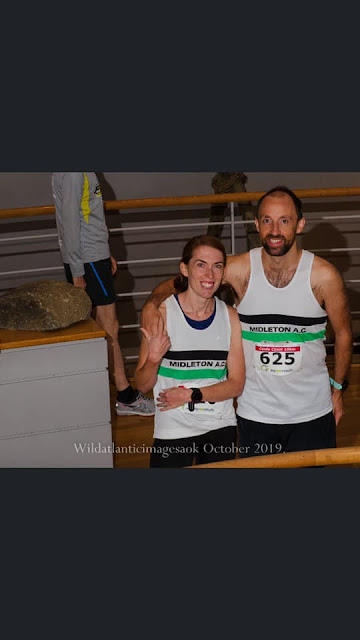 Posted by Midleton Athletic Club at 15:09