We had two runners here today both having fine runs on this tough course Neilus Aherne 40.04 and John Dunphy 45.22. Well done guys.

Best Kept Secret (until the job was done) 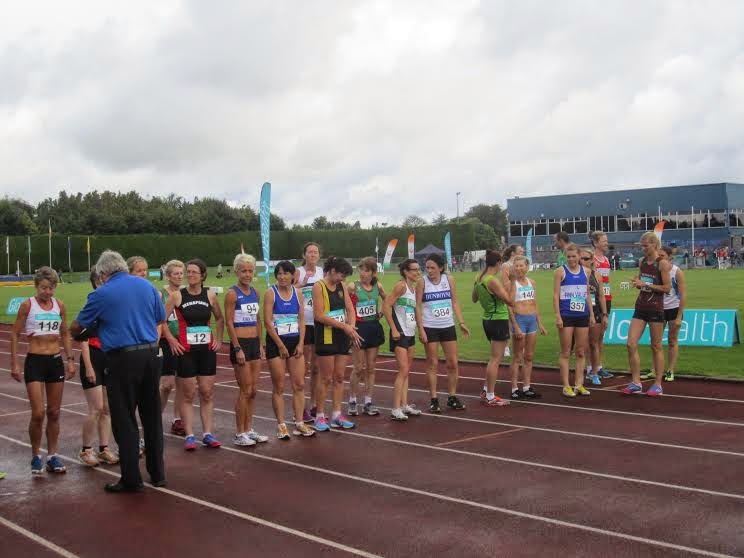 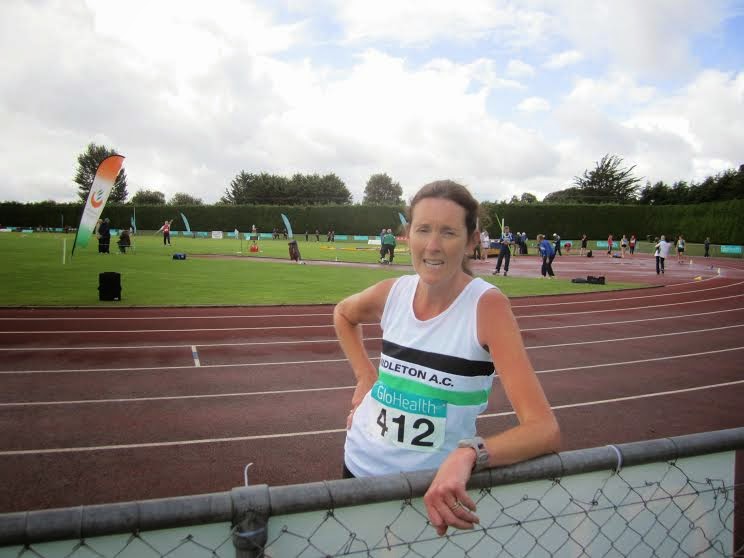 Helen Gilroy took part in her first ever National Championships on the track today and word has just come through is that she has won Bronze in the 3000m race .
Very few knew she was participating as this was Helen's first ever track race. What an amazing achievement to win a National Medal in your first ever race on the track. The National Masters is one of the most competitive areas in our sport and to come home with a medal is absolutely outstanding.

Hopefully this will inspire others to go forward on the track next year and follow in Helen and Daniel Colbert's footsteps as we once had some superb track athletes and we are well on our way again with Helen's and Daniel's achievements this year. Now its time to knuckle down to thinking about the cross country season where many great track athletes began. 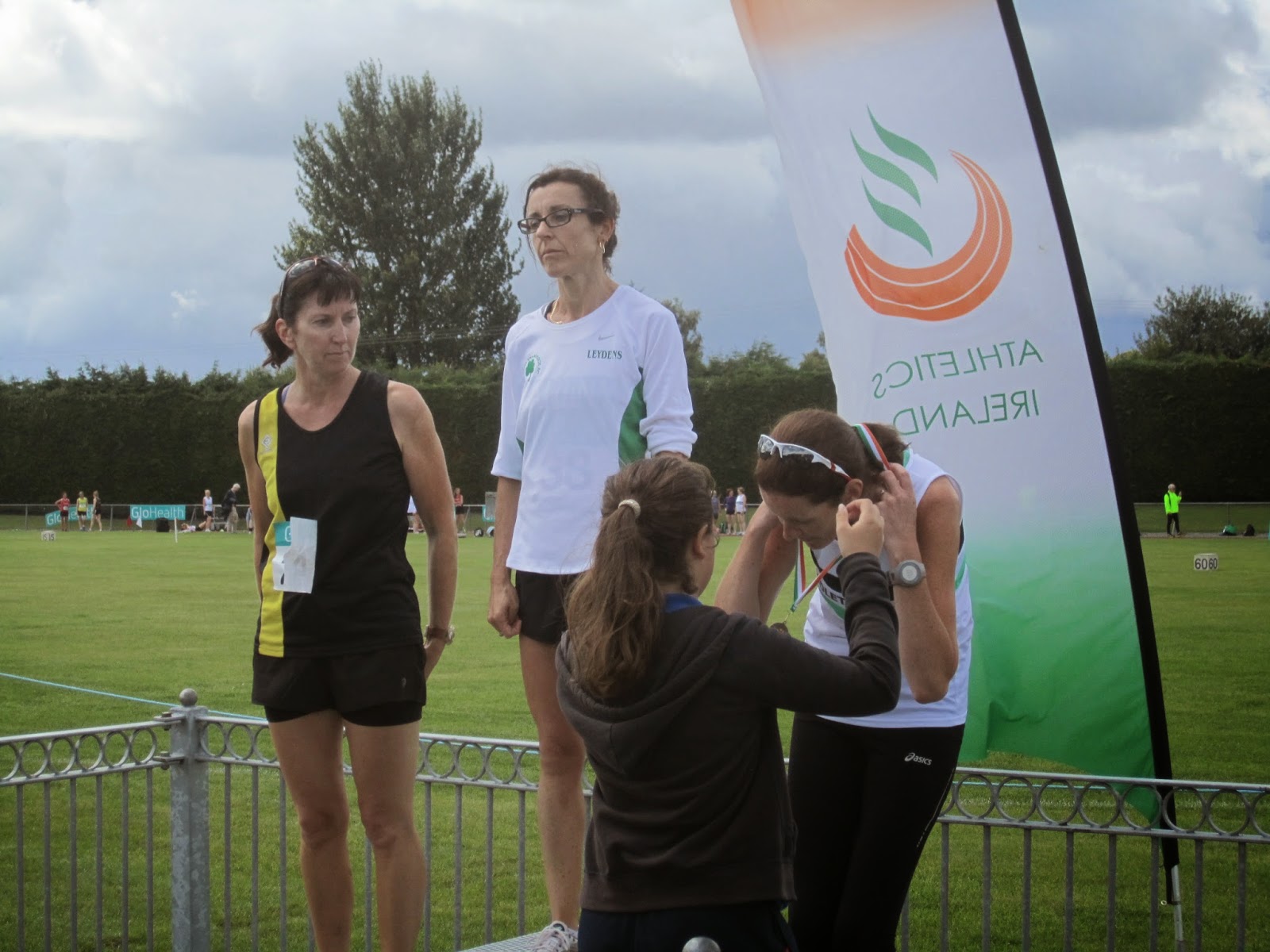 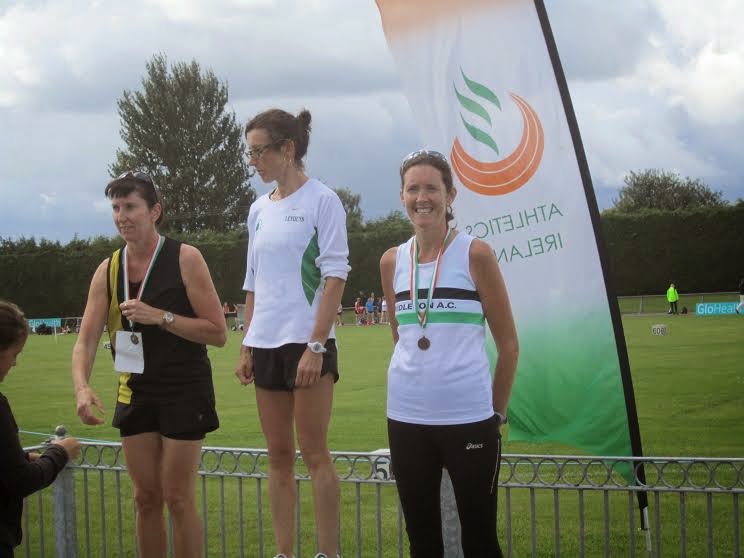 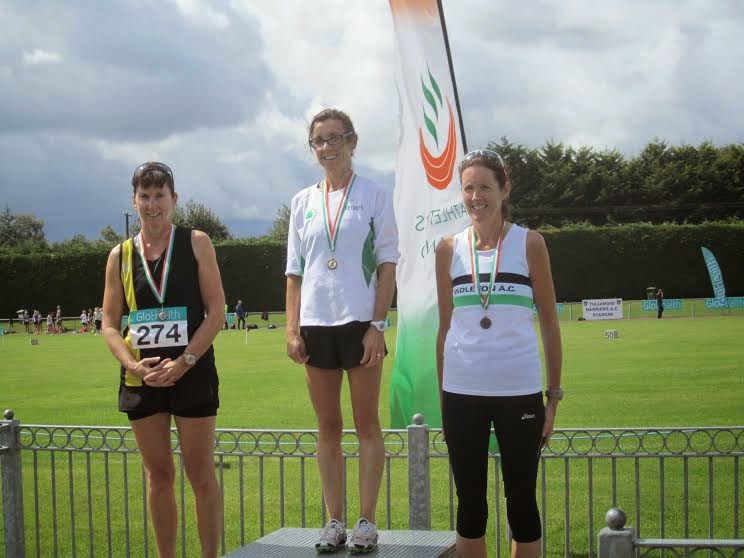 How wonderful to see the Midleton AC  senior colours on a National Podium twice this Summer not to mention the amazing achievements of our juveniles at national  and international level. See below in case you are not aware of this, 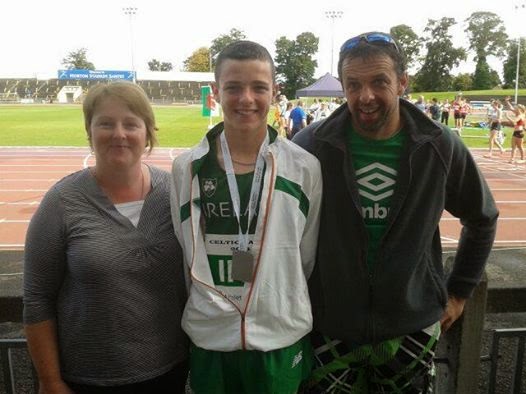 SILVER FOR JACK AT THE CELTIC GAMES

Jack competed for Ireland up an age in the u16 Discus where he finished second to claim silver. An outstanding achievement for the 14 year old who showed just how good he is throwing a heavier discus than he’s used to, and up against older competitors representing Scotland & Wales. 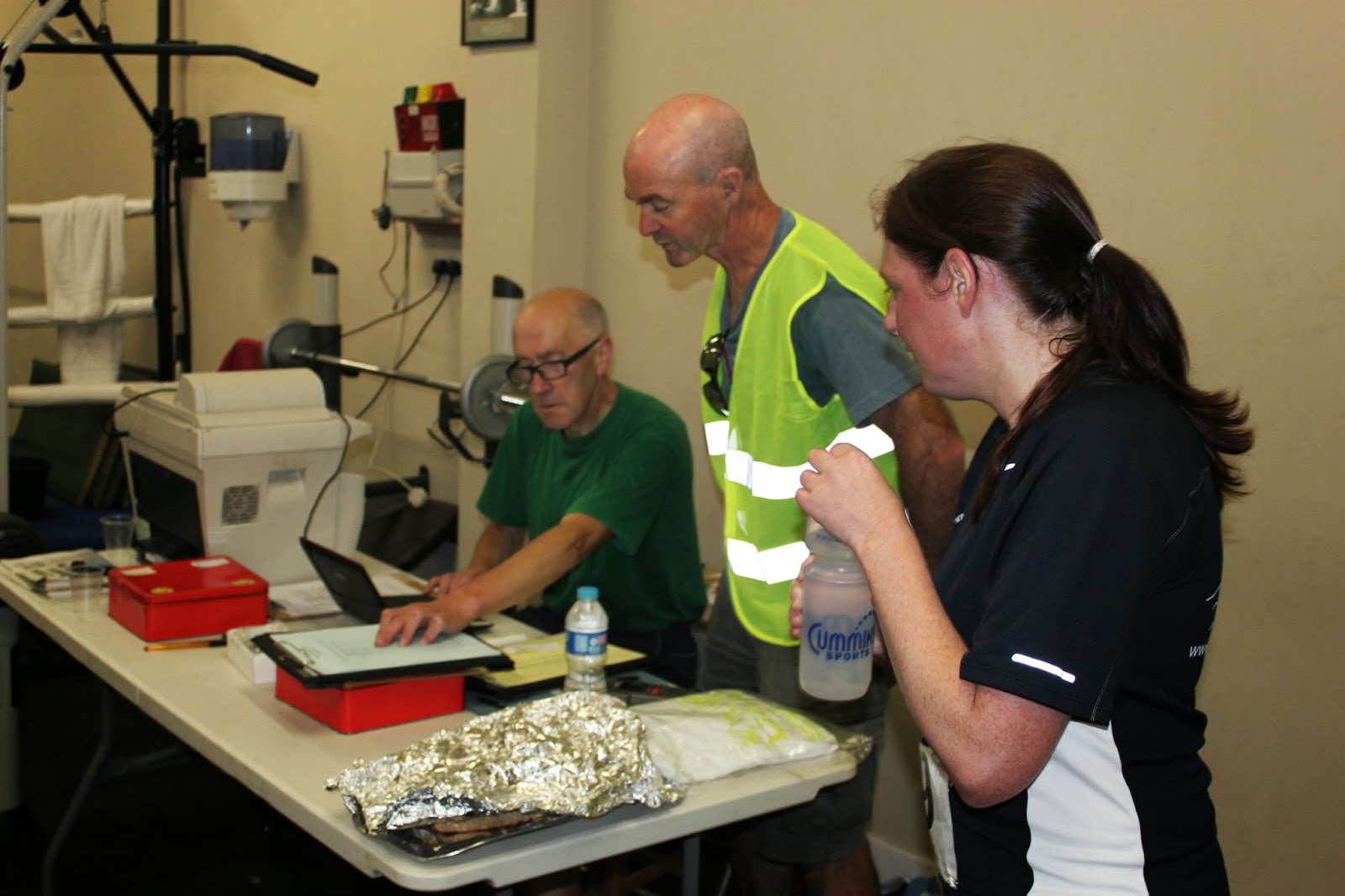 Searching for the chip timing 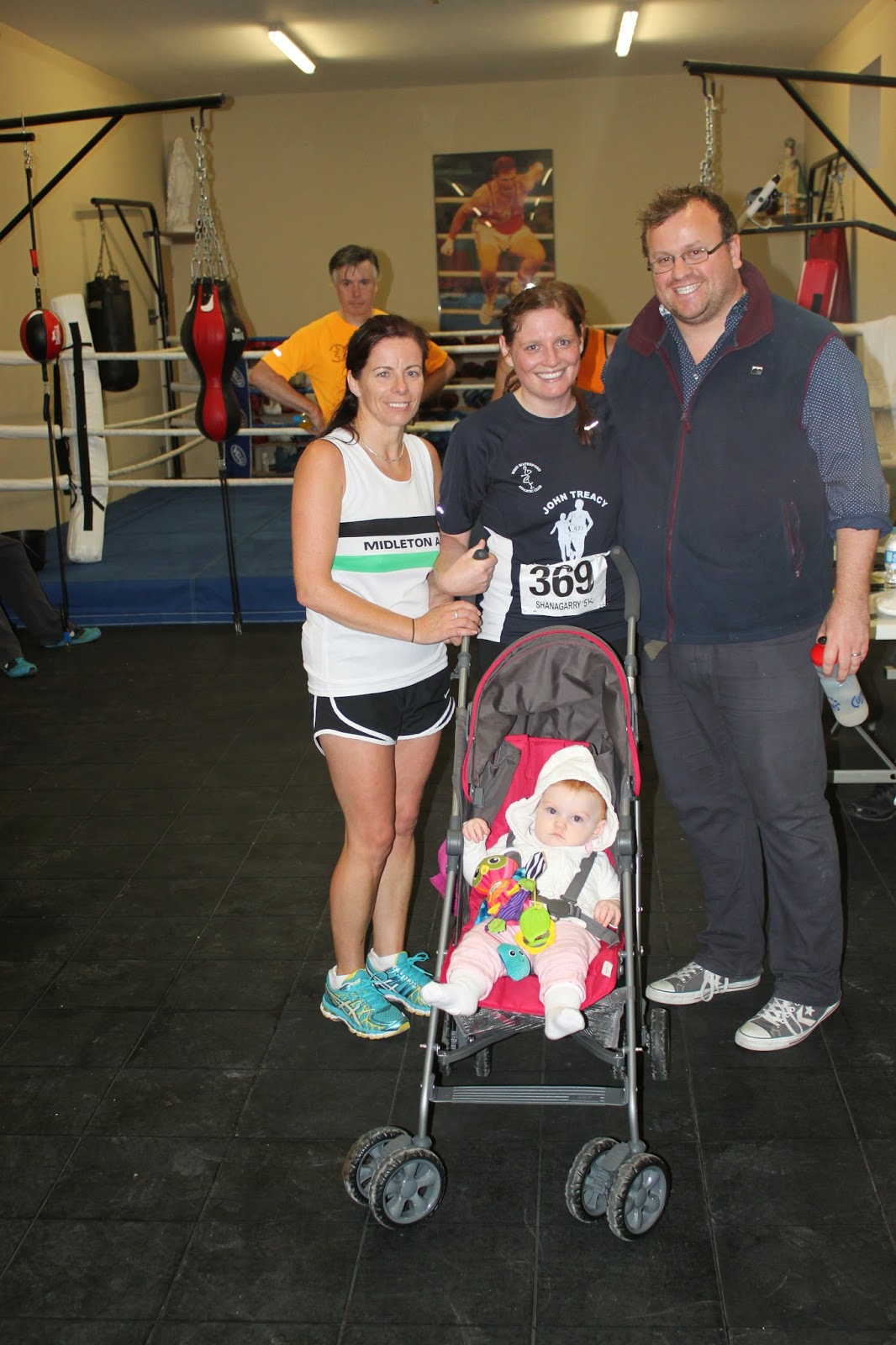 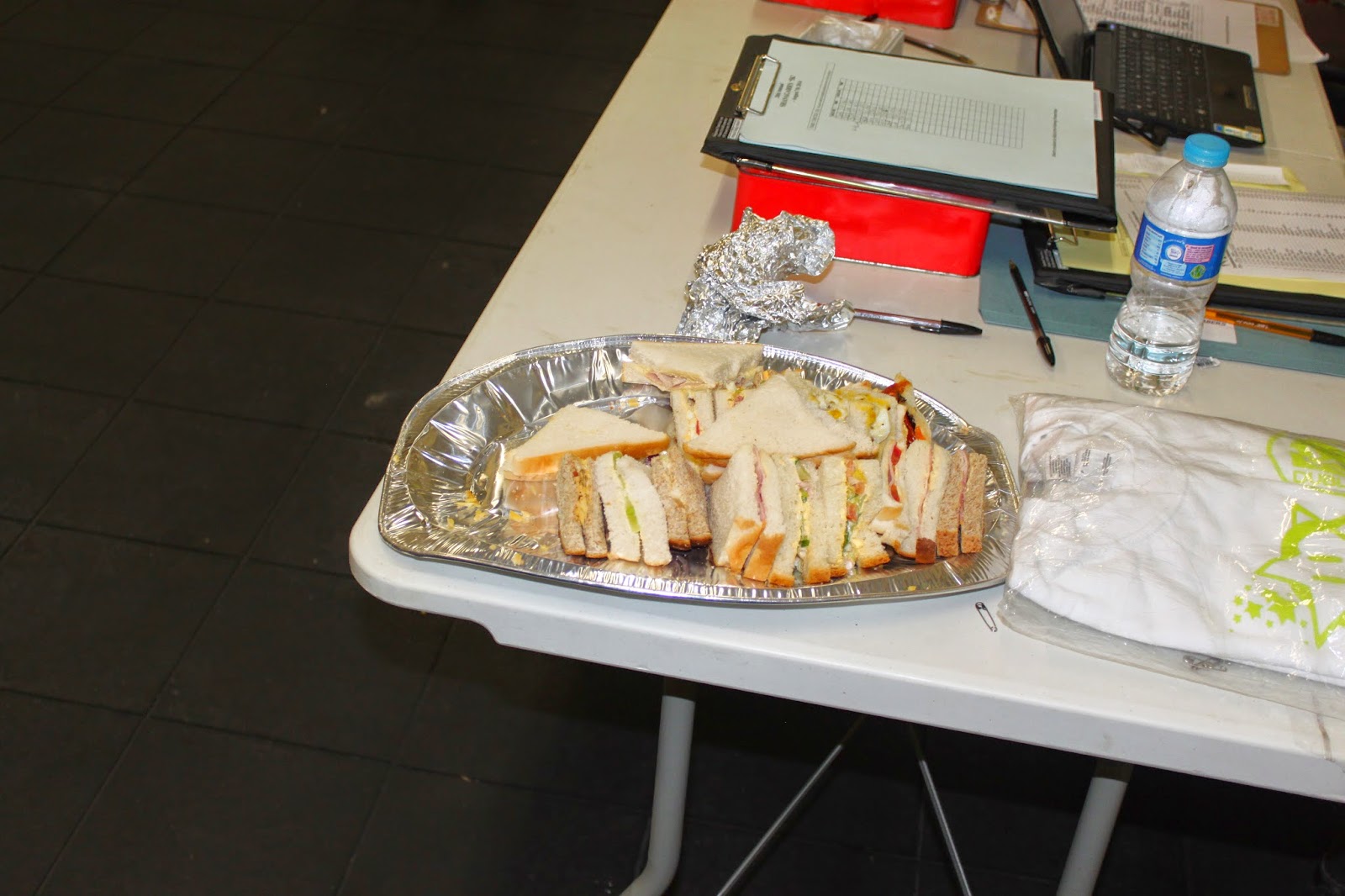 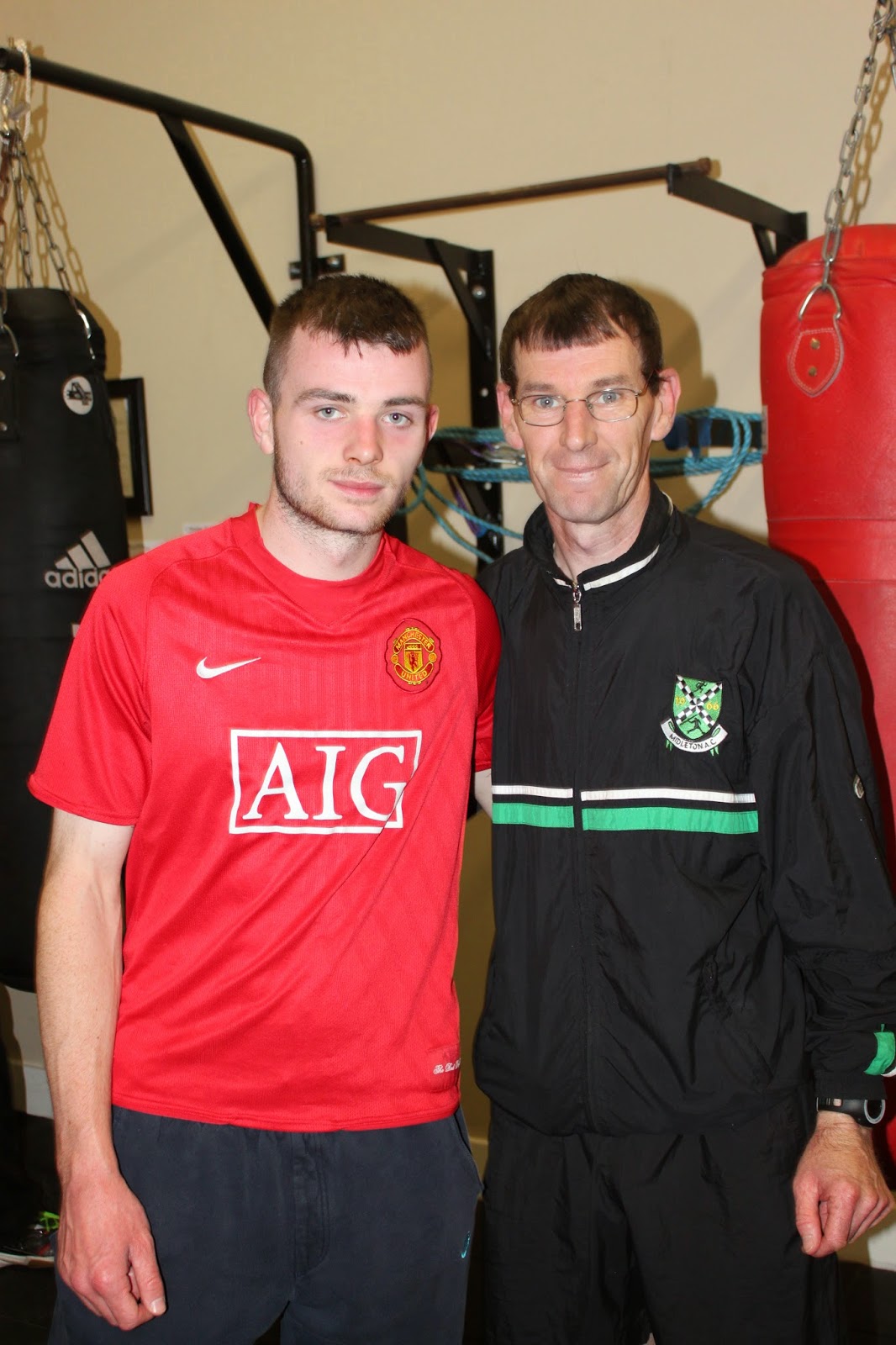 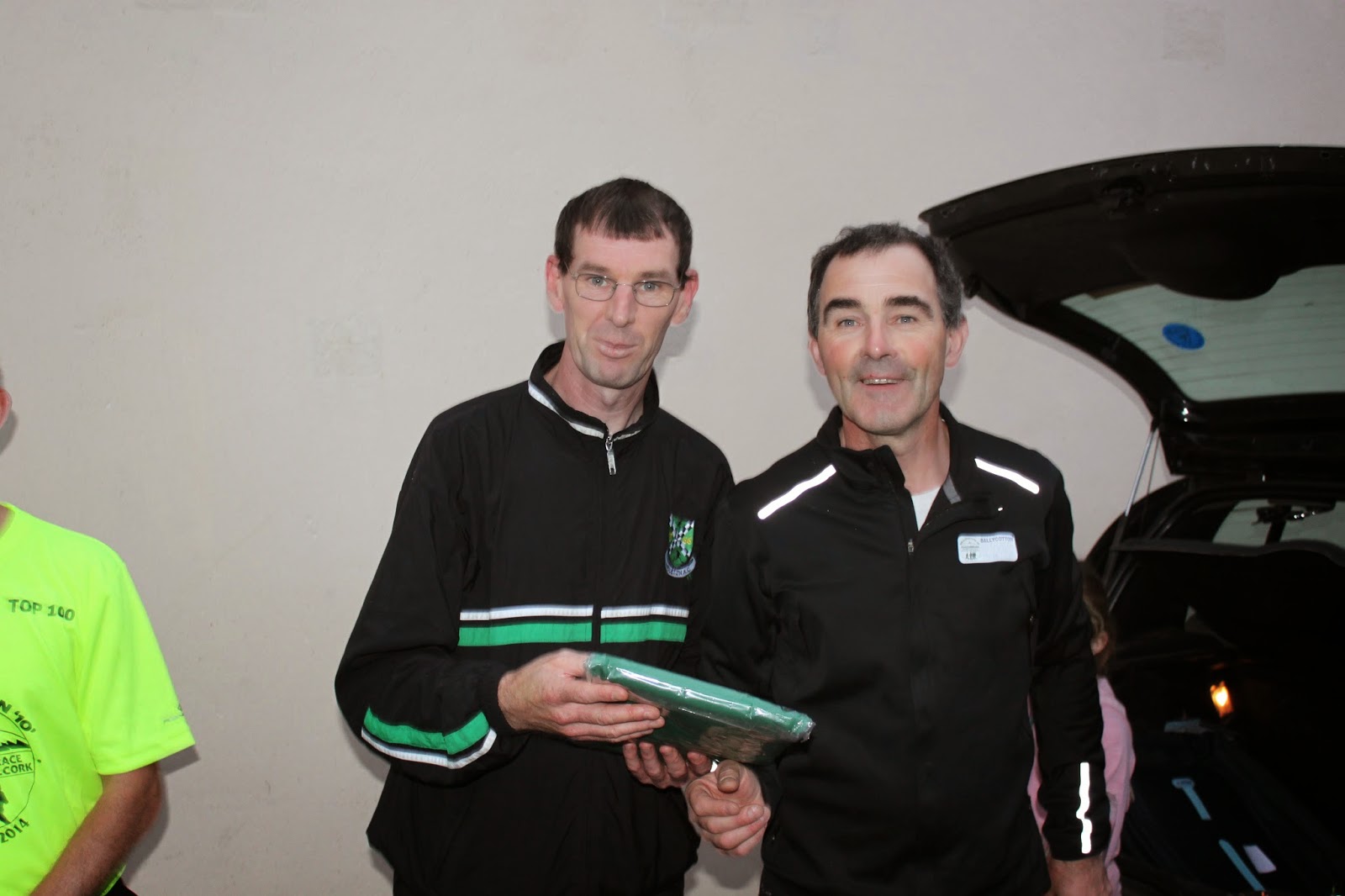 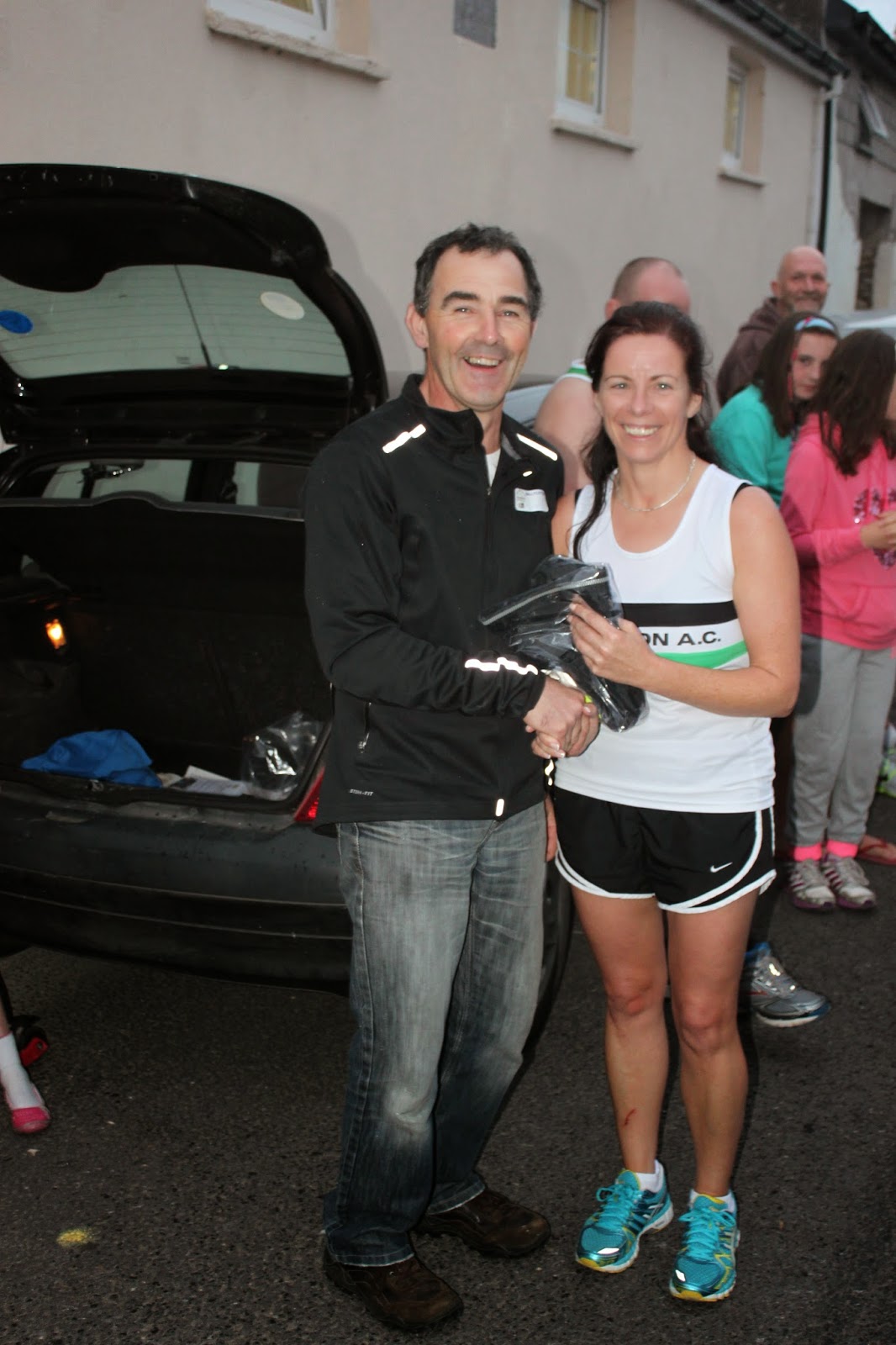 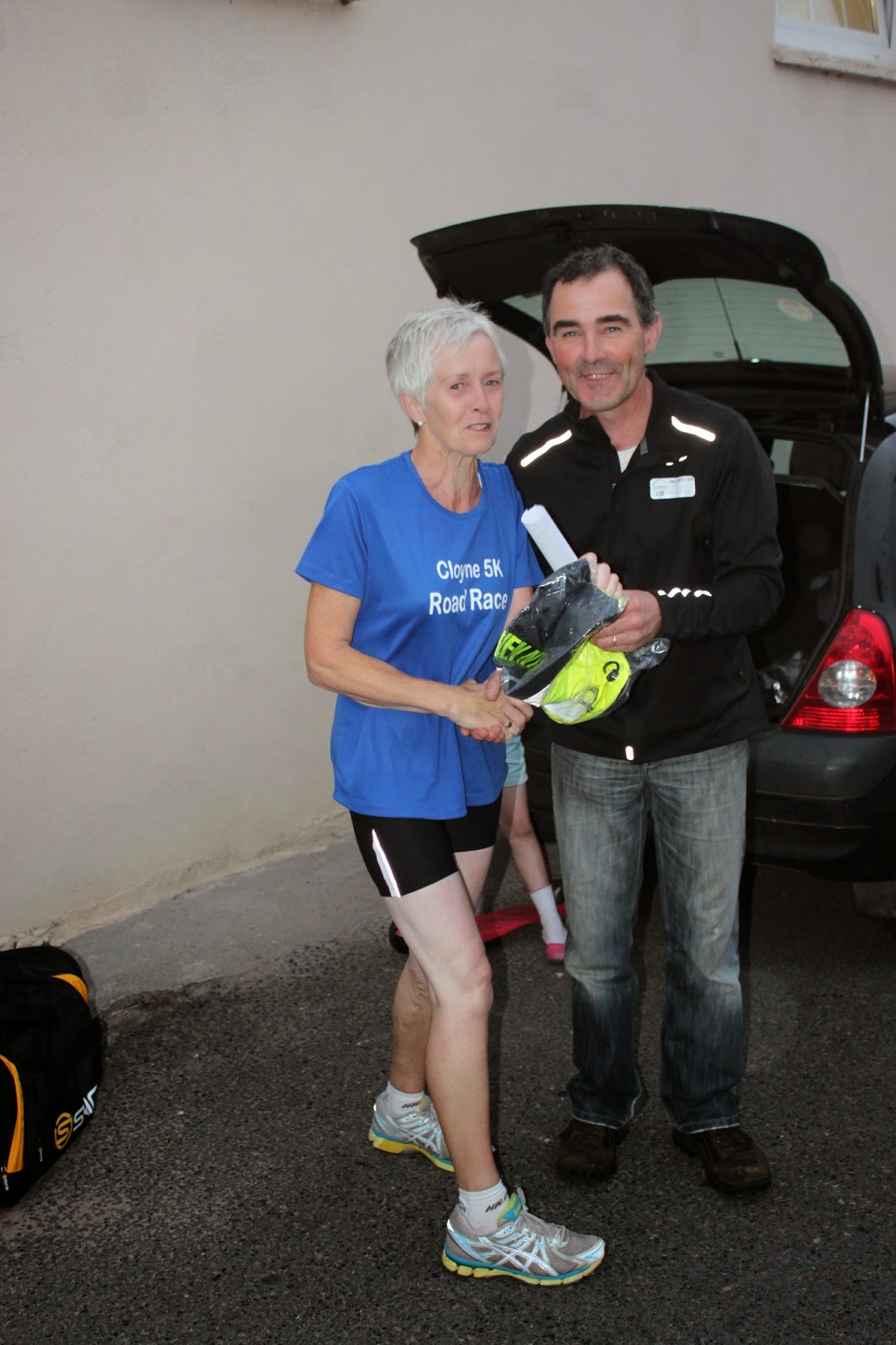 Margaret Barry 1st O/50
Shanagarry 5km
A great night was had by all in Shanagarry for the 28th running of the annual 5km.There were a total of fifty six finishers and we had some fine runs by our members with Fergal O’Meara getting back to near his best with a great time of  18.36 just 2 secs off his PB. John Dunphy was our first man home coming seventh overall and taking the first O/45 prize in a time of 18.08. John Cashman, Kris Dowdall and Mark O’Reilly all had fine runs.
Margaret Twohig was our first lady home and despite having an exhausting night last night she had a good run and took 1st O/45. Lana Creedon and Joy Sexton both had good runs also. Margaret Barry who ran with running "buddy" Danny McCarthy took 1st O/50 lady.
The highlight of the afters( SPREAD) was a plate of sandwiches brought from the leftovers of Cloyne by Bartholomew Kearney (as pictured) tea/coffee as promised was nowhere to be seen and as promised also there was no water either except from a tap 50 mtrs away. But it was still a fantastic night in the true traditional sense of running.
Danny
Posted by Midleton Athletic Club at 23:27